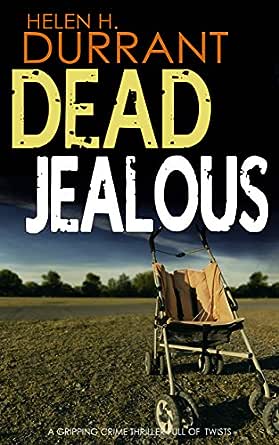 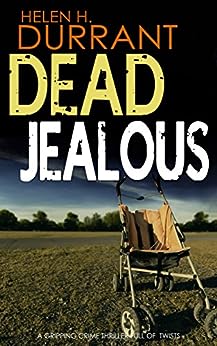 A teenage girl’s body is found in the back of a car on the notorious Hobfield housing estate. No one had reported her missing, but she’s been dead for a week.

Meanwhile, an old jar is brought into the station. It was found carefully wrapped in a blanket, with a child’s pink hairclip. The jar contains ashes and bone fragments.

Seventeen years ago, Detective Tom Calladine had been part of a team investigating the disappearance of Jessica Wilkins. Her mother had taken her to Leesdon Park one summer afternoon. She went to get the child an ice cream and when she returned her daughter was gone. Over the years there were no sightings, no witnesses — nothing.
Will there finally be closure for this unsolved mystery?

And why was the girl found in the car killed and why are her friends not telling the police the whole story?

Detectives Tom Calladine and Ruth Bayliss will unravel a web of lies and pain, in this fast-moving and gripping crime mystery.

Full of twists and turns, this is a crime thriller that will keep you turning the pages until the stunning conclusion.

What readers are saying about DEAD JEALOUS
“The plot twists and turns satisfyingly with great pace and tension. If you have never read this series of books you are in for a real treat.” Amanda Perrot

“Just won't let you put it down until the end.” Viv

“I was hooked from the first page. There were three crimes being investigated at the same time and the investigations were fast paced and kept you guessing until the last moment.” Barbara

“Another brilliant book. I love the way the story all intertwined with the different cases.” Janet

“If you are looking for a well done British police procedural, Dead Jealous is a fantastic choice.” Crittermom

If you like Angela Marsons, Rachel Abbott, Mel Sherratt, Ruth Rendell, or Mark Billingham you will enjoy this exciting new crime fiction writer.

THE DETECTIVES
Tom Calladine is a detective inspector who is devoted to his job. His personal life, however, is not so successful. Having been married and divorced before the age of twenty-one has set a pattern that he finds difficult to escape.
Ruth Bayliss is in her mid-thirties, plain-speaking but loyal. She is balancing her professional life with looking after a small child.

THE SETTING
The fictional village of Leesdon on the outskirts of an industrial northern English city. There is little work and a lot of crime. The bane of Calladine’s life is the Hobfield housing estate, breeding ground to all that is wrong with the area that he calls home.

Kindle Customer
5,0 van 5 sterren One old case, two new ones
11 december 2017 - Gepubliceerd op Amazon.com
Geverifieerde aankoop
Seventeen years ago a young mother pushed her baby's tram to the park. She thought the bay was sleeping, so she walked away to get some ice cream. When she came back the baby was gone. Calladine investigated that disappearance at the time, but now the case has been reopened. Meanwhile, a teenaged girl's decomposing body is found in the trunk of a car; and the local bully is stabbed and bushed off a balcony. To make matters even worse for Calladine, Bayliss' parter wants them to move to the south of the country. How will he ever get along without her? A lot bad stuff is going on and very little evidence and nobody is talking. Will Calladine and Bayliss be able to figure it out in the end? Once again Durrant has written an engaging, page-turning book. This book will stand alone, but to really appreciate this cast of characters, I recomend that you start with the first book and read all seven. If you don't, you might not enjoy the characters and all they've gone through together. I so hope Durrant intends to continue with this series. I know she's started another, but what if it's not as good as this one and I'm disappointed? Guess I'll just have to give the first one a try and see how it goes.
Meer lezen
Vertaal recensie in het Nederlands

Kindle Customer
5,0 van 5 sterren Really enjoyed it
20 juli 2017 - Gepubliceerd op Amazon.com
Geverifieerde aankoop
I have read all the books in the series and enjoyed them . You really need to read them in sequence
Meer lezen
3 mensen vonden dit nuttig
Vertaal recensie in het Nederlands

Donna Dee
5,0 van 5 sterren Another great addition
19 oktober 2017 - Gepubliceerd op Amazon.com
Geverifieerde aankoop
Great read, interesting story and I'm really enjoying the characters development in this series. If you haven't read the rest, do yourself a favour as it's a great series, I can't wait for the next one!
Meer lezen
Een iemand vond dit nuttig
Vertaal recensie in het Nederlands

Amazon Customer
4,0 van 5 sterren Great Book!
16 augustus 2017 - Gepubliceerd op Amazon.com
Geverifieerde aankoop
A very good story, not unrealistic like a lot of mystery/crime books. It was suspenseful, but a little anti-climatic. Overall a good read though!
Another reason I only gave 4 stars is because the last couple of chapters were printer crooked and the spine started to tear apart.