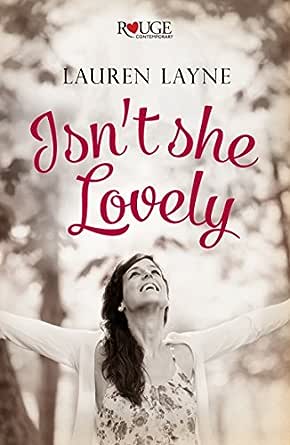 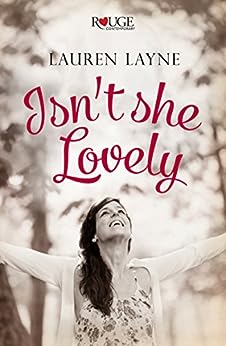 She needed a place to live. He needed a girlfriend. The rules were clear... until they were broken...

The only thing Ethan Price and Stephanie Kendrick have in common is their screenwriting class at the NYU Film School. Ethan's family is loaded and expectations are high for his stepping into the family business one day, while Stephanie is the class outcast and from the other side of the tracks.

When a project brings this unlikely pair together, Stephanie becomes the fake girlfriend who plays a part similar to that of the character in their screenplay. What Ethan didn't expect was to fall in love with her - but has he fallen for the real her? Or just the version he created...?

Isn't She Lovely is a modern take on Julia Roberts' Pretty Woman and is perfect for fans of Jessica Sorenson and Tammara Webber.

lizliz
3,0 van 5 sterren Romantic comedy book style
1 april 2016 - Gepubliceerd op Amazon.com
Geverifieerde aankoop
It took me a while to get into this one but I really enjoyed it. I liked the characters and their issues. This book won't be for everyone but if you like happy little stories with a little bit of self reference and black eyeliner this will work for you. I read this after part 1 in this series and that worked fine (I'm not sure which order they were intended to be read in).
Meer lezen
Vertaal recensie in het Nederlands

"Instead of the carefree, find-myself summer I envisioned, I’ll be spending the next three months with my own life-sized Ken doll. And that isn’t even the worst of it."

I’m a huge movie buff, so when the word ‘Pygmalion’ showed up, I was a little skeptical. These types of movies can be quite repetitive so to have it as a the basis of a storyline in the new book I was reading, I was a little worried I’d get bored. But I was sooooo wrong! Anyone who is familiar with Pygmalion & Pretty Woman will get the general idea of how the story pans out.

Ethan and Stephanie are partnered up in their screenwriting class and neither of them is happy about it. Stephanie is moody and downright scary looking with her black eyeliner/eye shadow, black clothes, black combat boots, black…. well you get the idea.

"Instead of the carefree, find-myself summer I envisioned, I’ll be spending the next three months with my own life-sized Ken doll. And that isn’t even the worst of it."

They come up with an idea similar to that of Pygmalion, where one character ‘trains’ the other to be someone different for a period of time. In this case, Ethan gives Stephanie a make-over to fit in as his pretend ‘preppy’ girlfriend over the summer so his mother will stop trying to play match-maker with him and Olivia– his childhood friend/ex girlfriend who broke his heart.

“Yeah. She’s pretty,” I say, my eyes taking in the absolute f**king miracle that is Stephanie Kendrick in a bikini."

This was such a breath of fresh air in the NA genre. I constantly find myself flicking through books trying to find ones with something a little different to what I have read in the past, and although this book is everything a romance novel should be, it had so much more.

From the incredible characters to the plot line, Lauren Layne told us a beautiful coming of age story about a girl who died inside the day her mother passed away, shutting herself off from her family, and the world and the snobby rich boy who brought her back to life.

"And hell, even a bitter, man-hating rebel can be a sucker for a guy who understands the sexiness in a head-holding kiss."

I am such a sucker for these kinds of stories, but this one will always be one that stands out from the rest. Lauren’s storytelling is addictive. I began this book at 9pm at night and struggled with myself to put it down to get a least an hour sleep. It flowed so well from chapter to chapter, in dual POV and sucked me right in.

The chemistry and sexual tension between Ethan and Stephanie was palpable but did not once make me feel like I needed things to happen quicker. The slow build up of scenes, the humour, the “is he pretending or is this real?” questions hit us throughout the entire story and it was so beautiful to watch. Each character was perfectly written for their role in the story. Even Ethan’s ex, Olivia gave the story what it needed to be a pretty damn perfect romance.

Lauren Layne you have just scored yourself a new fangirl!!

Erinne_JC
5,0 van 5 sterren Fantastic
24 december 2014 - Gepubliceerd op Amazon.com
I absolutely adored this book. My only complaint is that I wish I could read it all over again for the first time, so I could experience the joy, romance and love between these characters again. I loved Ethan and Stephanie. This book was fantastic.
Meer lezen
Vertaal recensie in het Nederlands
Ga naar Amazon.com om alle 3 recensies te bekijken 4,1 van 5 sterren
Terug naar boven
Over ons
Verkoop bij ons
We helpen je graag
© 1996-2020, Amazon.com, Inc. en dochterondernemingen