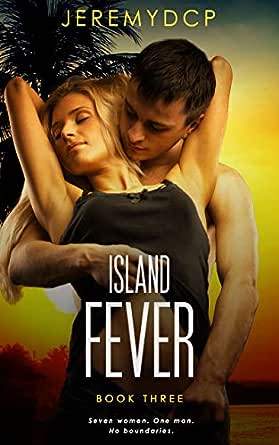 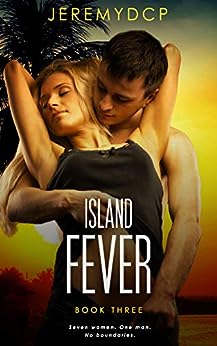 Amy placed both hands upon my face and continued to kiss and nibble upon my neck, sending shockwaves straight to my inner core. "I cannot say it enough, Jeremy. You're the best thing that's ever happened to me and I don't want to lose you. I cannot lose you. I'd… die without you." The last shred of her control shattered, Amy then moved her mouth up to mine and kissed me madly, passionately, hungrily.

My senses were close to overload as I could tell Amy wanted to strip me naked and have her carnal way. But even she knew now wasn't the time. Not in the middle of the ocean as I steered the boat. Not with three sleeping beauties so close that any excess noise could, in theory, wake them up.

Instead Amy improvised, again burying her face in my neck, her lips plucking and taking, as she began to ride my thigh. Holy hell, that felt good! "I'd do anything for you, Jeremy. Anything at all to make you happy." Her voice was saturated with torrid emotion. "I love you… so much."

While his relationship with Pamela appears to be on the rocks due to the huge mistake he made, Jeremy Morris has several alternatives for love as Kristanna, Devon and especially Amy continue to vie for his attention. What if Trish decides that she wants to throw her proverbial hat into the mix, too? Surely young Lindsay wouldn't be interested in a commitment, would she?

But what if all Jeremy really wants is to be with Pamela? Despite being a stripper for the past 11 years, she is the unquestioned girl of his dreams...

Turmoil brews and sexual tensions sizzle as the ladies near the end of their six-week-long stay in paradise on Jeremy's tropical island. Is there a way for everyone to be happy in the end?

Page Up and Order Now.

Ages 18+. Intended for mature audiences only.