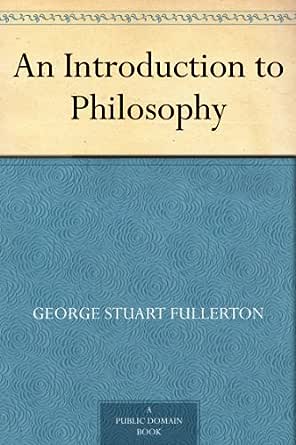 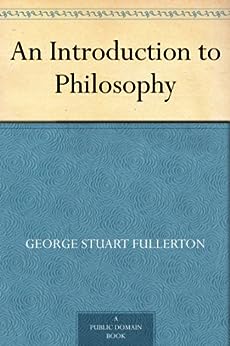 Asko Korpela
5,0 van 5 sterren 016 An excellent path to philosophy
1 september 2014 - Gepubliceerd op Amazon.com
Geverifieerde aankoop
Fullerton's Introduction to Philosophy is an excellent path to the fascinating aspects of philosophy, still today, although first published hundred years ago. True although he says in his preface the opposite that "there cannot be said to be a beaten path in philosophy" and that he concludes his discussion of 'modern philosophy' by the admonition of his thesis 93. DO NOT HASTILY ACCEPT A DOCTRINE. But that is what philosophy is: a cavalcade of controversies.
Fullerton announces his aim in six points:
1. To point out what the word "philosophy" means.
2. To explain the nature of reflective or philosophic thinking.
3. To give a general view of the main problems in philosophy.
4. To give account of some of the most important doctrines in philosophy.
5. To indicate the relation of philosophy to other sciences.
6. To show that the study of philosophy is of value to us all.
The text is divided into parts correspondingly and emphasized in 93 theses. All in all it is easy to see that behind the presentation there is an experience of years, perhaps decades of teaching the subject to university students. No hunches but systematic and careful and well founded formulations to an audience first time meeting this subject. Therefore still today recommendable an introduction. And for that matter: philosophy is one of the oldest fields of systematic thinking, not outdated or obsolete in a century out of twentyfive at least. So, Fullerton can really be recommended, in the discussive sense of 'Socrates, that greatest of teachers'.

C. Reinders II
5,0 van 5 sterren What A Ride!
28 september 2013 - Gepubliceerd op Amazon.com
Geverifieerde aankoop
Having been an avid reader all my life, I'd read bits and pieces of Plato, Socrates, and other 'Philosophers' over the years, So when i saw this book, I thought to myself, why not?

What a fascinating read! I had no idea of the depth and breadth of philosophy, going back as far as 5000 years by some estimates. The word itself comes from the Greek 'philosophia' which means "Love of Wisdom."

The search for the meaning of all things real or unreal, wright or wrong, what is only in our minds and what is reality. And the debate, which has been going on those 5000 years is still going on.
Meer lezen
10 mensen vonden dit nuttig
Vertaal recensie in het Nederlands

truthtrumpspc
4,0 van 5 sterren Turn of the century view of philosophy
13 augustus 2012 - Gepubliceerd op Amazon.com
Geverifieerde aankoop
The book was written in 1906, and I must say that it has an odd air about it. It has no title page and even the spine is without a title or the publisher? I suppose it's a public domain book; but on balance I'm glad that the publisher undertook the effort to re-issue it. Mr. Fullerton wrote this book at a time when psychology and philosophy were parting ways and as both a philosopher and psychologist he offers an interesting perspective from the period. He writes about philosophical ideas from his take on how these are understood by; 1) the plain man, 2) the scientist, and 3) the philosopher. He sees the plain man as informed by common sense. The scientist is more observant in his field and also builds on past knowledge. The philosopher engages in "reflection" of everything ignored or assumed by others.

I hesitate to recommend this book to the general reader interested in an introduction to philosophy. Usually an introductory philosophy book uses an historical approach or a study of topics relating to the systematic branches such as epistemology, ethics, etc. The author's treatment does touch on most topics, but seems to use them only as a vehicle to focus on the topic of "mind" and from his "realist" viewpoint. I personally found the entire discussion on the "mind" very insightful, but the author goes overboard to the neglect of discussion of systematic topics that would be beneficial to those not familiar with traditional philosophy. I also found his ideas on "space" and "time" quite interesting but his metaphysical discussions might be considered quaint by today's anti-metaphysical philosophers. I would also add that his religious background has obviously biased and somewhat clouded his discussion of the philosophy of religion.

Mr. Fullerton's focus on "mind" is not surprising because philosophers in general taken this subjective bypass in modern philosophy ever since Mr. Descartes figured out that he existed (or at least a thinking entity existed) and they have focused almost exclusively on what today is considered epistemology ever since. Much of what passes for philosophy today has an cryptic, amateur psychology ring about it in the realm and borderlands of metaphysics. Gone are the grand systems of thought presented by Aristotle, Kant, and others. Interestingly the author compares philosophy to poetry although he states as a maxim that standards of evidence for philosophy need to match those of science. Schools of thought such as "realist", "idealist", "monists', "dualists" and so forth are not to be thought of as the definitive eternal truth, but rather analogously as a "sect" or "political party" for a time and place, and furthermore to be agreed with only tentatively for good reason.

None of what I've said detracts from the fascinating words of wisdom imparted by Mr. Fullerton but too much space is devoted in an attempt to motivate the reader into realizing the worth of philosophy itself. Presumably anyone undertaking to read the book is already motivated to do so, although perhaps he might be addressing someone like a student coerced into it as a required reading (as one student reviewer states elsewhere). I must sympathize with her as she says that it's a good book to put you to sleep at night. It seems that what most of us would call a paragraph full of ideas, Mr. Fullerton considered a run-on sentence. Mr. Fullerton uses little technical jargon, but the incessant run-on sentences, occasional double negatives, as well as the use of phraseology of the early 1900's comes across as an awkward style to follow. The strange formatting of paragraphs appears to divide them into smaller and more visually absorbable units. Ironically he addresses the issue of philosophers writing in a difficult and prosaic style, but neglects to consider himself as being in that category.
Meer lezen
18 mensen vonden dit nuttig
Vertaal recensie in het Nederlands

Keith A
4,0 van 5 sterren Not a HISTORY... but an APPROACH to Philosophy!
3 augustus 2018 - Gepubliceerd op Amazon.com
Geverifieerde aankoop
Although this is not a current book in Philosophy, Preface by George Fullerton dated 1906, I enjoy his approach to philosophy. It is a great read. His approach to all learning / Philosophy is intriguing to me. I will re-read this in the future.
Meer lezen
Vertaal recensie in het Nederlands