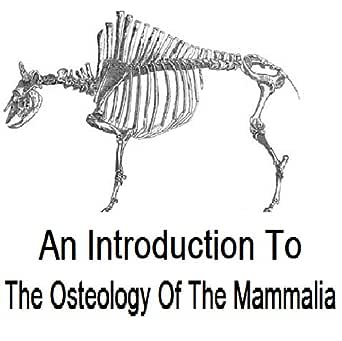 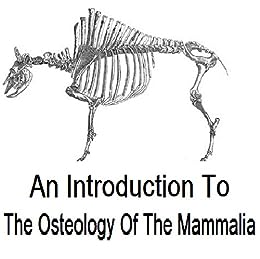 THE desire to acquire a knowledge of the structure of some portion at least of the Animal Kingdom, now becoming so general, is often checked by the difficulty of determining where to make a beginning amid the vast extent and variety of the materials at hard.

I have selected for my first course of lectures on Comparative Anatomy at the Royal College of Surgeons, the structure and modifications of the Skeleton, because, as the framework around which jthe rest of the body is built up, it gives, more than any other system, an outline of the general organization of the whole animal, and also because it is the most convenient for study, on account of the facility with which it can be preserved and examined.

Moreover, Osteology has special importance in com parison with the study of any other system, inasmuch as large numbers of animals, all in fact of those not at presen existing on the earth, can be known to us by little else than the form of their bones.

In endeavouring to gain anatomical knowledge, it signifies little with which group of animals a commencement is made.

The structure of Man has undoubtedly a more universal interest than that of any other organized being, and has, therefore, been more thoroughly worked out; and as the majority of terms used in describing the parts composing the bodies of Vertebrate animals were originally bestowed on account of their form, relation, or real or fancied resemblance to some object, as they were met with in Man, there are advantages in commencing with members of the highest class, and mastering their essential characters before proceeding to acquire knowledge of the other groups.

But as human anatomy may be taken as a point of departure from which to set out in the study of that of other Vertebrates, so, on the other hand, those whose special duty it is to become familiar with its details, will find themselves greatly assisted by some knowledge of the structure of lower forms. Thus the essential characters of the human skull will be much better understood if the student will also make himself acquainted with those of some simpler condition of Mammalian cranium, as that of the dog or sheep.

Although the present work contains the substance of a course of lectures, the form has been changed, so as the better to adapt it as a handbook for students. Theoretical views have been almost entirely excluded; and while it is impossible in a scientific treatise to avoid the employment of technical terms, it has been my endeavour to use no more than are absolutely necessary, and to exercise due care in selecting only those that seem most appropriate, or which have received the sanction of general adoption.

With very few exceptions, all the illustrations have been drawn expressly for this work, with great care and fidelity, by Mr. R. W. Sherwin, from specimens in the Museum of the Royal College of Surgeons....
click to open popover