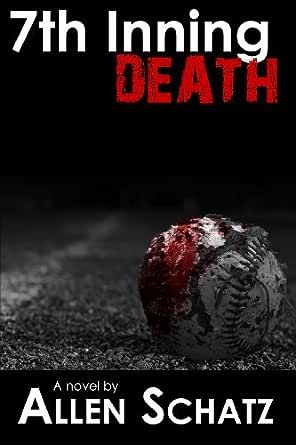 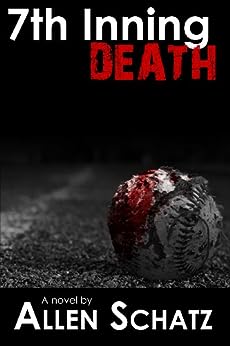 Major league umpire Marshall Connors is trying to regroup and get his life back to something resembling normal. After surviving the wrath of a psychotic revenge-hungry killer during the most recent World Series, Marshall wants nothing more than a return to the relative obscurity of his profession, and the simplicity of the game he loves, all while nurturing a new relationship.

Former FBI agent John King isn’t really a bad person, but a few loose wires make him seem that way. He, too, is looking for normalcy, but disgraced and fired by the FBI, King must battle through a horde of personal demons to get there. A new job gives him hope, but the struggles grow when King discovers another monster, one more vicious and dangerous than those in his head.

Before the walls of his world collapse completely, King makes a last desperate attempt for salvation, leading him once again into Marshall's life. The collision leaves the umpire in the middle of another game he would rather not play.

With the help of his best friend, Thomas Hillsborough--ex-CIA spy--Marshall can only hope a solution arrives in time.

7th Inning Death -- because you can't stretch when you're dead...
click to open popover

Debbieces
5,0 van 5 sterren Keep Them Coming
30 augustus 2011 - Gepubliceerd op Amazon.com
Geverifieerde aankoop
Ok I have been telling anyone who will listen about the books I have been reading...currently 7th Inning Death by Allen Schatz. Game 7: Dead Ball was amazing and definitely left you wanting more. I am nearing the end of the 2nd in the series and I feel like I am reading something written by someone whose been on the NY Times Best Seller List for years. Then I realize this is only Mr. Schatz' Second Book and it amazes me. I bookmarked my spot and put it down because I REALLY want to enjoy the end of this GREAT Mystery Thriller. The Good Thing is I know there is one more Book in the series. Allen I hope you are at the computer working on something new ...I have found a new FAVORITE AUTHOR.
Meer lezen
Een iemand vond dit nuttig
Vertaal recensie in het Nederlands

todd iams
5,0 van 5 sterren Marshall Connors part 2!
13 mei 2012 - Gepubliceerd op Amazon.com
Geverifieerde aankoop
7th Innings Death is another great book! I haven't read this much in years! Allen Schatz absolutely causes you, the reader, to read this book until you finish it. I am not much of a reader, but Allen has brought me back to books. Great job Allen!
Meer lezen
Vertaal recensie in het Nederlands

Amazon Customer
3,0 van 5 sterren Not for kids
19 juni 2014 - Gepubliceerd op Amazon.com
Geverifieerde aankoop
Easy read especially if looking to complete within a day or two. Overuse and needless use of vulgar language keeps it from being rated any higher.
Meer lezen
Vertaal recensie in het Nederlands

randy g
2,0 van 5 sterren Bipolar
28 december 2014 - Gepubliceerd op Amazon.com
Geverifieerde aankoop
The theme of bipolar/depression made this story interesting. However, I am seriously getting bummed by all the potty mouthed characters when it just isn't necessary. Maybe I need to go back to the Hardy Boys to read a good mystery without overkill of foul language.
Meer lezen
Vertaal recensie in het Nederlands