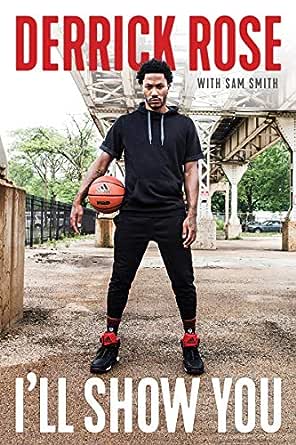 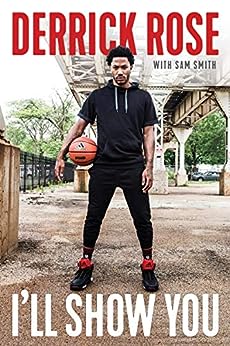 In 2012, Derrick Rose was on top of the world.After growing up in Chicago's Englewood neighborhood, Rose achieved an improbable childhood dream: being selected first overall in the NBA draft by his hometown Chicago Bulls. The point guard known to his family as "Pooh" was a phenom, winning the Rookie of the Year award and electrifying fans around the world. In 2011, he became the youngest MVP in league history. He and the Bulls believed the city's first berth in the NBA Finals since the Jordan era was on the horizon. Rarely had a bond between a player and fans been so strong, as the city wrapped its arms around the homegrown hero.Six years and four knee surgeries later, he was waived by the Utah Jazz, a once surefire Hall of Fame career seemingly on the brink of collapse. Many speculated his days in the NBA were over.But Derrick Rose never doubted himself, never believed his struggles on and off the court were anything other than temporary setbacks. Rather than telling the world he had more to give, he decided to show them.I'll Show You is an honest, intimate conversation with one of the world's most popular athletes, a star whose on-court brilliance is matched only by his aversion to the spotlight. Written with New York Times bestselling author Sam Smith, Rose opens himself up to fans in a way they've never seen before, creating a document that is as unflinching—and at times as uncomfortable—as a personal diary.Detailing his childhood spent in one of his city's most dangerous neighborhoods; his relationships with both opponents and teammates; the pain and controversies surrounding his career-altering injuries; his complicated relationship to fame and fortune; and his rise, fall, and reemergence as the player LeBron James says is "still a superhero," I'll Show You is one of the most candid and surprising autobiographies of a modern-day superstar ever written.
click to open popover

BJ
5,0 van 5 sterren I love D Rose
12 september 2019 - Gepubliceerd op Amazon.com
Geverifieerde aankoop
I love how real this book is couldn’t wait to get it and start reading. We actually grew up in the same neighborhood many years apart tho. I wrestled at Murray park field house and that indeed was a gang infested area. If your a D rose fan this book is HIGHLY RECOMMENDED
Meer lezen
9 mensen vonden dit nuttig
Vertaal recensie in het Nederlands

Alex
5,0 van 5 sterren Great Read
18 september 2019 - Gepubliceerd op Amazon.com
Geverifieerde aankoop
I’m big fan of Derrick Rose, but wasn’t sure what to expect from the book. I couldn’t put it down and ended up finishing it in about a day. I couldn’t believe how candid he was. Even if your not a fan of him, the insight from this on the NBA is worth it.
Meer lezen
4 mensen vonden dit nuttig
Vertaal recensie in het Nederlands

VV
5,0 van 5 sterren Powerful Story
20 oktober 2019 - Gepubliceerd op Amazon.com
Geverifieerde aankoop
I loved this book! Gave me new perspectives on life and learned a lot about D Rose himself that I previously did not know about. Derrick Rose is my favorite athlete of all time and someone I look up to as a role model, even more so because of how sincere, genuine, and humble he is in the book.
Meer lezen
3 mensen vonden dit nuttig
Vertaal recensie in het Nederlands

jason davis
5,0 van 5 sterren Different from others.
29 oktober 2019 - Gepubliceerd op Amazon.com
Geverifieerde aankoop
This is one of my favorite autobiographies in a long time. I don't really read autobiographies because they are often boring, especially the way it's written. This was written like a conversation with stories weaved in and out. Loved it
Meer lezen
3 mensen vonden dit nuttig
Vertaal recensie in het Nederlands