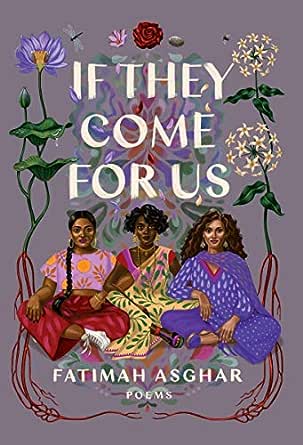 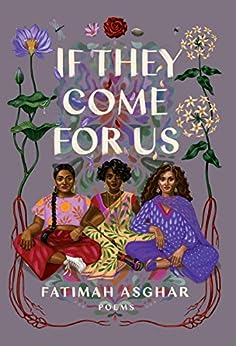 If They Come For Us (English Edition) Kindle-editie

"An outstanding collection of poetry . . . wonderful play with form . . . These poems cover so much--identity, loss, brown girlhood, the complicated bonds of family, what home is when home is torn apart. Much to admire here. [I] will be thinking about these poems for a long time to come."--Roxane Gay "[Fatimah] Asghar presents a debut poetry collection showcasing both a fierce and tender new voice. . . . Through simultaneously lyrical and frank poems like 'Kal, ' 'Ghareeb, ' and 'Halal, ' Asghar allows poignant contradictions to rise to the surface."--Booklist "In forms both traditional . . . and unorthodox . . . Asghar interrogates divisions along lines of nationality, age, and gender, illuminating the forces by which identity is fixed or flexible. Most vivid and revelatory are pieces such as 'Boy, ' whose perspicacious turns and irreverent idiom conjure the rich, jagged textures of a childhood shadowed by loss."--The New Yorker "This summer, [Asghar's] debut poetry collection cemented her status as one of the city's greatest present-day poets. . . . A stunning work of art that tackles place, race, sexuality and violence. These poems--both personal and historical, both celebratory and aggrieved--are unquestionably powerful in a way that would doubtless make both Gwendolyn Brooks and Harriet Monroe proud."--Chicago Review of Books "If They Come for Us is a searing search for self."--Electric Literature "If They Come for Us is a remarkable debut collection, and Asghar's poetic voice strikes a singular note in several places. Not one of the 44 poems in it feels superfluous. Asghar may unapologetically rip the reader's heart open, but she also sutures it with the utmost tenderness and care."--Live Mint "Every age has its poets who spring-load every line with the personal and political so that you know what it was to be fully alive in that time and place--or torn from it. Asghar provides this anguished specificity in her debut poetry collection, a meditation on identity, dislocation, and loss. . . . Taut lines, vivid language, and searing images range cover to cover. . . . Inventive, sad, gripping, and beautiful."--Library Journal (starred review)

"In this awe-inspiring debut, Asghar, writer of the Emmy-nominated web series 'Brown Girls, ' explores the painful, sometimes psychologically debilitating journey of establishing her identity as a queer brown woman within the confines of white America. . . . Honest, personal, and intimate without being insular or myopic, Asghar's collection reveals a sense of strength and hope found in identity and cultural history.'"--Publishers Weekly (starred review)

'Fatimah Asghar's debut collection brought me to tears many times over. It is urgent, compelling and filled with fragments of history that have changed the face of the world. Its exploration of queerness, grief, Muslim identity, partition and being a woman of colour in a white supremacist world make this the most essential collection of poems you'll read this year' Nikesh Shukla, editor of The Good Immigrant, author of The One Who Wrote Destiny

Poet and co-creator of the Emmy-nominated web series Brown Girls captures her experience as a Pakistani Muslim woman in contemporary America, while exploring identity, violence, and healing.

an aunt teaches me how to tell
an edible flower
from a poisonous one.
just in case, I hear her say, just in case.

Orphaned as a child, Fatimah Asghar grapples with coming of age and navigating questions of sexuality and race without the guidance of a mother or father. These poems at once bear anguish, joy, vulnerability, and compassion, while also exploring the many facets of violence: how it persists within us, how it is inherited across generations, and how it manifests itself in our relationships. In experimental forms and language both lyrical and raw, Asghar seamlessly braids together marginalized people's histories with her own understanding of identity, place, and belonging.

Amber Garabrandt
4,0 van 5 sterren beautiful, and necessary
12 februari 2019 - Gepubliceerd op Amazon.com
Geverifieerde aankoop
A debut poetry collection that looks into what it's like to be a Pakistani Muslim woman in America.  Filled with anger, joy, confusion and love, she tells her story.  A story of being orphaned, coming of age without a mother, questions about race and sexuality, and love for a world that put a target on her back.  For such a short book, it packs a wallop.

Is this the best book of poetry ever written?  No.  But it's good, and it's important.  I find myself gravitating more and more toward stories about immigrants or other cultures in America, what they have to deal with, how they try to adapt, because I fear becoming complacent- forgetting for even a moment that what is so easy for me isn't for everyone- that we aren't all equal in other's eyes even if everyone is in mine.  Does this make sense or am I just rambling?  For me, the first step toward making an America that loves and accepts everyone is accepting the differences and the past- what they had to go through and their heritage.  I want to understand how others feel, because ignorance is just not an option.  As I have always found I learn and understand best when things are written, it just makes sense for me to seek books like these out.

Excuse me while I climb down from my soap box.   The poems and exerts here made me smile sometimes, and cry in others.  It made me feel, as all good writing should.  I found pieces that surprised me, and resonated with me.  It was honest, open and beautiful... even if the prose were just a tad imperfect.  Actually, maybe more so because of that.  For me, this is a four star collection.

On the adult content, there's some language and it does touch on some more adult themes but I still see this as being very teen friendly.  I give it a three.
Meer lezen
7 mensen vonden dit nuttig
Vertaal recensie in het Nederlands

Jalisa Whitley
4,0 van 5 sterren A Light
25 januari 2019 - Gepubliceerd op Amazon.com
Geverifieerde aankoop
The book was first and foremost so enlightening. I learned so much about partition and plan to learn so much more. I heard Fatimah Asghar read at Split this Rock and have been excited to dive into the since then. The poetry is playful and gutteral, light and dark. It is breaking and healing all at the same time. I appreciate that she doesn't italicize anything which forces you to do your research and question the ease of understanding you take for granted as an English speaker. The book is an invitation into the experience of being "other" and traversing culture, never really being a part of either. Longing for home. "If They Come For Us" is an introduction to a great poet I can't wait to re-meet.
Meer lezen
3 mensen vonden dit nuttig
Vertaal recensie in het Nederlands

I only want to look at one page and get the idea. Short and sweet.

Asghar’s poetry was longer than that. It sometimes covered many pages, but in those pages, I got the full picture of life as a young Muslim women from a family separated by the partition of India and Pakistan who immigrated to the US. It is a timely book in our world today. To live in two worlds and to be accepted fully by neither.

One poem that sticks in my memory is the Microaggression Grid, which is like a bingo board. Being asked about the hijab, being told that her family is sooo authentic, having her name mispronounced by the teacher on the last day of school, and everyone thinking that she was an expert yogi are just a few blocks on the board.

Yes, it was outside my comfort zone – both the topic and the format. It was a small but powerful book where I read a few poems at a time and thought about them afterwards. That is what the Modern Mrs. Darcy challenge is about.
Meer lezen
Een iemand vond dit nuttig
Vertaal recensie in het Nederlands

S R
5,0 van 5 sterren Buy it
22 oktober 2018 - Gepubliceerd op Amazon.com
Geverifieerde aankoop
Beautifully written, funny and creative with forms (almost every poem tries something new, from mad lib style news stories to a screenplay about the author’s family fleeing Kashmir during Partition). If you’re any minority at all and even remotely interested in history or coming-of-age poems, you’ll enjoy this. I would recommend it to everyone since these are such important conversations which too few people have. Wow that sounds like a bot wrote it... this was just a really good book, okay?
Meer lezen
4 mensen vonden dit nuttig
Vertaal recensie in het Nederlands

Spivey
5,0 van 5 sterren Amazing
5 maart 2020 - Gepubliceerd op Amazon.com
Geverifieerde aankoop
This incredible collection is full of politics and identity and self discovery and highlighting differences, but at the same time invites you to learn about and understand the culture and identity of the poet. Some of these poems absolutely floored me. The first Partition floored me in a very different way than White Lie floored me or My Love for Nature floored me. With every turn of the page there was something unexpected and foreign to me, but also so viscerally familiar I felt as though we were living a mirrored childhood even though the similarities were only in the way it felt remembered. Absolutely amazing collection. I went in not knowing what to expect and left completely amazed at the power behind these words.
Meer lezen
Vertaal recensie in het Nederlands
Ga naar Amazon.com om alle 50 recensies te bekijken 4,6 van 5 sterren
Ontdek het beste van shopping en entertainment
Gratis en snelle bezorging van miljoenen producten, onbeperkt streamen van exclusieve series, films en meer
> Ontdek Prime
Terug naar boven
Over ons
Verkoop bij ons
Amazon-betaalmethoden
We helpen je graag
© 1996-2020, Amazon.com, Inc. en dochterondernemingen