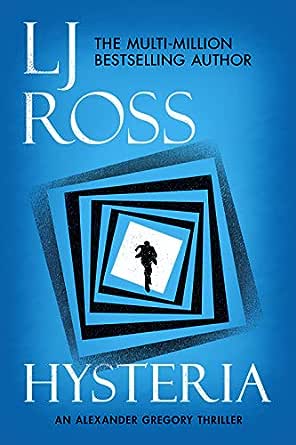 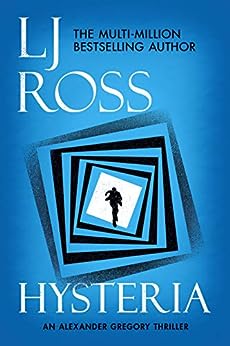 FROM THE INTERNATIONAL BESTSELLING AUTHOR OF THE DCI RYAN MYSTERIES

In a beautiful world, murder is always ugly…

Recently returned from his last case in Ireland, elite forensic psychologist and criminal profiler Dr Alexander Gregory receives a call from the French police that he can’t ignore. It’s Paris fashion week and some of the world’s most beautiful women are turning up dead, their faces slashed in a series of frenzied attacks while the world’s press looks on.

Amidst the carnage, one victim has survived but she’s too traumatised to talk. Without her help, the police are powerless to stop the killer before he strikes again – can Gregory unlock the secrets of her mind, before it’s too late?

Murder and mystery are peppered with dark humour in this fast-paced thriller set amidst the spectacular Parisian landscape.

“LJ Ross is the Queen of Kindle” – Sunday Telegraph

Tracy B Enders
2,0 van 5 sterren Not a book worthy of the main character or this author.
19 december 2019 - Gepubliceerd op Amazon.com
Geverifieerde aankoop
This was a very disappointing effort after a great introduction novel. It was confusing, made no sense in some places and the conclusion was out of left field in regards to the second murder.
Meer lezen
4 mensen vonden dit nuttig
Vertaal recensie in het Nederlands

Mindo'ermatter
3,0 van 5 sterren Good Escape Read for a Fast Break!
22 december 2019 - Gepubliceerd op Amazon.com
Geverifieerde aankoop
Book 2 of the series was okay but lacked the character development and storyline depth of the first volume. Be sure to read Book 1 first to fully understand and appreciate Dr Alex Gregory and the deep psychological issues troubling him.

The author's diversion to Paris as a setting was distracting, especially with French comments that added little to the characters or the storyline. As such, the first half of the book was slower but did contain most of the forensic, criminal profiling, while the last part of the book was more interesting.

After reading two books by LJ Ross, I find both endings abrupt and somewhat incomplete, wishing the author provided more satisfying and developed conclusions. One of the book's strengths was the lack of explicit profanity, sexuality, and violence, thereby allowing the story to stay focused.

I did enjoy how Dr. Gregory's internal conflicts and interpersonal relationship challenges directly influenced the storyline, especially how they linked back to Book 1. However, this could put readers at a disadvantage who started with Book 2.

Overall, I don't regret reading this second installment but felt the author missed an opportunity by not including more substance and engaging storyline depth to this book. I needed to learn more about the primary character to motivate my interest in the next installment.

The Audible narration was effective, overcoming some of the possible weaknesses of the incomplete story. I do plan to give the author another chance on the next volume.

Kindle Customer
4,0 van 5 sterren It's fashion week in Paris
13 december 2019 - Gepubliceerd op Amazon.com
Geverifieerde aankoop
One of the models is found slashed almost to death in her hotel room. She has survived, but her beautiful face is ruined. Psychologist Alex Gregory happens to be speaking at a conference in Paris, so the police ask for his help. There is an abused wife in the story who you know will have some part in the plot, but how and why? Then another model is killed, but as with the first brutal attack, there are no clues to who is committing these brutal attacks. I didn't see the ending coming, so if you like a surprise, you'll love this one. Wish, however, that Alex would take the help that's been offered to heal his own psyche.
Meer lezen
Een iemand vond dit nuttig
Vertaal recensie in het Nederlands

JTomlin
2,0 van 5 sterren And I'm being kind with the second star
7 januari 2020 - Gepubliceerd op Amazon.com
Geverifieerde aankoop
I tend to be pretty lenient about typos, but this did have an usually high number, particularly in the French. I thought the French was distracting rather than an addition. I don't mind the use of a second language but it should have a valid reason, and it didn't in this case in my opinion. I found the use of dreams extremely simplistic which was bothersome. However, none of those would have taken it down that far in stars. What did it for me was the use of dissociative identity disorder. First, to put it mildly, no psychologist would make a definite diagnosis of such a complex and comparatively rare disorder after seeing someone (fairly briefly) only three times. And the use of the disorder in the plot was definitely not believable in the way it was presented. This author is better than this.
Meer lezen
Vertaal recensie in het Nederlands