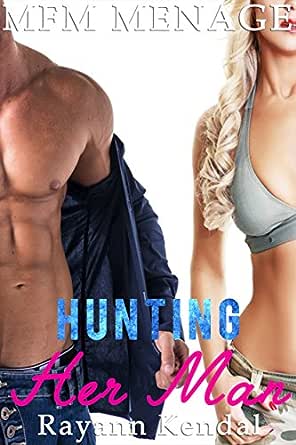 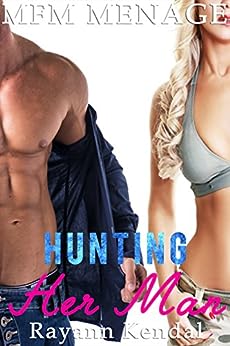 A naval officer and his wife indulge in a naughty habit.

What began years ago as a dare between husband and wife has metamorphosed into something much larger. Tabby has grown a pension for seduction. She likes picking up the hottest stud in the bar and luring him somewhere private...Her husband Sean likes watching her play, but he isn't content with just acting the voyeur.

Tonight they set their eyes their eyes on a young sailor. The cocky man in uniform is a handful, but Tabby knows how to handle her men.

Excerpt from Hunting Her Man:

Tabitha and Sean had repeated the scenario many times over the intervening years, honing their technique. Tabby was no longer naïve to the art of seduction. Neither was she unsure of herself. Years of playing this game had instilled her with a sense of confidence in her skills. She was still young and she was beautiful, and she knew it. She breathed in the thick, humid air, reveling in the promise of the storm it held. The sound of her heels clacking on the pavement brought a smile to her lips. She could feel the sway of her thick hips. It made her feel sexy. Her husband was waiting in the bar, and she wanted to seduce him just as much as her mark.

Warning: This is a short story whose sole intent is to titillate. Enjoy.
click to open popover

JMaxxx
5,0 van 5 sterren Hot Huntress
19 oktober 2018 - Gepubliceerd op Amazon.com
Geverifieerde aankoop
This was a hot short story the title of which is pretty self-explanatory. This story has a bit of a different twist though. The wife is a skilled and confident seductress which makes the seduction scene in the bar *very* hot...it's so much hotter that she remains in control and the seductor instead of the seductee. The husband is not a passive observer either but rather the director of the game of husband and wife the goal of which is to put overly cocky and arrogant wife poachers in their place and take them down a notch. The wife here, Tabby, is what I think, the ultimate in sexy hot: she is confident, aware of sexuality, and doesn't lose control to some "dominant" alpha-hole but instead gets what she wants from him and turns the tables on him to put him in his place. That's hot. I like that the husband, Sean, takes control and is actively involved the fun and games. I enjoyed this short story and will be reading some more by this author...I'm tempted to try the audible edition to see how it sounds narrated.
Meer lezen
Vertaal recensie in het Nederlands