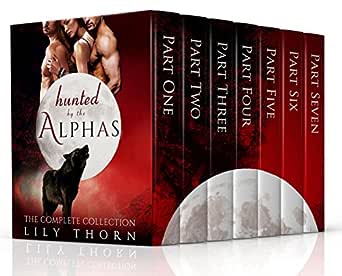 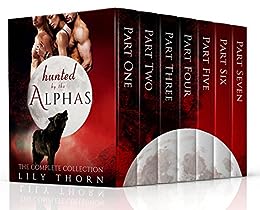 When two Alphas fall for a monster hunter, who will end up hunting whom?

Val doesn’t have time for love. If she wants to become a vampire hunter, she needs to focus on dagger skills and marksmanship. Any lapse in concentration could get her killed, so the attention of a tall, handsome man is especially inconvenient on the way to her first mission. His amber eyes are hard to get out of her mind, and they might just prove fatal.

His whole life, Blaze dreamed of the day he’d become Alpha of his pack. When his older brother Ash got the position, Blaze left, vowing never to return. Arriving in the city, he encounters a woman whose stunning curves distract attention from her arsenal of concealed weapons. One look is all it takes to know that she’s his fated mate.

The only problem is that Ash wants Val, too. He already took the pack—he can’t have Blaze’s mate. But their quarrel will mean nothing if they can’t save Val from a murderous enemy.

This is a complete story—no cliffhangers! Get ready for wolf shifters, steamy ménage romance, and a very HEA.
click to open popover

Amy Jo
5,0 van 5 sterren Loved the series!
4 oktober 2016 - Gepubliceerd op Amazon.com
Geverifieerde aankoop
After reading book 1 and 2 (and not able to put it down...) I had to grab the box set to continue the series. It kept me glued to the pages until the very end and I hated to see it end!

Way to go Lily, awesome series! I'd love to know more about the coven and how that turned out though! ;)

Karen Anderson
5,0 van 5 sterren This is a wonderful series, so easy to follow.
31 juli 2016 - Gepubliceerd op Amazon.com
Geverifieerde aankoop
I didn't have any expectations. I was very happy with my choice. It is very easy to get into, your hooked from the get go. It's hard to put down. The story line flows easily. I like knowing exactly what is happening when I've had to put it down, no having to go back to reread to figure out what was going on.
Meer lezen
Een iemand vond dit nuttig
Vertaal recensie in het Nederlands