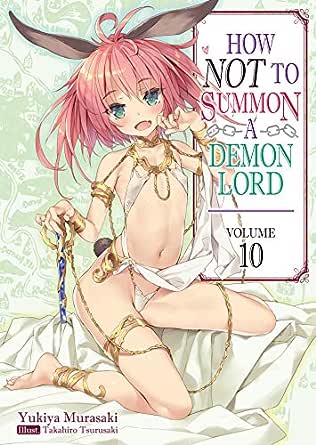 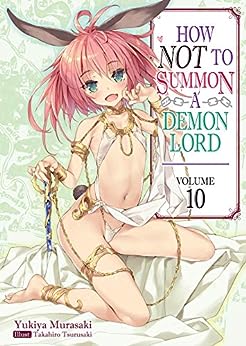 How NOT to Summon a Demon Lord: Volume 10 (English Edition) Kindle-editie

MMORPG Cross Reverie's top player, Takuma Sakamoto, is summoned to another world where he's forced to play the part of his in-game character, Demon Lord Diablo! Diablo has successfully saved Faltra in his greatest battle yet, but there's no rest for the weary!

A summons arrives from the Kingdom of Lyferia, demanding Diablo make an audience with the king. However, Diablo also learns the wedding ring he gave Rem actually forms a pair with Shera's! Diablo teams up with Faltra's guildmaster, Sylvie, to arrange an official substitute.

"Endeavor in my name. I'll allow it!"
"Let's go on an adventure then—to the Viridian Cathedral!"

This is the tenth volume of the adventures of an earth-shakingly powerful Demon Lord (or at least someone who acts like one) taking on another world!
click to open popover

Tiddilywinks
5,0 van 5 sterren I thought it was at its peak last volume
3 november 2019 - Gepubliceerd op Amazon.com
Geverifieerde aankoop
I was wrong. This series just keeps getting more sexy and fun to read as Diablo gets into situations that would never happen to anyone else in this world, marriage being one of them.
Meer lezen
Vertaal recensie in het Nederlands

daw
4,0 van 5 sterren He's getting better
30 december 2019 - Gepubliceerd op Amazon.com
Geverifieerde aankoop
Is getting better is nice to see diablo becoming more and more stronger whit sword and magic but also a little better in his personality is just a little better he is still to shy but I can see he is working on that
Meer lezen
Vertaal recensie in het Nederlands

Brandon Immers, Kindle User
4,0 van 5 sterren Wonderful
29 september 2019 - Gepubliceerd op Amazon.com
Geverifieerde aankoop
This was a real job to read and I look forward to the next one in the series. Thanks for the book.
Meer lezen
Vertaal recensie in het Nederlands