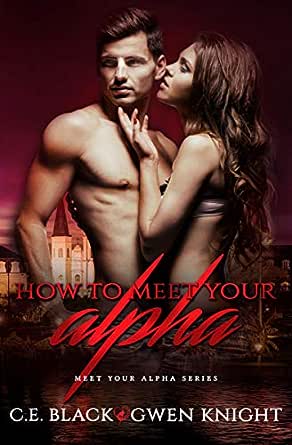 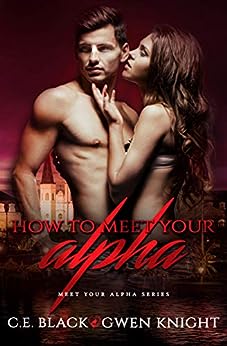 How To Meet Your Alpha (English Edition) Kindle-editie

The dating world has become a war zone. Especially for the paranormal.

Kate is so sick of being single--no, scratch that--she's sick of dating. Hell is meeting married men on the prowl, men terrified of her shifter side, men who don't like tacos, for crying out loud. There has to be a better way for people like her to meet other singles. All Kate wants is someone who will accept all of her quirks, including her tiny obsession with Mexican food. Is that too much to ask?

Dating for Bram has become a cliché. If he has to suffer through one more night with a fang-chaser, he might just stake himself. It's all become rather...boring. Maybe the time has come to throw in the towel? Renounce himself to an eternity of loneliness? Until a pissed-off redhead smelling of tacos slides into the seat next to him at a bar. And is that shrimp in her hair? Suddenly, Bram isn't feeling all that bored anymore.

One chance meeting changes everything, and now, Bram and Kate's Happily Ever After might be in sight. If only they can rid themselves of one pesky wannabe witch who's set her sights on Bram and refuses to take no for an answer...

Both Bram and Kate are sick of the single life. They want their Happily Ever Afters and they want them now. After stumbling across each other in a bar, maybe their happiness is within their grasps. But not all is as it seems. A wannabe witch has her sights set on Bram, and she refuses to take no for an answer.

Kate is tired of the dead beats she has dated, she is really fed up and decides to drown her loneliness in some booze at an old dive. What she never imagined was to meet up with a real dead, but not beat Bram who was just as tired of his dates as she was. Together they decide to drown their loneliness and discover each other....A very unlikely couple, a Fox Shifter and a Vampire, but man do the sparks fly. If they accomplished it, other sups should have the same opportunity, so with his business savvy and her artistic streak making websites they decide to start a dating site that will bring together others that want to meet their perfect match.

To accomplish this.. In no time the first launch of "Meet Your Alpha" across the ocean will embark to Alaska and vampires and shifters will try to meet their forever.

Book your Cruise aboard Meet Your Alpha and Bon Voyage to all you sups!
Meer lezen
Een iemand vond dit nuttig
Vertaal recensie in het Nederlands

Marsha @ Keeper Bookshelf
5,0 van 5 sterren Fantastic, funny introduction to two series I cannot wait to begin
5 februari 2018 - Gepubliceerd op Amazon.com
Geverifieerde aankoop
I have not laughed so hard or nodded my head in agreement with character’s dialogues this much in such a long time. If this is the type of stories that will be coming out of the combination of C.E. Black and Gwen Knight in their two companion series Alpha Singles and Cruising With Alphas then sign me up for a lifetime membership.

How To Meet Your Alpha sets up these two series perfectly with a romance, a great idea and lots of laughter. The cover description is all you need to get started on this wild and crazy adventure. This is a short, introduction story but it is priceless in the necessity to have read this one first before starting on either series. And, on this review’s date, there is no cost to pick it up on Amazon. Bram and Kate bring this all together and make it work. I truly like them as a couple, I can see them behind the scenes within the coming series and their personalities simply make this a set of stories I cannot wait to begin. I believe this one is going to be fun – and we all deserve a little fun along with our romance, right?

I would highly recommend How To Meet Your Alpha as a needed introduction tale to the two series. It sets up everything perfectly with a sexy, funny couple as well. Any Paranormal Romance or Shifter Romance reader would enjoy this one… that is unless you don’t like to laugh.

I own a Kindle copy of this story.
Meer lezen
Vertaal recensie in het Nederlands

Jan Janus
5,0 van 5 sterren funny, witty
4 januari 2018 - Gepubliceerd op Amazon.com
Geverifieerde aankoop
Well what can I say about this book that will drive it home that you NEED to get a copy and see what all the fuss is about? Hot,steamy, masculine, head strong, funny, witty, did I mention HOT and STEAMY? These two authors joined together to create a world where every Alpha can meet, greet and get their needs met either with a cruise or online dating. To hot to handle and not enough sparks could keep me away from reading all the new stories they have in store. So what are you waiting for? Grab a copy and read about our First Couple Bram and Kate and how they make a bad night with unwanted dates turn into a reality, not just for others like them, but for them as well. MUST READ, and its not a long story either, because its just setting the mood for what is to come :-)
Meer lezen
Een iemand vond dit nuttig
Vertaal recensie in het Nederlands

Sheila A. Willert
5,0 van 5 sterren Bram and Kate
29 december 2017 - Gepubliceerd op Amazon.com
Geverifieerde aankoop
What a great start to a new series. Kate is a fox shifter looking for a relationship. She has had her share of bad and unusual dates. The latest one left her with her dinner all over her and shrimp in her hair. To get this bad taste out of her system she enters a bar looking for a drink, maybe several. Kate meets Bram. Bram is a vampire tired of the dating scene with his own sad and weird dating history. They have immediate chemistry. He tells her she might need to clean up in the ladies room and remove the shrimp from her hair.
This book is fresh and funny. A sweet romance that sets up a dating app for supernaturals. There is also a possibility of a vampire cruise to Alaska.
I can't wait to read more.
Meer lezen
Een iemand vond dit nuttig
Vertaal recensie in het Nederlands
Ga naar Amazon.com om alle 58 recensies te bekijken 4,5 van 5 sterren
Ontdek het beste van shopping en entertainment
Gratis en snelle bezorging van miljoenen producten, onbeperkt streamen van exclusieve series, films en meer
> Ontdek Prime
Terug naar boven
Over ons
Verkoop bij ons
Amazon-betaalmethoden
We helpen je graag
© 1996-2020, Amazon.com, Inc. en dochterondernemingen