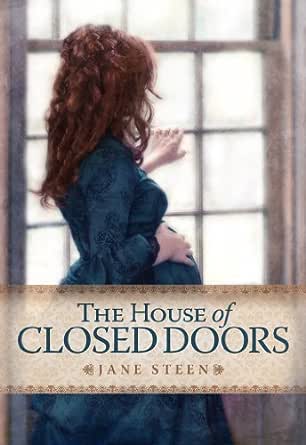 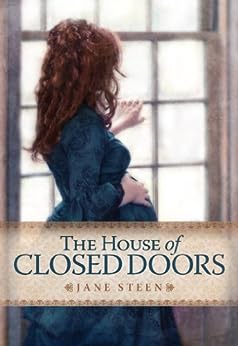 "I cannot praise Jane Steen enough for her ability to build a world that captures every essence of an era. She was able to take the singularly focused plot of an unwed teen and wrap her journey with the social, political and cultural values of the day. Within this framework the reader is given an eyewitness experience into the daily realities of homemaking, transportation, fashion, society's value of women and those less fortunate as well historical events such as commerce, war and the Chicago fire."--Amazon reader "I loved this book. It was well written and well edited. The story captured me on the first few pages and held my interest to the last page. I forced myself to close the book at midnight! Moves nicely along from scene to scene. Some of the heroine's choices were not what I expected and when I thought I had unraveled the whole mystery, I hadn't. Just an overall satisfying reading experience! Loved it."--Amazon reader "Engrossing historical fiction that really stays with the characters (who are well-crafted) and doesn't go for the obvious cliches. I loved Nell, the protagonist, and so many others...Martin and Tess especially. I admit I kind of wanted it to end a certain way, but the ending the author chose was a braver one for Nell, and more true to who she'd been throughout the novel. The historical backdrop was interesting, but it was the character work that really drew me in, and the mystery."--Amazon reader "I couldn't put the kindle down. I just had to know what was going to happen. The story draws you in and makes you feel connected to the characters."--Amazon reader "Extremely well written story! I couldn't put it down, and pulled an all-nighter reading it. I was mesmerized by this story, and captivated by the depth of characterization."--Amazon reader

Heedless. Stubborn. Disgraced.
Small town Illinois, 1870: "My stepfather was not particularly fond of me to begin with, and now that he'd found out about the baby, he was foaming at the mouth"

Desperate to avoid marriage, Nell Lillington refuses to divulge the name of her child's father and accepts her stepfather's decision that the baby be born at a Poor Farm and discreetly adopted.

Until an unused padded cell is opened and two small bodies fall out.

Nell is the only resident of the Poor Farm who is convinced the unwed mother and her baby were murdered, and rethinks her decision to abandon her own child to fate. But even if she manages to escape the Poor Farm with her baby she may have no safe place to run to.
Alle bekijken
click to open popover

Karen Talley
4,0 van 5 sterren This is book one of a three book serial.
4 juni 2017 - Gepubliceerd op Amazon.com
Geverifieerde aankoop
First I would like to say what this book is NOT...It is not a romance novel. It is not a fast-paced thrill a minute book. It does not have a satisfying HEA. It is a well written, but slow moving (IMO) story of a young girl in 1870 who finds herself pregnant and unwed. Nell Lillington is a girl of good family who at age 17, has a one-time sexual experience with a young man visiting her family. When her family discovers her pregnancy, she refuses to give the name of the young man. She is fiercely independent and does not want to be married, especially to the man in question. Her stepfather (a man she loathes), is a governor of a Poor Farm some miles away and proposes sending her there to have a child and arranging for an adoption. For the sake of her mother, she agrees. Once at the institution she uses her sewing skills to make clothing for the inmates and, for the first time, learns to judge people for themselves and not for their physical or social attributes. Finding two bodies (a young mother and an infant) sets her on a path of discovery which leads to danger for herself.

The author portrays the Victorian era in the Midwest quite well. The customs, clothing, and manners are well done. The Poor Farm is obviously well researched. I did a paper on a Poor Farm that existed in my area when I was in college and the author's portrayal matches what I had found. The writing style is a lot like that of the time period. It is beautifully done but moved a little slowly for my taste.

WARNING: This is a serial, not a series. There are three book to read before you arrive at the end of Nell's journey. Although I did like the book, I do not plan to read the other two.

There are no language or sexual situations to offend any readers.

Cheryl
3,0 van 5 sterren Good but
15 december 2017 - Gepubliceerd op Amazon.com
Geverifieerde aankoop
This is a very good story but it is not a stand alone book. I enjoyed the main character but frustrated with all the secrets. To find out what happens you have to read the next book and then the next. I looked at the sneak preview of the next two books and realized I will not be satisfied if I keep reading.
Meer lezen
105 mensen vonden dit nuttig
Vertaal recensie in het Nederlands

jmiller
1,0 van 5 sterren Not great
7 maart 2019 - Gepubliceerd op Amazon.com
Geverifieerde aankoop
Pretty slow and I really dislike books that continue into the next book. I wouldn't have read it if I'd have know it wasn't a standalone.
Meer lezen
34 mensen vonden dit nuttig
Vertaal recensie in het Nederlands

nown
5,0 van 5 sterren The House of Closed Doors
30 november 2017 - Gepubliceerd op Amazon.com
Geverifieerde aankoop
I read reviews of this book before downloading and did not understand the lower ratings. However, they did not deter me from downloading and enjoying this book. The Nell at the beginning of the book was not the Nell at the ending. She had matured so much, as we all should do over the course of our lives, and she was so much better for it. It was unusual for that period in American History to find a young lady who did not want to marry, but I can understand Nell' s thinking as she did not want to basically become the "property" of a husband/master. I liked the fact that Nell wanted to be independent, even with a child born out of wedlock, (a no no) and wanting to keep her baby (another no no). I've been married for 52 years, but even I want to be independent! :-) Looking forward to the next book in the series.
Meer lezen
32 mensen vonden dit nuttig
Vertaal recensie in het Nederlands
Ga naar Amazon.com om alle 1.044 recensies te bekijken 4,4 van 5 sterren
Terug naar boven
Over ons
Verkoop bij ons
We helpen je graag
© 1996-2020, Amazon.com, Inc. en dochterondernemingen