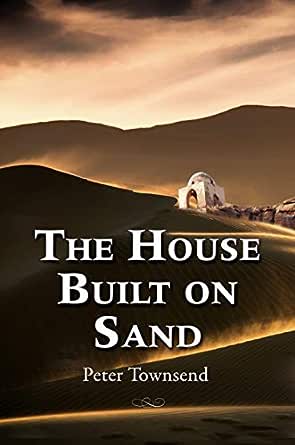 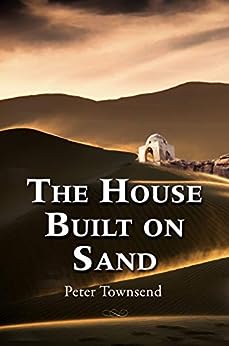 What does it take to radically alter the course of someone’s life? In the case of Emad Almasry, an archeologist with the Egyptian Ministry for Antiquities, it took a clay jar.

Its discovery, under Egypt’s oldest mosque, set in motion a series of events that threatened the very existence of Egypt’s Coptic community. Emad very quickly learns that the only way he could keep the hammer blow from falling was to dig deep into the origins of Islam.

Will he be able to force the past to yield its secrets? Would he have the courage to follow the evidence wherever it leads? What happens when firm foundations turn out to be built on sand? Join Emad and his friends as they chase after truths that would not only alter the course of their own lives but that would ripple out from Egypt to affect all who turn to the ‘mother of all cities’ to pray.

MW
5,0 van 5 sterren Could not stop reading this book!
4 januari 2020 - Gepubliceerd op Amazon.com
Geverifieerde aankoop
The discovery of an ancient artifact with an enigmatic message on it in Egypt takes us on a wild journey to discover its meaning. Once deciphered, the truth it contains has the power to truly change the world we live in. Will it? Only you can decide. Peter Townsend has created a wonderful cast of characters in The House Built on Sand. A great read. And hopefully, a great movie.
Meer lezen
Vertaal recensie in het Nederlands

chibimaddy
5,0 van 5 sterren Pulled me I to the story in the first chapter.
18 januari 2020 - Gepubliceerd op Amazon.com
Geverifieerde aankoop
Very entertaining and well-written. I enjoyed this very much because it took circumstances from the real world and helped me to understand a mindset that is so foreign to me. All the characters were real and I felt I could relate to each of them. Thank you.
Meer lezen
Vertaal recensie in het Nederlands

Francis X. Meaney
5,0 van 5 sterren EXCITING STORY OF CLASH OF CHRISTIAN AND ISLAMIC BELIEFS IN MODERN DAY EGYPT
19 december 2019 - Gepubliceerd op Amazon.com
I have read widely about Christianity and Islam, including excellent nonfiction books by this author Peter Townsend on Islam, asking serious questions that need to be answered. This short, well written and enjoyable novel is about two educated men, one a Coptic Christian and the other a Muslim, both involved in the antiquities, who are brought into contact by the discovery of ancient artifact containing a puzzling message. What does it mean? The two collaborate to solve the puzzle in a dangerous search with bloody consequences, leaving bigger questions unanswered. A great read.
Meer lezen
Een iemand vond dit nuttig
Vertaal recensie in het Nederlands
Ga naar Amazon.com om alle 4 recensies te bekijken 5,0 van 5 sterren
Terug naar boven
Over ons
Verkoop bij ons
We helpen je graag
© 1996-2020, Amazon.com, Inc. en dochterondernemingen