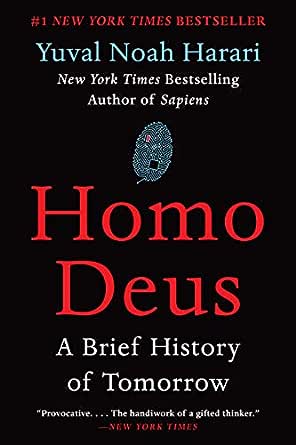 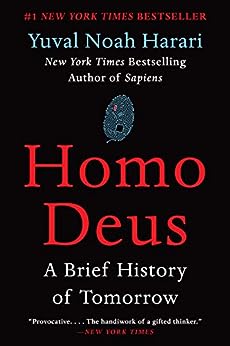 "What elevates Harari above many chroniclers of our age is his exceptional clarity and focus."--London Sunday Times

"A remarkable book, full of insights and thoughtful reinterpretations of what we thought we knew about ourselves and our history."--The Guardian

"Harari is an exceptional writer, who seems to have been specially chosen by the muses as a conduit for the zeitgeist... Fascinating reading."--Times Literary Supplement (London)

"Sapiens takes readers on a sweeping tour of the history of our species.... Harari's formidable intellect sheds light on the biggest breakthroughs in the human story...important reading for serious-minded, self-reflective sapiens."--Washington Post

"Sapiens tackles the biggest questions of history and of the modern world, and it is written in unforgettably vivid language."--Jared Diamond, Pulitzer Prize-winning author of Guns, Germs, and Steel, Collapse, and The World until Yesterday

"In Sapiens, Harari delves deep into our history as a species to help us understand who we are and what made us this way. An engrossing read."--Dan Ariely, New York Times Bestselling author of Predictably Irrational, The Upside of Irrationality, and The Honest Truth About Dishonesty

Yuval Noah Harari, author of the critically-acclaimed New York Times bestseller and international phenomenon Sapiens, returns with an equally original, compelling, and provocative book, turning his focus toward humanity’s future, and our quest to upgrade humans into gods.

Over the past century humankind has managed to do the impossible and rein in famine, plague, and war. This may seem hard to accept, but, as Harari explains in his trademark style—thorough, yet riveting—famine, plague and war have been transformed from incomprehensible and uncontrollable forces of nature into manageable challenges. For the first time ever, more people die from eating too much than from eating too little; more people die from old age than from infectious diseases; and more people commit suicide than are killed by soldiers, terrorists and criminals put together. The average American is a thousand times more likely to die from binging at McDonalds than from being blown up by Al Qaeda.

What then will replace famine, plague, and war at the top of the human agenda? As the self-made gods of planet earth, what destinies will we set ourselves, and which quests will we undertake? Homo Deus explores the projects, dreams and nightmares that will shape the twenty-first century—from overcoming death to creating artificial life. It asks the fundamental questions: Where do we go from here? And how will we protect this fragile world from our own destructive powers? This is the next stage of evolution. This is Homo Deus.

With the same insight and clarity that made Sapiens an international hit and a New York Times bestseller, Harari maps out our future.

Amazon Customer
5,0 van 5 sterren Must-read
23 mei 2017
Indeling: Kindle-editieGeverifieerde aankoop
I think this book is essential for everyone who wants to understand the chaotic world around us. The author has a unique ability to synthesize scattered pieces of information and build coherent generalizations. At the same time the narration does not force any conclusions, just encourages to draw your own ones. Summing up, if you are looking not just for information, but also for some wisdom, then this is it.
Meer lezen
Nuttig
Commentaar geven Misbruik melden
Vertaal recensie in het Nederlands

peter paauwe
5,0 van 5 sterren What is I?
31 augustus 2017
Indeling: Kindle-editieGeverifieerde aankoop
Linking past present and future this is an altogether great read. It put in perspective who I am as a human being and helps me take a position in these volatile times of ours. Just read it, you'll love it.
Meer lezen
Nuttig
Commentaar geven Misbruik melden

Erik Jonker
5,0 van 5 sterren Must-read, not a "tech book" but about the possible future of humanity
29 april 2017
Indeling: Kindle-editie
Many reviews of this book focused on the bleak picture of our future in a world where algorithms will rule. But the book is about much more , it tries to also describe the history of humanism and liberalism in a broad context.
Meer lezen
Nuttig
Commentaar geven Misbruik melden
Vertaal recensie in het Nederlands
Alle 5 klantenrecensies bekijken
Klantenrecensie schrijven