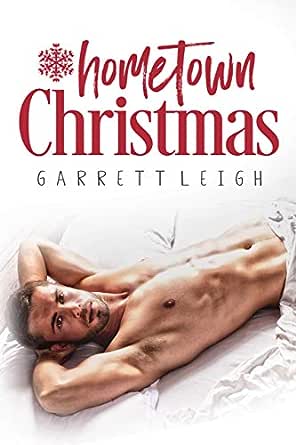 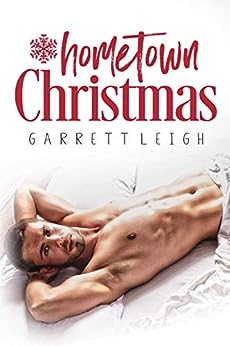 Bo
4,0 van 5 sterren Mismatch That Works
12 december 2019 - Gepubliceerd op Amazon.com
Geverifieerde aankoop
Yani is originally from Cyprus but has been living in London for years and has now moved to Leeds where it is colder but he's now really free from a bad relationship that blew up in his face. Besides, he found a food market oopportunity where he can sell food and make money and not worry about hooking up.

Gavin (on the cover) is about 10 years older than Yani, approaching 40, a war veteran with more than PTSD on his mind these days. He happens to be managing a homeless shelter because he's good at these things and is pretty tough to accost successfully even if he is still aching from a broken neck suffered a few years back.

Gavin tells one of the shelter's other managers, whom unbeknownst to him is also Yani''s BFF, that they are running out of cooks for dinners. Before they know it she lands Yani on the doorstep and then the fun begins. Both Yani and Gavin have OCD which they instantly recognize in each other, and things, of course, get complicated after that.

These two are gun shy of any romance, any commitments, but each overwhelmingly attracted to the other man. So, after a reasonably slow build up they turn into a seriously sensual if somewhat snarky couple. Along the way their friends snoop in and out to get them set on their destined path.

Even though it's billed as a Christmas story it's really just a fine romance (init?)
Meer lezen
2 mensen vonden dit nuttig
Vertaal recensie in het Nederlands

Kindle Customer
5,0 van 5 sterren How I love Gavin and Yani!
19 december 2019 - Gepubliceerd op Amazon.com
Geverifieerde aankoop
This is not a fluffy, sappy sweet holiday story. What it is, is a realistic portrayal of adult life, living with demons both past and present, and finding love that will make the voices quiet in your head. Holidays can be difficult, but having someone to rely on, and lend helping hand can men the world.
The food and cooking in this book made my stomach rumble, and the love Yani and Gavin find made my heart smile.
For me, this was the most realistic, perfect holiday read.
Meer lezen
2 mensen vonden dit nuttig
Vertaal recensie in het Nederlands

A T
4,0 van 5 sterren Great story that can be enjoyed year round
24 december 2019 - Gepubliceerd op Amazon.com
Geverifieerde aankoop
I don't know that anyone does an interconnected universe of standalones better than Miss Leigh. Hometown Christmas features secondary characters from a few different series but absolutely works as a standalone.

I loved the steady rhythm to this story of two wounded souls who found support and understanding in one another. I also appreciated the author's approach to Gavin's PTSD and Yani's OCD. Neither was trivialized, nor were they the overwhelming focus of the story, instead they were treated as personality characteristics, and the characters get to show their strength and resolve to live full lives while managing their disorders. The romance between Yani and Gavin had plenty of heat, but also carried a slow burn element, and I enjoyed watching the characters dance closer and closer to one another while revealing themselves and building trust and chemistry. Though Hometown Christmas is framed around the holidays, I wouldn't consider it holiday centric and think it's definitely a story that can be enjoyed year round.
Meer lezen
Vertaal recensie in het Nederlands

We start off with something common for Garrett’s books – an instant attraction too powerful for the characters to ignore. They find themselves drawn to each other and we, readers, find ourselves drawn to both Yani and Gavin, preferably together, but also as individuals.

Each of the guys is his own person and doesn’t exist solely for the purpose of a love story. With that said, the two make a rather enviable couple as each understands the other enough to provide him with what he needs.

Another typical thing for Garrett’s work which never fails to get me giddy is mention of and even cameos by characters from her other works. Here we have a brief meeting with Jamie from Soul to Keep and Rented Heart; seeing him in this book was like getting together with an old friend. But if you haven’t read other novels by Garrett, don't worry: Hometown Christmas is a standalone and doesn't require you to be familiar with Leigh's other books.

I'd recommend Hometown Christmas not only to Garrett’s fans or to people looking for a holiday romance, but to everyone in need of a feel good story with characters that seem to pop from the pages.
Meer lezen
2 mensen vonden dit nuttig
Vertaal recensie in het Nederlands

Christina Wade
4,0 van 5 sterren Not your average fluffy holiday read!
24 november 2019 - Gepubliceerd op Amazon.com
While reading the story and being introduced to Gavin ‘Wedge’ Richie’s friends I figured out he must have been featured in another series (one couple is from Between Ghosts and another is from (Soul to Keep) but this can definitely be read as a standalone. At the end of the story I also learned Yani is from the Urban Soul series, but I only read book one in that series and don’t remember him.

This is a quick read…and although it does take place over the holidays it’s not a lighthearted, fluffy tale. This is a story wrought with PTSD, OCD, relationship carnage and homelessness. I love how Gavin has experience with OCD and is able to handle when Yani is suffering through symptoms that seem to make him shutdown in the relationship without there being a miscommunication or lack of communication. Their romance is slow building as they become friends first and then lovers. However, they do have an immediate spark making their first and second meetings crackle with electricity.