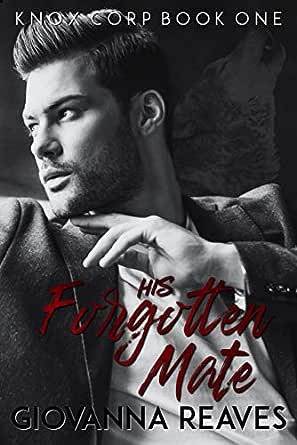 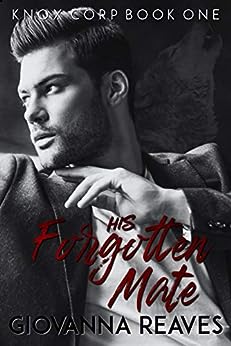 Maverick Knox
After waking up alone and naked in a hotel room, Maverick is at a loss as to what happened the night before. All he knows is he’s mated. He starts to search for his mate with the little he recalls and quickly becomes frustrated when his search produces nothing. But he’s not going to give up and vows to find the man who has taken over his every waking thought.

Alexis Silver
After meeting and spending a beautiful night with a handsome werewolf, Alexis wakes up the next morning and instantly freaks out. He leaves after doing something that could get him in trouble with the heads of the witches and warlock council. It isn’t until later Alexis realizes the werewolf won't be out of his life so quickly, as he is mated to the man.
Both Alexis and Maverick feel they’re not ready for the responsibility mating brings to the table. And they’re confident they’re not prepared to become parents. But there is nothing  they can do when fate intervenes, giving them what they think they’re not ready to have.

Nothing can stop fate, no matter how hard you try.
click to open popover

Jamie Lee Zonneveld
4,0 van 5 sterren Nice story
30 november 2019
Indeling: Kindle-editie
His Forgotten Mate by Giovanna Reaves is about Maverick who wakes up mated without the memories of his mate and Alexis who wakes up after an amazing night and freaks out.
I really liked the story and the characters.

AllAboutThoseBooks
2,0 van 5 sterren Did not finish
1 december 2019 - Gepubliceerd op Amazon.com
Indeling: Kindle-editie
I quit around 20% in. There are numerous grammar errors that created some confusion and kicked me out of the story. Alexis is a self-righteous, self-centered...jerk. Mav is rightfully angry, then turns on a dime and forgives Alexis in the space of a page, although Alexis hadn't expressed any remorse. The writing felt awkward and simplistic. Your mileage may vary.
Meer lezen
4 mensen vonden dit nuttig
Vertaal recensie in het Nederlands

julianne
4,0 van 5 sterren His Forgotten Mate
6 december 2019 - Gepubliceerd op Amazon.com
Indeling: Kindle-editie
i read this book as part of an arc program. Maverick is the alpha of the Knox pack and he woke up one morning in a hotel hungover and mated, but he was alone and had no memory of his mate. Now three month later, he was still trying to remember and even hired an investigator to help find his mate. Maverick was also distracted at work, where he was the CEO of the company he ran with his brothers. When they asked him what was wrong, he told them about his mate. When one of his brothers mentioned they finally signed a contract with a company they were trying to takeover, Maverick was shocked to learn the owner of the company was his mate. Alexis Silver was a warlock and was supposed to forget Maverick, and he wanted Maverick to forget him, leaving their encounter a one night stand, but when he learned he was pregnant, he knew he had to see Maverick again. Maverick wanted to know why he couldn't remember and Alexis admitted to erasing his memory. Maverick wasn't really ready for a mate and child, but he also knew he couldn't be away from Alexis. Alexis and Maverick have to figure a way to get to know one another and learn how to be mates. I liked this story. I liked Alexis and Maverick together. I like how Maverick made Alexis feel protected and i think they had amazing chemistry. I look forward to reading more of this series.
Meer lezen
Vertaal recensie in het Nederlands

Deb Swietek
5,0 van 5 sterren What happens when your Fated mate disappears? Trust in Fate to find him.
29 december 2019 - Gepubliceerd op Amazon.com
Indeling: Kindle-editie
Gia has done it again! I love this book. You will become involved with the characters; their lives, their fears, their hopes & their joy. Two men who aren't looking for or wanting a mate find themselves mated. You can try to run & hide, but you can't fight Fate. She will drag you kicking & screaming to HEA.
This is Alexis & Maverick's romantic story. After meeting in Alexis's bar, they share a magical night and end up mated. Alexis is scared, & before he leaves, he makes Maverick forget their night together. He's a warlock, so he can do that. Maverick is Alpha to his werewolf pack. Knowing his mate is out there is driving him crazy. An unexpected pregnancy draws them back together. They will turn their lives upside down to make things work. For the first time in their lives, business will take second place to love's needs.
Come. Get caught up in Alexis & Maverick's romance. Meet their families, hidden kinks and all. Oh, and they have no filters. At all. You will love them! You have to get this book. Now.
This book contains adult themes and language, mm sex and is intended for mature readers only.

nc reader
4,0 van 5 sterren **3.50 rounded up to 4**
12 december 2019 - Gepubliceerd op Amazon.com
Indeling: Kindle-editie
Let me start by saying I did like His Forgotten Mate. Did I love it? Not so much. The story was rather disjointed & honestly I never really connected to either Maverick or his magically induced forgotten mate, Alexis. I finally warmed to them during the last 2 chapters & was excited with their path to their HEA when, boom, bam, the book just stopped. I have no clue why the story ended when it did. The whole plot of the book was leading Alexis & Maverick to it's happy, welcome ending & poof nothing.
So, is His Forgotten Mate worth reading? I would say yes. It's a quick, low angst love story. In addition, since the secondary characters were intriguing, yes, I am talking about you, Cullen, and since this is book 1 in a series, I am hopeful that book 2 will conclude the story line of Maverick & Alexis.

Alexis and Maverick have an amazing connection and i enjoyed seeing them triumph over their struggles.

This is book one of the Knox Corp series and i am so looking forward to seeing what happens next.

I was gifted this book from the LesCourt Author Services and i freely give my honest opinion and review.