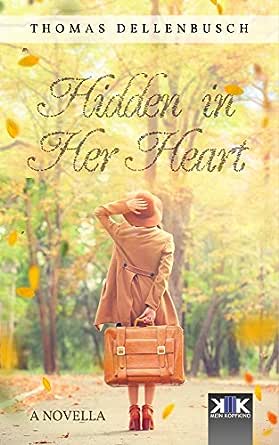 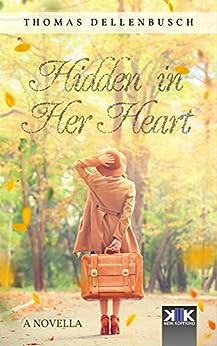 Summer of 1963 in Bavaria: Thoughtful and literary mobbing drama about an attractive stranger with a secret past. Translated Version from the popular German book series of Movie-Length-Stories:
A young, attractive single mother moves into a small Lower Bavarian village in the Summer of 1963. She is not looking for a job, nor is she looking to make friends. When the villagers discover that several men are visiting her regularly, they are horrified. They assume that this stranger is a prostitute, and look for ways to chase her away. The only one to take her side and stand by her is a young journalist living in the village. He suspects she is hiding here. But from whom or what? And is his support genuine, or was he sent to discover her secret?

»Unbelievable depth. Even though it is not a big tome, this book has enormous weight! I could go on and on about its appeal. Magnificent and heartfelt.« Niliversum


»This novella is very persuasive. Completely captivating with a lot of convincing background material.« Vielleserin


»My Book of the Year« BooksinmyWorld

My impressions: Simple yet complex, heartwarming, guilt vs. redemption.

This short novella exposed the annoying, gossipy old biddies who in a small town who took it upon themselves to drive a beautiful young woman out of their midst because she was deemed a threatening magnet to the men of their town.
Hidden in Her Heart is a delightful story that appears simple but then evolves into a complex and heartwarming tale by its final page.
Yvonne is the beautiful, beaten down mother with a young child and a secret past. After her sudden and unannounced arrival in the small town, population 800, of Seilersfeld, Bavaria, the town’s gossips soon focus their venomous attacks on the outsider who makes no attempt to ‘fit in’. All Yvonne craves is to be left alone to raise her young son.
Yvonne is perceived as a threat to the town gossips sanctimonious way of life. As suspicion morphs into insidious, immoral faux facts, the self-appointed morals committee takes action.
But they are not without opposition. Journalist Benedict Marguardt, a misshapen and outspoken champion emerges to protect Yvonne. He is attracted to the soft spoken, beautiful woman and comes to her rescue.

I reread the ending twice to fully grasp the impact of the final revelation; the gut wrenching impact was enormous. Hidden in Her Heart is a truly uplifting tale of misplaced guilt and redemption.

The editing is good and the sentence structure and character development are good.
The plot is outstanding and the writing style is crisp without extraneous filler.

I highly recommend this short read.

Yvonne Schmidt is an interesting character. I liked her a lot. She is a mother, newly arrived in the town of Seilersfeld, Bavaria, with her son Paul. Wanting to keep to herself, the local gossips think she's there to seduce their men away from them. But one man is determined to learn the truth.

Benedict Marguardt is also a wonderful character and I liked him a lot too. He is a resident of Seilersfeld and a newspaper reporter working for a newspaper in Passau. He has a deformity which some see as a disability, but he has a sharp mind and, even though he has been treated badly by some residents, he carries on as normal. When he hears the gossip about the mysterious new resident, his reporter's interest is piqued. But he also finds himself attracted to her. Determined to uncover her secrets, he digs a little deeper. However, will this lead to heartbreak or happiness?

Having previously read a couple of this author's other works, namely the first two books of his Chase series, when I heard that this book had become available, I decided to give this novella a try. I'm glad I did because I really enjoyed it.

This book is set in Bavaria in 1963, when single mothers were looked at as being odd and unwelcome in a small village. Seilersfield is a small community of people who are wary of strangers, especially pretty young women, and because Yvonne kept to herself and didn't seem to want to make friends even though she received gentlemen callers, gossip soon revolves around her sudden appearance in their town. The story is woven in such a way that, just like the residents of Seilersfield, the reader is left wondering as to why she appeared in the village. There is also a hint of romance as Yvonne and Benedict get to know each other. However, as Benedict investigates, the truth is revealed in a startling twist that I didn't see coming.

Hidden in Her Heart is a mixture of historical fiction, romance and mystery that kept me turning the pages. In a way, I wished this story had been a little bit longer than novella length, as I would have liked to have gotten to know the characters a little more. Yvonne didn't feel as real as Benedict to me, she felt more one dimensional and flat in comparison. Having said that, it is a tale of mistakes, guilt and redemption. It took me on an emotional journey (especially near the end) and I am now looking forward to reading more books in the Movie-Length series.

Thomas Dellenbusch has written an intriguing historical, romantic suspense thriller. I love his fast paced writing style, which had me turning the pages, and the flow was wonderful. I would definitely consider reading more books by this author in the future.

Although there are no explicit scenes of a sexual nature (though there is mention of it), I do not recommend this book for younger readers due to the nature of the tale. However, I highly recommend this novella if you love historical fiction/romance/thrillers/mystery/suspense genres, or you are looking for a quick, entertaining read. - Lynn Worton
Meer lezen
Vertaal recensie in het Nederlands

David Baird
5,0 van 5 sterren Fast paced sweet romantic tale
21 juli 2017 - Gepubliceerd op Amazon.com
Romance?? Yes you read that correctly.. I’m reviewing a romance novella. Yes it’s not my genre but the more I read the more I actually quite enjoy it. I think the author just needs to get the balance of romance and plot right for me to enjoy the tale which Thomas Dellenbusch certainly has.

This isn’t the first book I’ve reviewed by Dellenbusch but the others were thrillers, this couldn’t be any more different. This was one of the main reasons I wanted to read this book.. I needed to see how well Thomas could turn his hand to a completely different genre, and let me tell you he didn’t let me down.

This is a very sweet tale about a woman with a past she’s running away from and a journalist with his own issues in life whose worlds collide.

It’s a tale about looking beneath the surface and not to judge a book by it’s cover.

I enjoyed the characters and how the relationship developed. It’s only 118 pages so it’s fast following but not rushed in my opinion and is perfect to read in one sitting if you have a spare couple of hours.

As much as I enjoyed the story I really thing this book is more about the author, it shows he’s able to write multiple genres and can even make someone like me enjoy a romantic story.

If you’re after a short read or something to cleanse the palate after some heavier reads then get this one, I hope you’ll enjoy it just as much as I did.