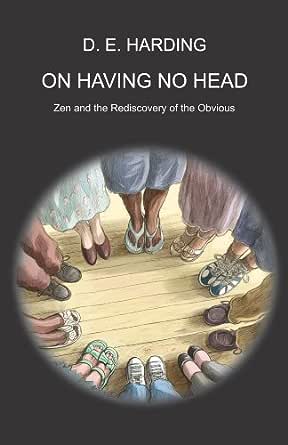 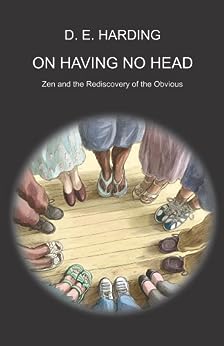 On Having No Head (English Edition) Kindle-editie

First published in 1961, this book is a breakthrough in terms of sharing, simply and clearly, the direct experience of who we really are - the boundless awareness at everyone's centre.
click to open popover

Brian Hines
3,0 van 5 sterren Neuroscience explains Harding's experience
5 november 2018 - Gepubliceerd op Amazon.com
Geverifieerde aankoop
I’d read the original version of this book quite a few years ago, then gave away the book. Recently, though, I heard Sam Harris speak about the book in his Waking Up iPhone app, so I decided to re-buy and re-read it. Here's my review, which is of this second edition of the book that contains a "Bringing the story up to date" section that was written over forty years after Harding wrote the first edition.

My main problem with On Having No Head is the problem that I have with all books about personal spiritual breakthroughs or realizations. In the early days after I turned toward atheism, I was more interested in stories of how someone uncovered the Secret of the Universe.

Now I’m much more skeptical about these sorts of stories. Why? Because I've got a better understanding of how the human mind works -- the result of both my own experiences with meditation, and a lot of reading about modern neuroscience and psychology.

Here's a short version of what Harding experienced on a walk in the Himalayas, after he realized that he wasn't seeing his head (excerpt for a part of his nose).

“It took me no time at all to notice that this nothing, this hole where a head should have been was no ordinary vacancy, no mere nothing. On the contrary, it was very much occupied. It was a vast emptiness vastly filled, a nothing that found room for everything - room for grass, trees, shadowy distant hills, and far above them snowpeaks like a row of angular clouds riding the blue sky. I had lost a head and gained a world…It was self-luminous reality for once swept clean of all obscuring mind. It was the revelation, at long last, of the perfectly obvious.”

OK. I have no doubt that Harding had a breathtaking experience. But here's the thing: like he said, his revelation was of the perfectly obvious. Yesterday I jotted down a note about something Sam Harris said in lesson 28 of the guided meditations in his Waking Up course:

“You're the space in which everything appears. Everything is already happening. All you are is consciousness and its contents.”

These three sentences are pretty much the gist of Harding's book. They indeed are perfectly obvious. Everything in the world, or indeed the entire universe, the Himalayas included, has to appear in our consciousness if we are to be aware of it. How else would we know anything?

But here's some facts about the human brain and mind (the mind is the brain in action, basically) that Harding doesn't address in On Having No Head, either because he wasn't aware of them, or chose not to mention them.

1. The brain has no feeling. This allows surgeons to operate on the brain while a patient is conscious. So we aren't aware of what our hundred billion or so brain cells are doing in the same way we feel our muscles contracting, our fingers touching something, or our stomach digesting a heavy meal.

2. In the quotation above, and elsewhere in his book, Harding speaks of a "vast emptiness" of consciousness. This may be how it feels to us, but that isn't reality. When Harding looked at the view of the Himalayas, his brain was busily piecing together data from his optic nerves, integrating it with past memories/experiences, and presenting him with what he calls a "superb scene." Visual perception isn't a passive mirroring of the world. It involves a lot of brain activity.

In the updated part of his book, Harding does speak about some neuroscientific truths: there is no evidence for an independent "self" within the brain/mind, nor does it appear that we humans possess free will, which seemingly would require the aforementioned self that doesn't exist.

Here's what Harding says in his Bringing the Story Up to Date section about his final stage of "The Eight Stages of the Headless Way." It's called (8) The Breakthrough.

“This amounts to a profound declaration of intent. It is the realization at gut level (so to say) that one's deepest desire is that all shall be as it is -- seeing that it all flows from one's true Nature, the Aware Space here.

How is this breakthrough actually made? What can one do to bring it nearer?

In a sense, nothing. It's not a doing, but an undoing, a giving up, an abandonment of the false belief that there's anyone here to abandon. What else is there to do?

After all, one's initial in-seeing -- no matter how 'brief' and 'shallow' -- was already total self-surrender: everything here went: or rather, it was clear there's nothing here to go. It was the essential quantum leap from the fiction of egocentricity to the fact of zerocentricity.

Now, Harding goes on to talk about an unconditional surrender to God's will in which we welcome all that the world is bringing to us. But as noted above, his insight also can be framed as a realization that there is no self residing within our psyche, and there is no free will belonging to that nonexistent self.

This is fully in accord with how Sam Harris understands the human brain/mind, which explains why Harris is a fan of Harding's book.

William Arsenis
5,0 van 5 sterren Simple, Clear and Useful.
26 maart 2017 - Gepubliceerd op Amazon.com
Geverifieerde aankoop
ON HAVING NO HEAD is a short, funny, and down to earth book—literally pointing at who we really are.

It is simple without being at all simplistic. People with a non-dual background would likely find this book easy to understand.

Direct Path inquiry uses direct experience exclusively, disregarding the thoughts that explain and interpret. From this perspective, no one has direct experience of actually having a head. That is Mr. Harding’s initial point, but it is not the essence of the message.

Point at your head and there is nothing to be seen. This nothing is the space in which everything arises. In non-dual circles, this is not a new concept, though the approach (pointing at your head) most certainly is.

I love his sense of humor—it is so very English.

If you are open to different perspectives and approaches to the question “Who am I?” ON HAVING NO HEAD offers more than mere philosophy, it offers a refreshing view and a direct technique to apply this view.
Meer lezen
25 mensen vonden dit nuttig
Vertaal recensie in het Nederlands

Michael H.
5,0 van 5 sterren It’s worth a brief, painless, pleasant few moments on the off chance of seeing who you really, really are.
21 augustus 2018 - Gepubliceerd op Amazon.com
Geverifieerde aankoop
This book is a potential game changer. It is for me.
It’s also in David Bowie’s top 100 books that influenced his life and work.
Meer lezen
7 mensen vonden dit nuttig
Vertaal recensie in het Nederlands

michael rolph
5,0 van 5 sterren Incredibally accessible
7 januari 2017 - Gepubliceerd op Amazon.com
Geverifieerde aankoop
As someone who has read spiritual, mystical and esoteric literature avidly for the past 10 years, I have to say this book is incredibly accessible. I've been studying the writings of Sri Ramana Maharshi intensively for the last 2 years, and Harding's book makes the same case for Being-Awareness right here, right now in such simple and clear prose. Thank you Douglas!
Meer lezen
10 mensen vonden dit nuttig
Vertaal recensie in het Nederlands

R. Bennett
2,0 van 5 sterren Deepities all the way through
20 januari 2020 - Gepubliceerd op Amazon.com
Geverifieerde aankoop
Like others, I picked up this book after it was mentioned in Sam Harris’ podcast. It is very short, and is a quick read. I like the style author, and had my grandfather not been a very pragmatic electrical engineer, I would have heard his voice narrating. My issue with the book is that it is deepities all the way through, with what felt like little acknowledgement that “having no head” is a metaphor. Had this been written by Chopra, Sam Harris would lambast it. I’m honestly not sure what Sam sees in it.
I’m giving it two stars because it is an easy read, and there may be a time when I “get it”. This is not that time.
Meer lezen
Vertaal recensie in het Nederlands
Ga naar Amazon.com om alle 33 recensies te bekijken 4,0 van 5 sterren
Terug naar boven
Over ons
Verkoop bij ons
We helpen je graag
© 1996-2020, Amazon.com, Inc. en dochterondernemingen