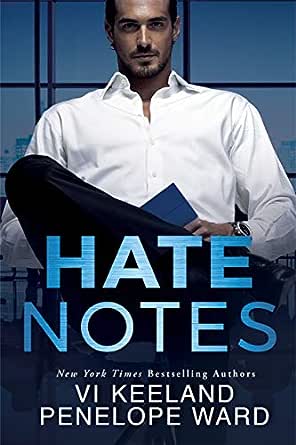 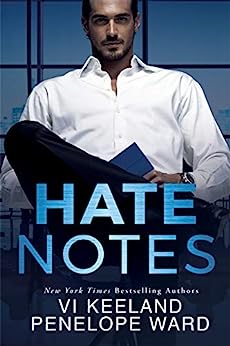 Amazon’s #1 Most Unputdownable Book of the Year.

It all started with a mysterious blue note sewn into a wedding dress.

I’d gone to sell my own unworn bridal gown at a vintage clothing store. That’s when I found another bride’s “something old.”

Stitched into the lining of a fabulously feathered design was the loveliest message I’d ever read: Thank you for making all of my dreams come true.

The name embossed on the blue stationery: Reed Eastwood, obviously the most romantic man who ever lived. I also discovered he’s the most gorgeous. If only my true-love fantasies had stopped there. Because I’ve since found out something else about Mr. Starry-Eyed.

He’s arrogant, cynical, and demanding. I should know. Thanks to a twist of fate, he’s my new boss. But that’s not going to stop me from discovering the story behind his last love letter. A love letter that did not result in a happily ever after.

But that story is nothing compared to the one unfolding between us. It’s getting hotter, sweeter, and more surprising than anything I could have imagined.

Steef22
5,0 van 5 sterren Hates notes
6 augustus 2019
Geverifieerde aankoop
I absolutely loved this book. From the first till the last sentence there was passion, drama, romance and hope. I was drawn to the characters in their positivity (charlotte)and even in the feirce protection of the ones you love by Reed. Just loved this book.
Meer lezen
Nuttig
Commentaar geven Misbruik melden
Vertaal recensie in het Nederlands
Alle 1 klantenrecensies bekijken
Klantenrecensie schrijven

C Wm (Andy) Anderson
3,0 van 5 sterren READER Beware...
6 november 2018 - Gepubliceerd op Amazon.com
Geverifieerde aankoop
This is one of those hilarious Romance stories that, if you chose to read the reviews first, and if you abhor profanities, you will be glad you read this review. Skip down to the BLUSH FACTOR below to learn why.

If, however, you have no qualms with dirty language, you probably will want to give this five stars. Although I thought the number of eff words was excessive, I still enjoyed this novel.

BLUSH FACTOR: There are a number of eff-words and other profanities, so I am certain nobody is going to be reading this to their young children or their prayer group. To their BFF, maybe, but that depends…

“I literally have nothing but time.”

Iris began. “In 1950, a young seventeen-year-old girl graduated high school and had dreams of going to college to study business. Back then, not many women went to college, and very few studied business, which was widely considered a man’s field. One night shortly after graduation, the young woman met a handsome carpenter. The two had a whirlwind courtship, and before long, the girl had immersed herself in his world. She accepted a job as a secretary answering the phones for the family business that the carpenter worked for, spent her evenings helping his mother take care of their home, and put her own passions and dreams on the back burner.

“On Christmas Day in 1951, the man proposed, and the woman accepted. She thought by the following year she would be living the American dream of being a housewife. But three days after Christmas, the young man was drafted into the army. Some of their friends were also drafted, and many of them were getting married to their sweethearts before they were shipped off to the military. However, this woman’s carpenter didn’t want to do that. So she vowed to wait for his return and spent the next few years working for his father’s carpentry business. When her soldier finally returned home four years later, she was ready for her happily ever after. Only on his first day back, he informed her that he’d fallen in love with a secretary on base and was breaking off their engagement. He even had the audacity to ask for the ring he’d given her back so that he could offer it to his new girlfriend.”

“Ouch,” I said. “Did I mention that Todd’s new fiancée is wearing my engagement ring? I wish I’d never thrown it at him.”

Iris went on. “I wish you hadn’t, too. That’s what this girl did. She refused to return the ring, telling him she was keeping it as payment for four lost years of her life. After a couple of days of licking her wounds, she dusted off her dignity, held her head high, and promptly sold the ring. She used the money to pay for her first business classes at college.”

“Well, the story doesn’t quite end there. She finished up college but was having the worst time trying to secure a job. No one wanted to hire her to run a business when her only experience was secretarial work for her ex-fiancé’s family carpentry company. So she embellished her résumé a bit. Instead of saying she was the secretary of the carpentry company, she wrote she was the manager; and instead of listing her duties as typing up quotes and answering phones, she listed preparing bids and negotiating contracts. Her improved résumé got her a job interview at one of the biggest property-management companies in New York City.”

“No. Turned out that the personnel director knew her ex-fiancé, knew she had lied about her responsibilities with the carpentry company, and berated her during the interview.”

“Oh my God. Like what happened to me today with Mr. Stick-Up-His…’

Three stars out of five, due to the excess of profanities.

I am striving to produce reviews that help you find books that you want, or avoid books that you wish to avoid. With your help, my improvement will help you and me improve book reviews on Amazon. Together, you and I can build a great customer review process that helps everybody. Will you join me? It is people such as you who have helped me improve over the years. I'm still learning, and I have a great deal yet to learn. With your help, I'll improve every day.

One request: Be respectful and courteous in your comments and emails to me. I will do likewise with you.

Thank you so much for indicating if this review helped you, or for your comment.

Look, I highlighted the crap out of this book because the whole thing was just too improbable and the plot sort of ran itself ragged, lacking a cohesive arc.
Not helping were our protagonists, Reed and Charlotte, whom I felt were recycled and also an amalgam of this duo's other book characters - namely, Stuck-up Suit, Bossman, and Egomaniac

If you’ve read the blurb then you know Charlotte was recently cheated on by her fiancé, which precipitated losing her job and home. The thing is, Charlotte is a ditz who seemingly has no clue how to navigate life without a man. And, as with most of Keeland’s and Ward’s heroines, she’s without friends (which I find preposterous as nobody is an island). Anyway, moving on.

By a stroke of luck, Charlotte finds a love note that, as it turns out, leads her to Reed.

By another stroke of luck, she’s immediately hired by Reed’s grandmother because, of course, Reed was mean to her and while she was hiding in the bathroom, crying her eyes out, serendipity happens.
Imagine for a second all the ducks that needed to be in that one row, managing to somehow create a circuitous meeting for these two. Seriously, can we say plot manipulation?

Reed, of course, has a big secret (not the ex, thank small mercies) that only he must know....leading to a situation where Charlotte all but chased him around like the coyote and the road-runner. Mad props to Char for tenacity, but mehn, that woman needed a dose of self-love.

Eventually, and only when it seems Char might prefer another bloke, Reed roused from his pity party enough to pursue her right all the way to France.
And....well, you can read my notes because I'm suddenly just tired and disillusioned. I had such high hopes for this book, I mean, just look at that cover. Le sigh.
Meer lezen
275 mensen vonden dit nuttig
Vertaal recensie in het Nederlands

Patricia
5,0 van 5 sterren Sweet, funny, and surprising. Beautiful!
8 november 2018 - Gepubliceerd op Amazon.com
Geverifieerde aankoop
Such a sweet story! Not what I expected going in but so much more that I couldn't put it down. I loved Reed and Charlotte! Everything that happened with the both of them made them that much more real. There were also some laugh out loud moments so watch out for those if you're reading in a public place or else people will look at you like you're crazy... You just gotta love Miss Darling! 😏👌
Meer lezen
150 mensen vonden dit nuttig
Vertaal recensie in het Nederlands

ADuffie
5,0 van 5 sterren Loved every minute
8 november 2018 - Gepubliceerd op Amazon.com
Geverifieerde aankoop
I always get so excited when I see a new book by these two authors. They always write unique stories that you can’t put down, this one was no different. I loved everything about this book and the cover.

Reed is in real estate and sells very big expensive properties. While doing a showing he meets Charlotte and their meeting doesn’t go so well. After the awful showing she receives a job offer she can’t turn down. She never expected she would be working for Reed.

The chemistry between these two was off the charts. I loved the banter between them. There were times this book would have me in tears and then I would be laughing. Hate Notes had it all and was perfection! I highly recommend this book and can’t wait for more work from these amazing authors.
Meer lezen
141 mensen vonden dit nuttig
Vertaal recensie in het Nederlands

Annie
5,0 van 5 sterren One of these power duos' best work.
8 november 2018 - Gepubliceerd op Amazon.com
Geverifieerde aankoop
I love love love LOVE this book so much. Reed is afraid to love because of his illness but he fell so hard for Charlotte that he is more afraid of losing her than loving her. This book does not have much sexual scenes, but it sure yanks your heartstrings a lot. I teared up twice.
Meer lezen
112 mensen vonden dit nuttig
Vertaal recensie in het Nederlands
Ga naar Amazon.com om alle 3.545 recensies te bekijken 4,6 van 5 sterren
Terug naar boven
Over ons
Verkoop bij ons
We helpen je graag
© 1996-2020, Amazon.com, Inc. en dochterondernemingen