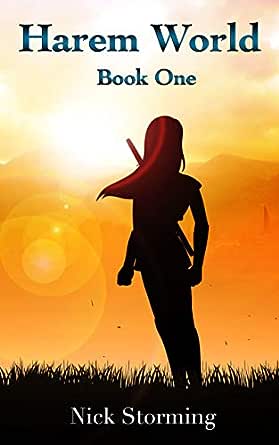 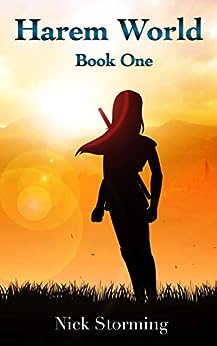 What would you do if you were transported to a fantasy world, stuck with a dangerous and sexy alien woman and given the magical powers of a Harem Mage?

Braden's life was falling apart after walking in on his wife and best friend having an affair. However, a chance encounter while wandering in the woods and he finds himself trapped on a distant planet, in a new and powerful body overflowing with magical powers. He must learn about his new powers, learn about this new world and try to find a way back home to Earth while surviving the trials of Harem World!

Druska arrived on the lush and backwater world, her mission: to scout it for resources and opportunities on behalf of the Galactic Corporation. Seeing neither electrical nor nuclear technologies she feels safe to collect some surface samples. Disaster follows when she is set upon by a crazy old man in robes and his lightning flinging female friend...

Leesha was a humble elven princess, destined to give her life in sacrifice for her people. But inside her burns the heart of a sorceress! Born without the gift to touch magic her long elven life has been dull and lifeless. That will all change when she is rescued by the man who will become her love and master...

Kindle Customer
3,0 van 5 sterren Needs some work
6 januari 2020 - Gepubliceerd op Amazon.com
Geverifieerde aankoop
Not bad, given the concept is fairly predictable; I’m actually looking forward to the next addition to the story. The problem is that I'm almost certain that this is a first draft; not everything written made sense just from a logical standpoint and virtually every paragraph of every page had at least one to three glaringly obvious grammar errors that distracted from the story. Please fix that in the next set of stories.
Meer lezen
3 mensen vonden dit nuttig
Vertaal recensie in het Nederlands