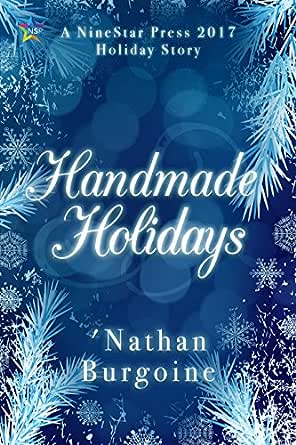 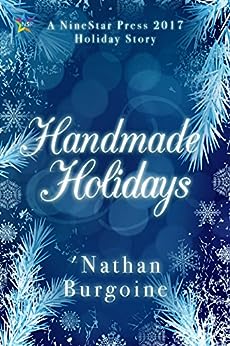 At nineteen, Nick is alone for the holidays and facing reality: this is how it will be from now on. Refusing to give up completely, Nick buys a Christmas tree, and then realizes he has no ornaments. A bare tree and an empty apartment aren’t a great start, but a visit from his friend Haruto is just the ticket to get him through this first, worst, Christmas. A box of candy canes and a hastily folded paper crane might not be the best ornaments, but it’s a place to start.

A year later, Nick has realized he’s not the only one with nowhere to go, and he hosts his first “Christmas for the Misfit Toys.” Haruto brings Nick an ornament for Nick’s tree, and a tradition—and a new family—is born.

As years go by, Nick, Haruto, and their friends face love, betrayal, life, and death. Every ornament on Nick’s tree is another year, another story, and another chance at the one thing Nick has wanted since the start: someone who’d share more than the holidays with him.

Of course, Nick might have already missed his shot at the one, and it might be too late.

Still, after fifteen Christmases, Nick is ready to risk it all for the best present yet.
click to open popover

Jeff Baker
5,0 van 5 sterren Burgoine's Excellent Christmas Story.
23 maart 2019 - Gepubliceerd op Amazon.com
Geverifieerde aankoop
"Handmade Holidays" by 'Nathan Burgoine should become an instant classic. The LGBT-themed Christmas story features Nick, thrown out of his house by homophobic parents who decides to make the best of his first Christmas on his own with a cheap tree and improvised ornaments. This begins a tradition as Nick begins selecting ornaments to symbolize each year. The story cleverly skips over several years to show Nick on later Christmases, as his life and his chosen family of friends changes over those years. "Handmade Holidays" should be read by everyone, LGBT or not, as the perfect antidote to the glittery warm-and-fuzzy Christmas specials re-hashed every year.
Meer lezen
Vertaal recensie in het Nederlands

bill m
5,0 van 5 sterren Perfect in every way
16 december 2017 - Gepubliceerd op Amazon.com
Geverifieerde aankoop
This is a wonderful story, heartwarming even for those of us who don't really celebrate Christmas. It's about people who put together a family and their passage through the years together, with all the affection and change attendant upon that travel. It's simple but very well written and a wonderful afternoon's read as the holidays approach. Do something nice for yourself and buy this one, then sit back and enjoy a couple of hours with an excellent book. Highly recommended.
Meer lezen
Een iemand vond dit nuttig
Vertaal recensie in het Nederlands

This is a beautifully written book about chosen family and the traditions we create with those we love, traditions that outlast and transcend any of the ups-and-downs life throws at us. There were moments that made me laugh, moments that made me frustrated, and moments that mad me cry, following the fifteen-year journey of Nick, Haruto and their fellow "misfit toys." I loved these characters so much by the end that I wish I knew them in real life.

Bluesapphires2k
5,0 van 5 sterren Loved it
17 december 2017 - Gepubliceerd op Amazon.com
Geverifieerde aankoop
It was like reading a cup of hot tea on a cold snowy day -- warm and refreshing and relaxing. I loved Nick, Haruto, and the rest of the gang. I loved how they stuck together over the years. I loved seeing how their lives changed over the years. I loved 'Nathan's writing. It definitely goes on my yearly holiday reading list.
Meer lezen
Een iemand vond dit nuttig
Vertaal recensie in het Nederlands

Briana
5,0 van 5 sterren Heartwarming and utterly charming
25 november 2017 - Gepubliceerd op Amazon.com
Geverifieerde aankoop
The cover copy of this book might indicate that it's darker than it really is. Nick's forced exclusion from his family precedes the beginning of this story, which is that of found family. The ability to revisit these characters for a brief time each year was wonderful. Things change, mistakes are made, and sometimes life gets in the way, but their friendships are a through-line that anchor each year.
It was a lovely quick read. As soon as I finished, I went back to the first page. I think it'll be a regular re-read for a dose of holiday cheer with a lot of heart but no over-sentimentality.