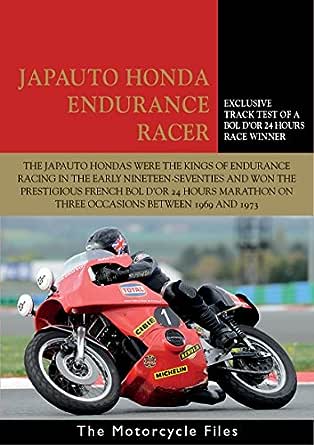 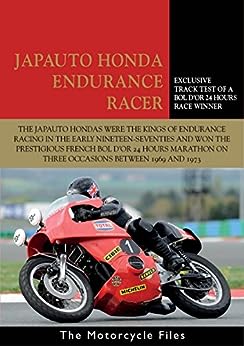 This issue of The Motorcycle Files features a significant landmark motorcycle in the evolution of the modern four-cylinder Japanese sportbike – even though this came courtesy of an innovative French company that very early-on saw the potential of Honda's CB750 four as an endurance racer.
Our feature comes in the form of an exclusive track test at Magny-Cours of what is acknowledged as the first 1000cc four-cylinder Japanese motorcycle, the 970cc Japauto Honda endurance racer fitted with a big-bore kit for the 736cc CB750 that was developed and sold by France’s largest Honda dealer.
The Japauto Honda first came to prominence as the winner of the 1969 Bol d'Or 24 Hours race and the team won again in 1972, this time using a CB750 motor in a British-built Dresda frame.
In 1973, there came a third Japauto win in the French classic. This time with the bike tested in this feature and then in the hands of Gerard Debrock and Thierry Tchernine. Two years later a Japauto was classed as the runner-up in the highly controversial 1975 FIM Endurance series, even after scoring more points than the eventual Kawasaki champions!
Alan Cathcart tested this significant racer in company with Thierry Tchernine, who gave tips on riding the bike he used to race and also confirmed the authenticity of this re-creation of it, even to the ultra distinctive Japauto bodywork that is so effective in giving protection, but which doesn’t impede riding the bike hard.
This edition also features the full Japauto racing history, including the achievement of Japauto patron Christian Vilaséca and his riders, Michel Rougerie and Daniel Urdich in scoring the first win for a four-cylinder Honda outside Japan at the 1969 Bol d’Or, some half a year before Dick Mann's perhaps more famous win in the Daytona 200.
In addition, there is a detailed technical description, including the modifications made to the air-cooled CB750 engine to enable it to produce a claimed 100 bhp at 8500 rpm.
Finally, as an interesting footnote to the story, 250 examples of Japauto's 1000VX streetbike were made as a replica of this Bol d’Or winner and of these 72 were imported to Spain as French-built motorcycles in order to circumvent ban on Japanese imports imposed as a protectionist measure for the fragile Spanish economy in the era of Generalissimo Franco.