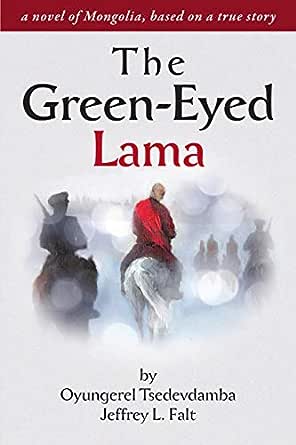 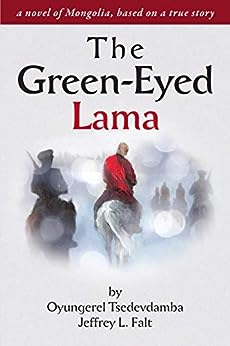 THE FIRST MONGOLIAN NOVEL EVER PUBLISHED IN THE WEST!

AN AWARD-WINNING, DECADE-LONG BESTSELLER IN MONGOLIA.

The year is 1938. The newly-installed communist government of Mongolia, under orders from Moscow, has launched a nation-wide purge. Before it ends, nearly a tenth of the country’s population will be murdered.

A young nomadic herds-woman named Sendmaa falls in love with Baasan, a talented and handsome Buddhist lama. Baasan resolves to leave the priesthood and marry Sendmaa, but her scheming neighbor persuades Baasan’s brother, Bold, to ask for Sendmaa's hand in marriage first. Their love triangle is engulfed by tragedy when Mongolia’s Stalin moves to crush the Buddhist faith.

Baasan is arrested. Sendmaa, Bold, and the other northern herders are branded counter-revolutionaries, and their herds are confiscated.

As the country teeters toward war, Baasan is sentenced to death as a class enemy. But an improbable ally, a lama turned “KGB” agent, intervenes in a way that reaches all the way to Franklin Roosevelt. Still, Baasan must summon every bit of his talent and ingenuity if he’s to survive the gulag, reunite with Sendmaa, and help save the Buddhist faith.

The Green-Eyed Lama is based on a true story. Nearly all of the book's characters are referred to by their real names. Written originally in English, it was published in Mongolian in 2008, and has been a bestseller in Mongolia for 10 years.


The Green-Eyed Lama is the first Mongolian novel to be published in the West. In November 2017, the French publishing house Grasset Editions published the novel in French under the title Le Moine Aux Yeux Verts.

nofly
5,0 van 5 sterren Great reading book
28 juni 2019 - Gepubliceerd op Amazon.com
For what I understand this was their first novel and I simply can't believe what a fantastic job the two did. Thoroughly enjoyed the book. It is very interesting, entertaining and provocative. It evoked some real emotions in me. I can understand why it is so popular in Mongolia. It also substantiated my dislike for Russians. Thank you very much for the good read. Good story telling. Damn, I just can't say enough good about it.
Meer lezen
Vertaal recensie in het Nederlands