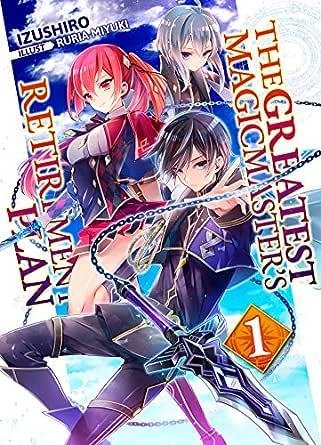 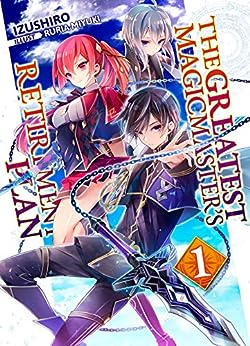 In a world where the Fiends run rampant... Magicmaster Alus Reigin, the young prodigy that has defeated more Fiends and reclaimed more of humanity’s lost territory than anyone else alive, requests retirement from military service at age 16.

But due to the twists and turns of fate surrounding his status as the No. 1 Magicmaster in the nation—the top Magicmaster out of more than 100,000—he ends up as a student at a special magical institute, hiding his identity and training his successors – a pair of beautiful Magicmaster girls! Not to mention continuing to defeat Fiends in secret...

J. Smith
3,0 van 5 sterren Okay- but not great
15 mei 2019 - Gepubliceerd op Amazon.com
Geverifieerde aankoop
First this is not a horrible book but I would not say its great either. The author seems to enjoy going into great detail explaining why and why not and what I feel is pointless why not this instead. I've seen a few other Japanese authors like this and I tend not to like their work they make up convoluted explanations of every magic and combat technique that only makes me think of that anime trope where a chuuni tries to be a LN author but they write garbage. This book feels like it was written by one of those people but it just wasn't as BAD as the hardcore chuuni archtype but it detracts from the enjoyment as 50% of this book is just wasted in this trap instead of progressing the story I had to skip alot of the detailed explanations simply I could care less how that magic technique is so much better than so and so and how it is such a top secret thing this that, blah I don't care tell me how effective it was a destroying the fiend and leave it at that.

So if you like a book that has very little progression because most of it wastes time just explaining things then you would love this one..I'm 50/50 at this point if i will get book 2 I did like the plot its just I know book 2 will not advance much more than this one did and the LN will likely end before any real conclusion.

The background lore is good. A post-apocalyptic setting has been done before, but this twist is pretty decently arranged. Essentially, the protagonist is a prodigy that wishes to retire, and be left alone. His skill on the battlefield is too great to be immediately dismissed though, so there's a compromise where he has to attend a school as a beginning student.

There are some logic problems though. First, why would a veteran go back to boot camp (not a great comparison, but it works)? Second, why would a military devolve to relying on one individual within, presumably, 8 years? Did recruitment drop off or national policy change?

The lore is great, but the author relies on 'Telling' not 'Showing'. An occasional info-dump is alright, but here it's more of the story itself. It reads more like a D20 guide than a story -- kind of a failing with the genre. It's better done in works like 'How A Realist Hero Rebuilt The Kingdom' or 'Arifureta: From Commonplace To World's Strongest'. Here it's long explanations that sometimes repeat themselves in the next chapter.

On the other hand, spelling and grammar are pretty good, so no complaints there.

Amazon Customer
5,0 van 5 sterren Enjoyable
15 mei 2019 - Gepubliceerd op Amazon.com
Geverifieerde aankoop
I enjoyed the book to a great deal and if i had to compare it to another series it really feels like the irregular at magic high. A character who is over powered but somewhat lacking in emotion that tries their best to get by in school while hiding their true strength. I also like how the author gives reasons and rules for how things work because "its magic" feels like a cop out to me.
Meer lezen
6 mensen vonden dit nuttig
Vertaal recensie in het Nederlands

Amazon Customer
2,0 van 5 sterren Kind of meh
26 juni 2019 - Gepubliceerd op Amazon.com
Geverifieerde aankoop
This may be a good book to read for upcoming writers. Less for its quality and more for an example of show vs tell. This story is on the extreme of tell. There is hardly a sentence that goes by were someone is saying or the main character is thinking he's a badass. There are no questions of what a character thinks of a situation because you hop to their mind to be told exactly what that is.

As to the story, it's a simple mixup of similar stories. All powerful main character, check. Harem of comely teenaged girls drawn to said character, check. Devastated human civilization on notice by entities only interested in attacking them who are protected.by a barrier that is starting to fail aka attack on titan, check.

X
1,0 van 5 sterren Meh
28 juni 2019 - Gepubliceerd op Amazon.com
Geverifieerde aankoop
Just another one of those “overpowered protagonist builds a harem” type series in the vein of Infinite Stratos or Hundred. The setting is unremarkable, the pacing uneven, and the cast is uninteresting. The main character flips between being “cool” and aloof to bashful virgin type in an unconvincing manner. The way the author goes out his way to describe the breasty breastiness of some of the main heroines is cringeworthy.

I understand the type of audience the author is reaching for, but honestly this doesnt have enough style or substance to recommend as even a quick read while you’re waiting on the next entry of your favorite series.
Meer lezen
2 mensen vonden dit nuttig
Vertaal recensie in het Nederlands
Ga naar Amazon.com om alle 19 recensies te bekijken 3,7 van 5 sterren
Terug naar boven
Over ons
Verkoop bij ons
We helpen je graag
© 1996-2020, Amazon.com, Inc. en dochterondernemingen