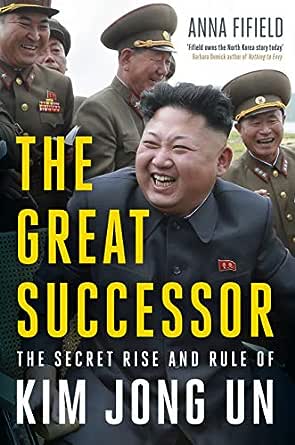 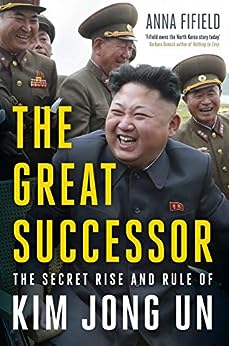 'Superb . . . a detailed account of a regime and a personality that are normally shrouded in mystery' Financial Times, Books of the Year

'Packed with the fascinating and frequently bizarre anecdotal detail' The Times

'Astonishing and insightful - the inside story of the mercurial man now making headlines, and history. Essential reading' Lyse Doucet

The Great Successor is an irreverent yet insightful quest to understand the life of Kim Jong Un, one of the world's most secretive dictators. Kim's life is swathed in myth and propaganda, from the plainly silly--he supposedly ate so much Swiss cheese that his ankles gave way--to the grimly bloody stories of the ways his enemies and rival family members have perished at his command.

One of the most knowledgeable journalists on modern Korea, Anna Fifield has exclusive access to Kim's aunt and uncle who posed as his parents while he was growing up in Switzerland, members of the entourage that accompanied Dennis Rodman on his quasi-ambassadorial visits with Kim, and the Japanese sushi chef whom Kim befriended and who was the first outsider to identify him as the inevitable successor to his father as supreme ruler. She has been able to create a captivating portrait of the oddest and most isolated political regime in the world, one that is broken yet able to summon a US president for peace talks, bankrupt yet in possession of nuclear weapons. Kim Jong Un; ridiculous but deadly, and a man of our times.

JET
5,0 van 5 sterren Top Kiwi journalist of her age
17 juli 2019 - Gepubliceerd op Amazon.com
Geverifieerde aankoop
Anna Fifield's unparalleled portrait of the world's most forbidding dictatorship, North Korea, confirms her place as New Zealand's most accomplished current journalist on the world stage.
Her work is so painstakingly thorough and readable, her insights so acute, that she takes the place of Peter Arnett, a South Islander who achieved global prominence in the last Iraq war.
Fifield, a product of Canterbury University's journalism school early this century, did what many NZ journalists do - travel overseas and show the locals what hard work and smart thinking can do when it comes to reporting news.
She has an exceptional mind, so incisive that I wonder if she is related to Keith Fifield, who dominated my school years in New Plymouth with his genius. His was in maths, though, so maybe not.
The amount of work Anna put into this book is reflected not only in its detail and balanced analysis, but in the vast list of sources and contributors in her epilogue.
The thing I admire most, however, is her typically Kiwi sense of fairness when she sums it all up at the end with a telling quote from the dictator himself.
She affirms that New Zealand determination to avoid the voice of the idealogue.
Jim Tucker
Meer lezen
2 mensen vonden dit nuttig
Vertaal recensie in het Nederlands
Ga naar Amazon.com om alle 1 recensies te bekijken 5,0 van 5 sterren
Terug naar boven
Over ons
Verkoop bij ons
We helpen je graag
© 1996-2020, Amazon.com, Inc. en dochterondernemingen