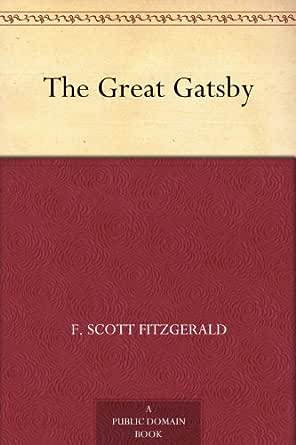 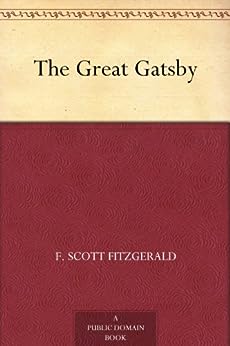 C.J. van der Vegte
4,0 van 5 sterren Finally had time to read this classic
11 augustus 2016
Geverifieerde aankoop
I have never seen the movie (and still have no intention), but I would like the read the book.
This is a classic for a reasaon, go read it yourself and enjoy this story.

Michael George
5,0 van 5 sterren a novel with themes that reach beyond the narrow limits of its time
23 oktober 2018 - Gepubliceerd op Amazon.com
Geverifieerde aankoop
The Great Gatsby is a recognized classic. Interestingly, the book did not sell very well during Fitzgerald’s lifetime, and when he died in 1940 he seemed to have regarded the book as a failure. When he died, scholars started to assess his work, and The Great Gatsby was recognized as an important work of literature. Besides its recognition, one must also think about its meaning for us in the present day. The “prohibition” period that he writes about was a strangely decadent period in America. Furthermore, the catastrophes of the Holocaust and WWII changed much about the U.S. and its position in the world. Since then, too, there has been substantial progress in civil rights, including the rights of women. In this sense, his novel seems parochial, and not very relevant for us today: Too much has changed about the world. Nevertheless, I think that if you approach the novel with an open mind and some knowledge of the historical context, you can see elements that remain of interest today. Fitzgerald was struggling with themes that are larger than his times, and still speak to us today. In this sense, I can recommend this book.
Meer lezen
16 mensen vonden dit nuttig
Vertaal recensie in het Nederlands

Karbear
1,0 van 5 sterren Why is this a classic?
7 februari 2019 - Gepubliceerd op Amazon.com
Geverifieerde aankoop
I grew up hearing about The Great Gatsby but somehow never had to read it in any English course. I finally read it after college and am confused as to why it's a classic. It's an easy read, that's about the only positive thing I can say about it. I once saw a tweet saying something along the lines of, "I have to assume that anyone who has a Great Gatsby themed party never finished the book." It still makes me chuckle. It's an awful and depressing story with no redeeming qualities. And don't forget the drunk driving! Pfft.
Meer lezen
11 mensen vonden dit nuttig
Vertaal recensie in het Nederlands

W Perry Hall
5,0 van 5 sterren Timeless American Art: An Alchemy of Truth and Beauty
25 juni 2015 - Gepubliceerd op Amazon.com
Geverifieerde aankoop
I believe the alchemy of time, place and the right talent and drive can create in an author the story and words to compose a portrait of truth and beauty that transcends time; a work of supreme art so rare and splendid that it is revered because our soul longs to be transported to the splendor of a moment in time and desires to be granted the providence to create something so divine that through it we may survive on this Earth forever.

As rare and astounding as the art of Rembrandt, Renoir and Rodin, F. Scott Fitzgerald's short novel casts a spell on me in his painting Love, Truth, Mythology and Tragedy in words so poignant, eloquent and gorgeous that I, a mere mortal, cannot do them justice, so I must quote (though I typically prefer not to):

“The loneliest moment in someone’s life is when they are watching their whole world fall apart, and all they can do is stare blankly.”

“In his blue gardens men and girls came and went like moths among the whisperings and the champagne and the stars.”

“His heart beat faster and faster as Daisy’s white face came up to his own. He knew that when he kissed this girl, and forever wed his unutterable visions to her perishable breath, his mind would never romp again like the mind of God. So he waited, listening for a moment longer to the tuning fork that had been struck upon a star. Then he kissed her. At his lips’ touch she blossomed like a flower and the incarnation was complete.”

“And as I sat there brooding on the old, unknown world, I thought of Gatsby’s wonder when he first picked out the green light at the end of Daisy’s dock. He had come a long way to this blue lawn, and his dream must have seemed so close that he could hardly fail to grasp it. He did not know that it was already behind him, somewhere back in that vast obscurity beyond the city, where the dark fields of the republic rolled on under the night.

Gatsby believed in the green light, the orgastic future that year by year recedes before us. It eluded us then, but that's no matter—tomorrow we will run faster, stretch out our arms farther. . . . And one fine morning——

So we beat on, boats against the current, borne back ceaselessly into the past.”
***

Jessica B.
5,0 van 5 sterren Beautiful, Romantic, Tragic
23 mei 2013 - Gepubliceerd op Amazon.com
Geverifieerde aankoop
I don't know how I made it through high school without reading this classic, but I'm so glad I get to come back to books like this and read them as an adult. I'm sure I would have learned stuff in high school, but I feel like I'm getting more appreciation out of books like this as I get older.
The only thing I knew about this book before I started reading was that it was a shallow love story that ends with the girl dumping the poor, innocent guy....or something. And yes that is the plot, but I think the story can also be about the American dream and who it's really available to. What is the American dream? Is it just getting money and it doesn't matter how? Did we really get away from social inequality? I hadn't really thought about any of that before reading this book. It made me wonder what my American dream is. Do I just want to get lots of money, a big house, and tons of stuff? Or is there more to it than that? Without spoiling the end, I feel like Mr. Fitzgerald's opinion on the matter is that some people are born to live the American dream and some aren't - and there isn't much you can do to change it. The fate of Daisy and Gatsby really brings that tragic idea home.

The parties were unreal. I was drooling over the mention of all the food. I couldn't help but imagine the Dowager Countess from Downton Abbey coming to Gatsby's house and being appalled at what Americans called "a dinner party." My mind was buzzing with all the practical details and sheer amount of money that it would take to feed two dinners and tons of alcohol to that many people... But the parties and glamour are just covering up the fact that most of these people are shady, immoral, hypocritical and just plain unhappy. Especially Tom and his wife Daisy.

I loved the writing. It was simple, charming, and witty - an interesting contrast to the much deeper story going on. The last line about how we can't escape from the past points out that even though as Americans we say that anyone can achieve wealth, happiness and equality, the truth is we keep getting sucked into the rules of the past.