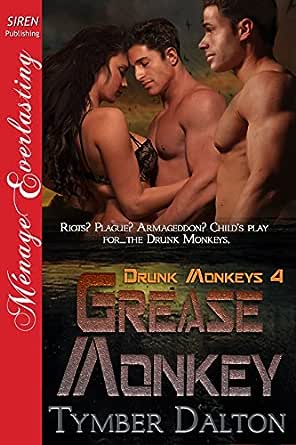 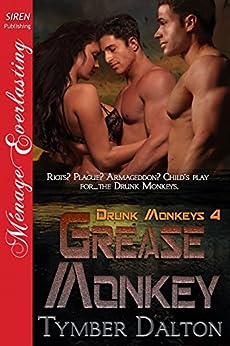 AnnieK69
5,0 van 5 sterren Love thi series!
29 december 2015 - Gepubliceerd op Amazon.com
Geverifieerde aankoop
Love this series! Rereading the series so far, the last 2 books are due out soon, and being better about reviewing. The Monkeys are still in LA still looking for the scientist that Bubba says is in the area. Roscoe and Niner rescue the scientis before she is captured by Rev. Silo's people. Nothing worse than having some car trouble in the middle of a rescue. Luckly they break down infront of Dolce Quin, a former military mechanic and sniper. Niner and Roscoe get off to a bad start with Dolce. Roscoe tends to piss off women just about every time he talks to them, and Niner being his partner gets the cold shoulder by association. Pandora puts in a good word for them. Loved Niner, Roscoe and Dolce. A fun and steamy read.
Meer lezen
Vertaal recensie in het Nederlands