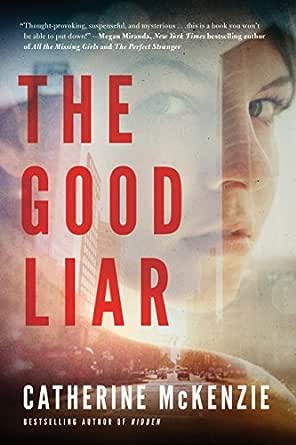 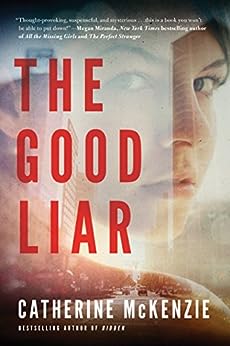 Can you hide a secret with the whole world watching?

When an explosion rips apart a Chicago building, the lives of three women are forever altered.

A year later, Cecily is in mourning. She was supposed to be in the building that day. Instead, she stood on the street and witnessed it going down, with her husband and best friend inside. Kate, now living thousands of miles away, fled the disaster and is hoping that her past won’t catch up with her. And Franny, a young woman in search of her birth mother, watched the horror unfold on the morning news, knowing that the woman she was so desperate to reconnect with was in the building.

Now, despite the marks left by the tragedy, they all seem safe. But as its anniversary dominates the media, the memories of that terrifying morning become dangerous triggers. All these women are guarding important secrets. Just how far will they go to keep them?

L. Lowe
5,0 van 5 sterren Good read!
3 april 2018 - Gepubliceerd op Amazon.com
Geverifieerde aankoop
"...a woman running away from a tragedy, a woman running toward the same tragedy, and one stuck in the middle of it." This is The Good Liar in the author's own words. Another great read by Catherine McKenzie. All three women have a story to tell. There's an underlying sense of foreboding throughout the book, even though the catalyst is tragic enough. The pieces start falling into place and you think you're getting a handle on it all, but then there's another 1/3 of a book left! There's more to read, trust me.
This is the kind of book that you read again just to see if you missed anything the first time, to see if you can pick up on the subtle clues now that you know the end. Good stuff.

Carol Boyer
5,0 van 5 sterren Stunning suspense, A past revealed, you won't figure it out, just read it and enjoy!!
7 april 2018 - Gepubliceerd op Amazon.com
Geverifieerde aankoop
I love the way Catherine McKenzie writes her characters, there are so many ways to learn who they are and yet who you wonder are they really who they seem, by the choices they make, the secrets they hide. A gas explosion decimates the building where Cecily's husband Tom works, and his co-worker Kate. Folks are running blocks away from the debris, and smoke, and fate kept one woman from being in that building while another lost her husband, and another her mother. The story is told ten years later in a documentary, with alternating voices of each women. What happens over the years is told, how these three women are connected and what their lies have propelled them to do, each chapter building more palpable suspense and questions. This book is compelling and brilliantly written and I highly recommend it as one of this authors best, if not the best to date!
Meer lezen
33 mensen vonden dit nuttig
Vertaal recensie in het Nederlands

Alicia A Sargeant
2,0 van 5 sterren Don't waste your time
30 april 2018 - Gepubliceerd op Amazon.com
Geverifieerde aankoop
I don't review all the books I read but I needed to review this one because I am genuinely surprised that it was rated so highly and honestly I am frustrated that I wasted my time reading it . The book is not terrible but it is predictable and boring . The author tried to add a twist to the end but like so many books I've read lately , it merely involves the author adding a different scenario and calling it a twist. But this book , like many other recent books, was not intriguing enough and did not have enough depth to make it an actual twist .
Meer lezen
33 mensen vonden dit nuttig
Vertaal recensie in het Nederlands

Susan Sloate, Best-selling Author, FORWARD TO CAMELOT and STEALING FIRE
5,0 van 5 sterren A novel you can't put down--and I didn't
24 april 2018 - Gepubliceerd op Amazon.com
Geverifieerde aankoop
I bought this book for my Kindle on Sunday and could not put it down; finished it less than 2 full days later.

When you have something that's that good a read, you like to tell people about it.

This is an amazing novel, about an event that joins three women together irrevocably and forever. They are bound by secrets and stories that follow them, unable to let them go, and which have deep emotional consequences.

I won't recap the premise here, but I will say that it's well worth the read. And while I did guess SOME of what was coming up, a good deal of it was a surprise--the best kind of surprise possible, when the writer gets ahead of you. I did not see the final twist coming, and I'm glad.

This is a book I'll re-read, probably more than once, and very happy I found it. Well worth your money and your time.
Meer lezen
25 mensen vonden dit nuttig
Vertaal recensie in het Nederlands

Sara N
3,0 van 5 sterren Slow start
12 april 2018 - Gepubliceerd op Amazon.com
Geverifieerde aankoop
I pre-ordered this novel as I enjoy the Author and her previous writings, however the back and forth of the writing as well as the slow start had me almost giving up on it. I kept on though and it all started to make sense. That is what Catherine McKenzie does and I must not have been patient enough when I began reading. Once into it I enjoyed it. The idea of running away from one's life was most intriguing to me; to up and leave your kids and spouse in an instant., where would one go? What would they do? Would have given 4/5 stars IF not for the slow start.
Meer lezen
22 mensen vonden dit nuttig
Vertaal recensie in het Nederlands
Ga naar Amazon.com om alle 571 recensies te bekijken 4,3 van 5 sterren
Terug naar boven
Over ons
Verkoop bij ons
We helpen je graag
© 1996-2020, Amazon.com, Inc. en dochterondernemingen