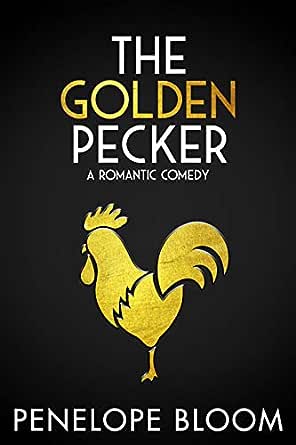 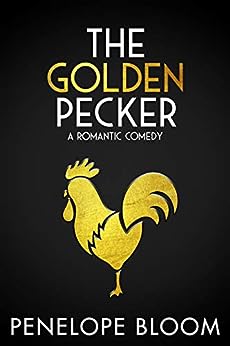 I’ve known about Andi Wainwright my whole life. Until now, I’d done a damn good job of keeping my distance. No photos. No social media.

But that changed when I learned about the old man’s death. I had the misfortune of being his business partner, and now the keys to my future are tangled up in his ridiculous will.

First, I had to personally bring Andi down to his club, The Golden Pecker to show her some mysterious video. I may be in the dark about what’s going on, but I know one thing:

I don’t care what’s on that tape. Nothing is going to change the fact that Andi Wainwright is the enemy.
click to open popover

BookBoleyn
5,0 van 5 sterren Everything I expect from Penelope! Pure gold!!
10 december 2019 - Gepubliceerd op Amazon.com
Geverifieerde aankoop
This all starts with the death of the man Andi and her sisters have called Grandfather since their parents died. She is devastated by his death. She and her sisters are waiting to hear from someone concerning his will. A will not spelled out in the traditional way.

Andi is apparently the lucky one who gets to go first. The news brought to her by the ludicrously hot guy whe just met at the vending machines. Landon, who says he was his business partner.

Dark and broody Landon who is also a bit of a dork.

They have instant chemistry and despite the circumstances of how they meet and have to interact, they find happiness with each other.

Penelope does it again. She mixes the hilarious, ludicrous, sweet, steamy, tender, mysterious all in one read you won't be able to set down until you finish.

Please, please give us the next sister's story!!

Linda Reads
5,0 van 5 sterren Whoa! The sexual tension between Andi and Landon, but there are so many secrets!
12 december 2019 - Gepubliceerd op Amazon.com
Geverifieerde aankoop
Andi and her sisters are coming to grips with the death of their grandfather by adoption, William Wainright who owned the Wainright Hotel where the girls are staying. A chance encounter with a very attractive man at the vending machine has Andi very curious. Who is Landon Collins? What’s with his reaction to hearing her name? What was Grandpa Willy up to? And, was he really who she thought he was?
I’m not going to spoil the surprises but let’s just say this is a unique plot with a “hint” of taboo. Oh, and The Golden Pecker Club is a BDSM Club run by Landon but owned by Grandpa Willy. What?! As usual, Ms. Bloom has riddled her book with some hilarious dialogue and situations. I can’t wait for the books about Andi’s sisters. Landon has a brother and a best friend. Hmmmm…
Loved this story. I volunteered to review an ARC of this book through Booksprout and it comes highly recommended. If you like romatic comedy with steamy moments, you will want to read this book! Definitely more than 5 Stars.
Meer lezen
4 mensen vonden dit nuttig
Vertaal recensie in het Nederlands

Kindle Customer
5,0 van 5 sterren A true rom-com!
17 december 2019 - Gepubliceerd op Amazon.com
Geverifieerde aankoop
Andi is hilarious. Landon is not. Together, they are something else. I loved this story. Penelope has written a story with a little bit of everything, blended together perfectly. Andi and Landon have different ways of hiding their hurt. Barriers are broken down. Trust and forgiveness are hard fought for. Throw in a bit of BDSM , some secondary characters to stir the pot, and you have this romantic tale that brings you into this story. What a fun place to be!
Meer lezen
2 mensen vonden dit nuttig
Vertaal recensie in het Nederlands
Ga naar Amazon.com om alle 276 recensies te bekijken 4,6 van 5 sterren
Terug naar boven
Over ons
Verkoop bij ons
We helpen je graag
© 1996-2020, Amazon.com, Inc. en dochterondernemingen