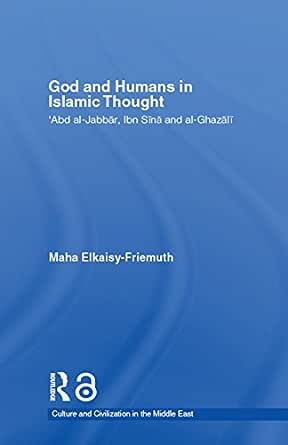 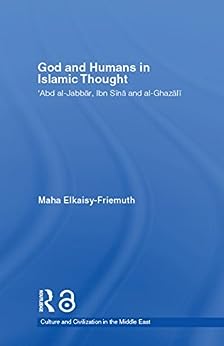 '[T]his study of the philosophical analysis of the Islamic faith is accessible to all philosophers who are interested in the relationship between religious faith and reason, and the author is to be congratulated for providing an extremely insightful and meticulous account of the human and divine relationship in the works of these significant Islamic thinkers.'
- Patrick Quinn, All Hallows College, Dublin, in Philosophy East & West

Winner of The Iranian World Prize for the Book of the Year 2007 in the Philosophy and Mysticism category.

This new and original text provides a timely re-examination of Islamic thought, presenting a stark contrast to the more usual conservative view.

The explanation of the relationship between God and humans, as portrayed in Islam, is often influenced by the images of God and of human beings which theologians, philosophers and mystics have in mind. The early period of Islam reveals a diversity of interpretations of this relationship. Elkaisy-Friemuth discusses the view of three scholars from the tenth and eleventh century: Abd al-Jabbar, Ibn Sina and Al-Ghazali, which introduce three different approaches of looking at the relationship between God and Humans.

God and Humans in Islamic Thought attempts to shed light on an important side of medieval rational thought in demonstrating its significance in forming the basis of an understanding of the nature of God, the nature of human beings and the construction of different bridges between them.

Ronald E. Wilson
1,0 van 5 sterren Look Inside
22 januari 2020 - Gepubliceerd op Amazon.com
Amazon's has the worst kindle 'look inside' ever. You cannot get the breadth of the book. Also Routledge published books (new ones) are the worst. They have all of their scholarly books (and this includes Brill, Oxford, Cambridge, etc.), printed and pressed in Red China and it shows! Their books are glued(with a pseudo sewn appearance) along with a huge price. When I buy their books I always look for used(usually with an increased price) because they are a much better quality. That means they will last longer and be sold at a much better price!
Meer lezen
Vertaal recensie in het Nederlands
Ga naar Amazon.com om alle 1 recensies te bekijken 1,0 van 5 sterren
Terug naar boven
Over ons
Verkoop bij ons
We helpen je graag
© 1996-2020, Amazon.com, Inc. en dochterondernemingen