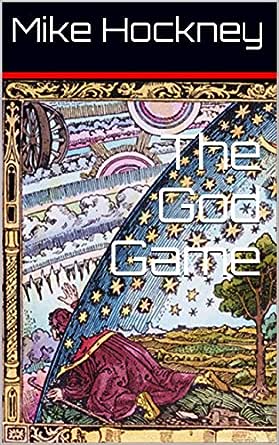 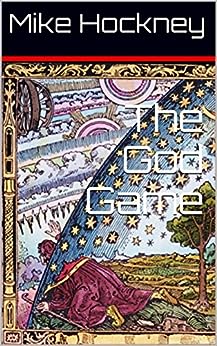 Nathan Skinner
5,0 van 5 sterren Thought Provoking
21 januari 2016 - Gepubliceerd op Amazon.com
Geverifieerde aankoop
Maybe there is some truth in here, maybe it's a load of nonsense. Either way, it's a very fun read and challenges the reader to think about our existence in different ways. I had a blast reading this book. It took me a long time to read because I found myself putting the book down every few pages to actively think about the material and work it out for myself. Often, when I picked the book back up, I found that where I ended up during my thought breaks is where the book was heading. It is essentially a mathematical philosophy book with a touch of the occult and helped fortify my reason. It really had me looking at the world differently. There are something like 30 more books in this series and if I am going to stop an think every few pages, it will take me years to get through them. But, that's great! Everyone should read this book.
Meer lezen
5 mensen vonden dit nuttig
Vertaal recensie in het Nederlands

Richard B.
5,0 van 5 sterren Good Lord (Math)...
6 mei 2018 - Gepubliceerd op Amazon.com
Geverifieerde aankoop
Good lord what if the good lord turned out to be the bad lord, this is what this series of books is all about. There is much more to existence than being ruled over by an imaginary lord of emotions. Let the lord of reason guide you to divinity,the knowledge of all things. That what you are seeking is actually your self. You need to come to grips with the indoctrination of your forefathers, escape the archaic mindset and become the god in the God series .These books of Pythagorean proportions contain the grail of knowledge you are truly seeking , and contain all the secrets of the universe through ontological mathematics 1+1=2. You have your truth on this statement . One click in the left direction is all that is required.
Meer lezen
2 mensen vonden dit nuttig
Vertaal recensie in het Nederlands

David Melik
5,0 van 5 sterren best contemporary rationalist idealist philosophy book
24 december 2015 - Gepubliceerd op Amazon.com
Geverifieerde aankoop
This is the best (along with his others and those of the two associated writers) introductory modern series on rationalist idealism in Classical Greek & Cartesian & German Idealist philosophy & postmodernism, including Pythagoreanism/Illumination, Platonism, Hermetism, Gnosticism, Leibnizianism, Hegelianism, formal & natural & social science, religion, and the arts, in this case such as a full historical overview of philosophy and belief systems from the stone age to present day, and what is the final, perfect philosophical view. It's not theist in the popular sense, but describes the most rational thing to call 'divine'. This is the best overview of philosophy, and first in the best series that explains reality more clearly than anything else.
Meer lezen
4 mensen vonden dit nuttig
Vertaal recensie in het Nederlands

This series has interesting parallels and is significantly concordant with a recently released book "The Supra-Intelligent Design". Together they give one a very modern idea of the nature of God.
Meer lezen
5 mensen vonden dit nuttig
Vertaal recensie in het Nederlands

H. Stine
5,0 van 5 sterren There is good reason for that
5 januari 2016 - Gepubliceerd op Amazon.com
Geverifieerde aankoop
This book is a start to learning about the nature of reality. Just be sure you know how to approach it. Understand that this is a book that depends heavily on first principles and the reader's ability to intuit concepts that are seldom discussed in regular conversation.

Having read it twice, I can honestly say that this series requires several passes over to truly appreciate. That should be a hint for those find this material repetitive. There is good reason for that.

A significant challenge to be overcome in this series is the fact that many of the concepts introduced depend on an intuitive understanding. Take the principle of sufficient reason. It gets mentioned over and over and over again, but unless you can discover for yourself how it is not only true but MUST be true you'll be at a loss. These principles are as basic as 1+1=2, but we encounter them so infrequently that we have little appreciation for them. Once you do find the appreciation, however, it is an eyeopening experience, and if you are the caliber of person these books were written for it will be exactly what you have been looking for for a long time.

Also, even though this book is decidedly anti-Abrahamist and non-atheistic, do not make the mistake that Deepak Chopra fans will have much to gain. This book will not tell you how to reverse aging and the author is not vague about his positions. He is nuanced, but not vague. The purpose is not to deliver a message that is well liked or positive.

It also bares mentioning that this is not a science text. Someone who reads and understands the content will understand why it is not relevant that scientists were not interviewed. This book discusses metaphysics, which science regards as wasted effort. And science is of course correct so far as its methodology is concerned. Empiricist study, by its nature, can never answer the questions this book attempts to answer because empiricist study can never reveal first principles.

So, there are more books to follow this one. I offer that if this material appeals to you, you should expect years or decades of effort. Once first principles are properly understood, it would then behoove everyone to begin looking up supplementary material. It would be wise to begin studying the actual mathematics that this series is based off of. It is difficult understanding much of the text if you are unable to visualize the mathematics they are discussing. A lot of the writing is very abstract and attempts to describe mathematical concepts to the layman. Imagine someone trying to explain Fourier Transforms with just text to the unintiated and you will get the idea.
Meer lezen
4 mensen vonden dit nuttig
Vertaal recensie in het Nederlands
Ga naar Amazon.com om alle 55 recensies te bekijken 4,5 van 5 sterren
Ontdek het beste van shopping en entertainment
Gratis en snelle bezorging van miljoenen producten, onbeperkt streamen van exclusieve series, films en meer
> Ontdek Prime
Terug naar boven
Over ons
Verkoop bij ons
Amazon-betaalmethoden
We helpen je graag
© 1996-2020, Amazon.com, Inc. en dochterondernemingen