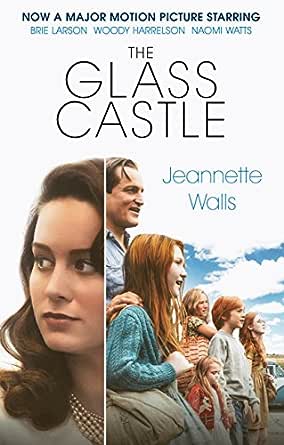 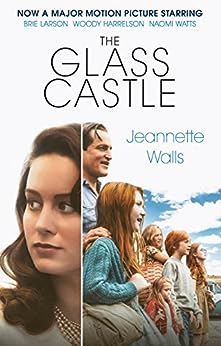 This is a startling memoir of a successful journalist's journey from the deserted and dusty mining towns of the American Southwest, to an antique filled apartment on Park Avenue. Jeanette Walls narrates her nomadic and adventurous childhood with her dreaming, 'brilliant' but alcoholic parents.

At the age of seventeen she escapes on a Greyhound bus to New York with her older sister; her younger siblings follow later. After pursuing the education and civilisation her parents sought to escape, Jeanette eventually succeeds in her quest for the 'mundane, middle class existence' she had always craved. In her apartment, overlooked by 'a portrait of someone else's ancestor' she recounts poignant remembered images of star watching with her father, juxtaposed with recollections of irregular meals, accidents and police-car chases and reveals her complex feelings of shame, guilt, pity and pride toward her parents.

oldschool
1,0 van 5 sterren Can Walls be believed?
31 oktober 2018 - Gepubliceerd op Amazon.com
Geverifieerde aankoop
I began to doubt the truth of this memoir when she referred to Fish Creek Canyon, Arizona, as being West of Bullhead City. The only state West of Bullhead City is Nevada and Fish Creek Canyon is far to the East in the Superstition Mountains near Phoenix Arizona. Sloppy work. Where is the publisher's fact-checker? If one writes about place and from place they need to know what they are talking about. I also found her descriptions of the desert generic. The Sonoran is not the northern basin-range.
Meer lezen
59 mensen vonden dit nuttig
Vertaal recensie in het Nederlands

NHS1966
5,0 van 5 sterren Amazing true story
10 september 2017 - Gepubliceerd op Amazon.com
Geverifieerde aankoop
I just love this story about growing up dirt poor in one of the poorest and most depressing coal mining towns in West Virginia. I am a West Virginian, and there were many poor and alcoholic coal miners in my family, so I can really relate to the struggles this family faced. Ms Walls does an excellent job of telling her story so the reader feels like they were there. I could feel her pain, anger and disappointment to the point that I shed tears more than once. I read the book shortly after it was published, and just read it again after seeing the movie, which was also excellent. This book is easily one of my top five best books ever.
Meer lezen
60 mensen vonden dit nuttig
Vertaal recensie in het Nederlands

CJB
4,0 van 5 sterren The author is dispassionate, so the reader can be angry.
19 februari 2018 - Gepubliceerd op Amazon.com
Geverifieerde aankoop
Excellent description of places, excellent representation of how people speak, excellent presentation of the children's growing maturity and awareness. The author writes with compassion for her parents, but as a reader this book made me angry over and over as the adults indulged themselves with selfishness, immaturity, and alcoholism, leaving themselves and their children hungry and cold and the children haphazardly educated, even molested. The children's transition from a life of abject poverty to new lives in New York City is painted with broad strokes, and I can't help thinking there's another book in there. They would have had to learn how to live as adults in an urban environment, how to relate to people differently, how to see themselves as something other than the bottom of the social structure. When the author presents the scene in which she learns that her mother actually had a substantial amount of money - a fact that is hinted at throughout the book - and fully understands that none of it had to happen, she handles it without anger. The closing scene with its repetition of the image, "dancing along the border between turbulence and order," is satisfying.
Meer lezen
32 mensen vonden dit nuttig
Vertaal recensie in het Nederlands

ShariAnna - Arizona
5,0 van 5 sterren New favorite book for me
6 november 2017 - Gepubliceerd op Amazon.com
Geverifieerde aankoop
I think this may be the best book I’ve ever read. I’m 60, and I read A LOT. The character Mary, in this book, at one point says she is addicted to reading. When I’ve told people that, they act like it’s a joke. This book had me back and forth, from nodding in agreement with the sage parental advice given to the Walls children about Life...then freaking out over a little girl falling out of a moving vehicle and they don’t even know it right away! In the beginning of the story the dad spends quality time with his children. They have adventures most kids couldn’t dream of. Then he drinks up the grocery and electric bill money. The mother is ahead of her time in lots of ways. She is also neglectful and self absorbed— in shocking ways. It’s because of the many reality checks that I didn’t doubt for a minute, memoir or not, that this is a true life story. It was a very funny book. My favorite Rex Walls story was him fixing the termite ridden floor by smashing beer cans and nailing them over the holes. “Time to go her another six pack”. (There were holes left to patch). Drink a beer, patch a hole..repeat. His best line, for me, was when he is telling his daughter about quantum physics and rethinking his atheist perspective. He holds up his DT shaking hand for some reason and tells her he doesn’t know if it’s “fear of God or lack of booze”. I thought maybe the author was being a little too careful going easy on her parents—some parts of the book were heart breaking to read. In the end, though, I’m glad she left it to the reader to decide, and thank GOD it wasn’t a “poor me” story! It was just realer than real, with the opportunity, should you choose to take it, to feel hope and optimism. To believe we are right to have hope. And a job.
Meer lezen
28 mensen vonden dit nuttig
Vertaal recensie in het Nederlands
Ga naar Amazon.com om alle 7.798 recensies te bekijken 4,6 van 5 sterren
Terug naar boven
Over ons
Verkoop bij ons
We helpen je graag
© 1996-2020, Amazon.com, Inc. en dochterondernemingen