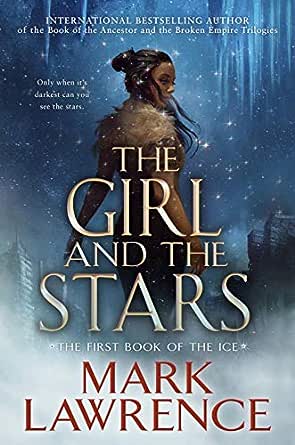 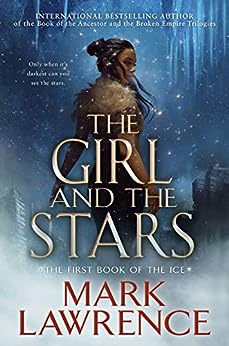 Praise for the Book of the Ancestor trilogy Fabulous, in-depth world building, great characters, and as always with Lawrence, plotting that is fresh and unpredictable...If you like fresh, take-no-prisoners fantasy, this is for you.--Rick Riordan, #1 New York Times bestselling author of The Burning Maze "Dark, passionate, tense, with a female hero anyone could relate to--I was utterly fascinated! This is no pretty, flowery tale, but one of vastly different people struggling to survive when a hostile government comes to power."--Tamora Pierce, #1 New York Times bestselling author of Tempests and Slaughter "Mark Lawrence has evolved into a master of his craft. In Red Sister he has produced a novel that is as thought-provoking as it is entertaining, and as poignant as it is ferocious. Highly recommended."--Anthony Ryan, New York Times bestselling author of The Wolf's Call

"Lawrence's suspenseful account of Nona's efforts to complete her training and gain control over her powers balances action and introspection, and will keep readers hooked."--Publishers Weekly The series is truly a masterwork of speculative fiction writing the likes of which is rarely achieved.--Grimdark Magazine
--Deze tekst verwijst naar de hardcover editie.

Mark Lawrence was born in Champaign-Urbana, Illinois, to British parents but moved to the UK at the age of one. After earning a PhD in mathematics at Imperial College London, he went back to the US to work on a variety of research projects, including the Star Wars missile-defense program. Since returning to the UK, he has worked mainly on image processing and decision/reasoning theory. He never had any ambition to be a writer, so he was very surprised when a half-hearted attempt to find an agent turned into a global publishing deal overnight. His first trilogy, The Broken Empire, has been universally acclaimed as a groundbreaking work of fantasy, and both Emperor of Thorns and The Liar's Key have won the David Gemmell Legend Award for best fantasy novel. Mark is married, with four children, and lives in Bristol. --Deze tekst verwijst naar de hardcover editie.

KS
5,0 van 5 sterren Yaz in Wonderland!
22 april 2020 - Gepubliceerd op Amazon.com
Geverifieerde aankoop
The Book of the Ancestor trilogy (Red, Grey, Holy Sister) is among my favorite fantasy series in a while, with its brilliant world building, plotting and wonderful cast of characters. So I was pretty excited for another series from the same world but at a different location (far to the north in the Ice wastes instead of the Equatorial "green" band where our favorite convent resides). And it does not disappoint, focusing on the powerful quantal Yaz and her journey of discovery as she is hurled into the unknown at breathless pace (Literally, like Alice into the rabbit hole.). The plotting is as tight as ever though a lot darker and not as fun as the Ancestor trilogy. The character ensemble is great but lacks the emotional resonance of the first series, with a lot more tension in general, although that suits the darker tone of this book well. This book also starts to delve a lot more into the mythology of the series, especially the nature of the Missing which is pretty exciting.
Can't wait for the next one!
There is also the hope that we *might* get to catch another glimpse of Sisters Cage, Thorn and the merry band at Sweet Mercy.

QueenKatieMae
5,0 van 5 sterren Different from his other books but still the gives us a strong main character and a magical world.
1 mei 2020 - Gepubliceerd op Amazon.com
Geverifieerde aankoop
“She has lived a life in the jaws of the wind, her eyes trained to find meaning within a hundred shades of white and grey. She has lived as a singular mote of warmth upon a vast and lifeless wilderness.”

It’s been a long time that I have read a book where the author had taken such care to describe and narrate the setting, giving it such a strong voice and personality, that it can actually be considered another character. Mark Lawrence’s books have always been character strong--Jorg and Nona are stunning, Jalan truly annoying; his plots are fascinating and complex, the world building phenomenal, his humor wicked. But this is the first time, in all of his books, I have felt the presence of the setting, and let me tell you, the world below the ice on the planet Abeth is quite a character.

The Girl And The Stars takes place in the same world as The Book Of The Ancestor, and the reader does not need to read it first, but they should read it. Yaz is a member of the one of the northern tribes, the Ictha, that survive day to day on the ice battling blistering wind and deadly cold. Their life is regimented for survival, or they die. People don’t grow old on the ice, they don’t survive injury, and every four years the tribes meet at the Black Rock where children considered ‘broken’ are thrown into a deep crater and never seen again. It’s a cruel existence. And Yaz feels this time, it is her turn.

When she was ten years old, Yaz began to feel and experience what she calls the River. It’s a forbidden magic that gives her power that does not exist on the ice but conversely it also diminishes her strength as an Ictha, a major source of pride, and necessary for survival. She knows she is considered broken and the hole is her fate. Needless to say, Yaz does end up down the hole but not how she imagined she would. And she never ever imagined, not even in her wildest dreams, what she would find down the hole, under the ice, at Black Rock.

To go further would spoil the surprises waiting for Yaz under the ice but it is there the reader will get to know the underworld in all its wild, starry, soaring, at times claustrophobic, and monstrous beauty. The ice changes its mind, its appearance, its terrors—it even moans! It is alive.

I truly enjoy Lawrence’s writing and I was thrilled by TGATS, and I noted some differences from his other works. There are a few pages at the top of the crater, then the rest of the story takes place under the ice. The pace is frantic and exhausting with little time for rest (character or reader). The story is wild and twisting, parts remind me of Alice In Wonderland. The magic here is stronger and plays a larger part than in The Book Of The Ancestor.

The major difference between his other works and this book is the story resembles the people from the ice: stoic, unwavering, and not a humorous bunch. His book Red Sister begins with a fabulous--and frequently quoted--line that sets the flavor of the story, Jalan needed two sentences, Prince of Thorns a paragraph, but we knew we were headed into a world with a wicked sense of humor. The first line in TGATS scared me.

I would love to someday meet Mark Lawrence (my favorite writers are my rock stars) because I need to ask him: You quoted Ozymandias in The Girl And The Stars, does that mean Abeth is what I think it is?

Kindle Customer
1,0 van 5 sterren I really wanted to like this book... But its just soooo boring
9 mei 2020 - Gepubliceerd op Amazon.com
Geverifieerde aankoop
I love all of Marks other books and seeing a new one I was super excited. However unlike all his other works - this story is so boring and so inconsistent. This should be a short story. You can skip through half of this book and it wouldn't matter. Don't get me wrong there are some very good nuggets but man what a disappointment as there are so many things wrong... I.e. actions don't have real consequences, characters are flat - no development, very little is explained... Anyway... Please Mark the next one cannot be like this.
Meer lezen
6 mensen vonden dit nuttig
Vertaal recensie in het Nederlands

CT
4,0 van 5 sterren Good but could be shorter
12 mei 2020 - Gepubliceerd op Amazon.com
Geverifieerde aankoop
Lots of navel gazing could have been cut. We get it, personalities are complex and identity is fluid. But dwelling on this probably took 100 pages more than needed. This is not the concentrated goodness we had with the Price of Thorns. I wonder if when writers get sucessful editors are reluctant to reign them in? Or maybe this stuff actually sells better, making the story seem “deep”.

Anyway . . . aside from that, the world was interesting and mysterious, the action was exciting, and the characters and their relationships well done. I’ll read the next one.
Meer lezen
3 mensen vonden dit nuttig
Vertaal recensie in het Nederlands

Ebzo
5,0 van 5 sterren As Usual.....GREAT
30 mei 2020 - Gepubliceerd op Amazon.com
Geverifieerde aankoop
The one thing that always seems to happen I the various series set in this world is the experience follows the same set plan
1 the story seems stupid and/or boring
2 I say to myself Mark Lawrence screwed up this time "I won't want to read this crap"
3 Being cheap and foolhardy I give Lawrence the benefit of the doubt
4 I try it
5 Page 3 I am hooked

This time he made the impossible task of taking a post apocalyptic Eskimo-like female teenager living on the absolute farthest North edge of life where even dogs can not live...... And twists her boring monotony of lifelong ice traipsing into the staring point of an epic.GRIPPING tale.