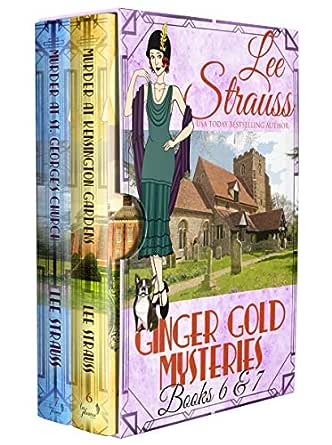 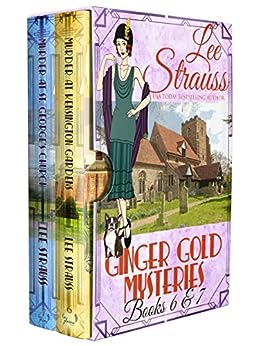 Murder isn't a walk in the park...

When Chief Inspector Basil Reed becomes a suspect, the blustery and often times pigheaded Superintendent Morris pulls him off the case. Ginger’s not about to be pushed around by the superintendent despite his warnings: if she doesn’t butt out, she’ll be arrested for impeding a police investigation. She soon finds herself undercover in the spicy world of burlesque dancing—much to Basil’s chagrin.

Ginger and Basil’s agree to work together off the record to find the killer. It’s a proposition their strained friendship may not survive—even if they do.

Weddings can be murder.

Romance is in the air for the delightful Reverend Oliver Hill. Unfortunately, the choir rehearsal for the wedding ends abruptly with the sudden and disturbing appearance of a body.

War widow fashionista Ginger Gold is determined to find the killer even if it means working with the dashing, yet exasperating Chief Inspector Basil Reed, but only in her professional capacity as a private investigator. Like they say: once burnt, twice shy.

Basil has his work cut out for him if he wants to solve this case and win back Ginger’s heart.

He’s up for the challenge.

C. S. Personett
5,0 van 5 sterren Entertaining
8 februari 2020 - Gepubliceerd op Amazon.com
I am very happy with this series and have been reading every chance that I get.
Meer lezen
Vertaal recensie in het Nederlands