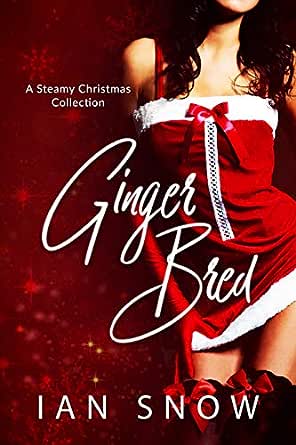 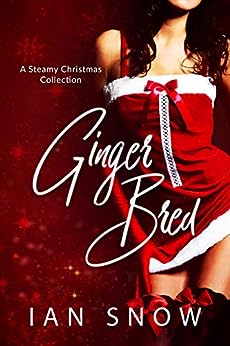 All Ginger wants for Christmas is a baby - and Santa happens to know several men up for the job. Throughout one crazy night, Ginger realizes this is far more than a hookup. She's genuinely falling for these three men, but will they want to stick around once the holiday's over?

In From the Cold:

Landon's a good man, but a lonely one. After a family get-together, he walks home and meets a jolly friend along the way. When he confesses he'd love to meet someone, Santa sends Landon on his way back home. But the night's strangeness isn't done yet, as a lovely young woman's car has broken down. She needs to come in from the cold, and Landon's place just happens to be right there if she'll take a chance on a stranger's kindness... and possible love.

Gifts for the Office:

With his company on the verge of closing its doors for good, Julian plans to throw one last party for his office employees. Planning the event for him is his sexy secretary Tiffani, but she has more in store than just the traditional snacks and games. A steamy story that's also about the bonds of friendship the workplace can bring, this novella is ultra-hot and ultra-sweet.

It wouldn't be Christmas without a little charity. For gorgeous Lara, that means washing dishes for a big dinner for her city's homeless. On her way home, Santa himself is giving out free rides in his sleigh to the city park and the big Christmas tree at its core. She hops on the sleigh along with a handsome divorced dad and his young daughter. Through a night of merriment and deep confessions, Lara falls hard for Dylan. But will the ghosts of their pasts be too much for their newfound feelings?

The Coals of the Fire:

Feeling like his marriage is imploding even through a meteoric rise up the career ladder, Graham searches for the perfect gift for his lovely wife Rachel. But a chance meeting with a cookie-loving jolly old Saint Nick reminds him that maybe the best gifts aren't material, but from the heart.

Home in Time for Christmas:

Fresh from a divorce from an angry, verbally abusive husband, Naomi returns home to her mother nearly defeated by life. But her mom has already hatched a plan for her daughter to meet back up with a kind ex-boyfriend of Naomi's. Ethan once embarrassed himself proposing to Naomi and has spent the decade since licking his wounds. When she suddenly reappears in his life, he's both in love all over again and terribly afraid he'll push her away, just like he did when they were kids. A sweet, tender erotic romance, this one is a tent pole of this collection.

This collection also contains the stories Trio of Presents, The Retail Detail, Overture, Mutual Gifts, The Act of Giving, and Fallen Bells. Grab your copy today and make your holiday season oh so merry!
click to open popover

Kimberly D. Hill
5,0 van 5 sterren Heat up your holiday reading.
2 december 2019 - Gepubliceerd op Amazon.com
Geverifieerde aankoop
I received this as a free selection and was pleasantly surprised by the quality of each story. I actually cared how they ended. It was nice to have an adult Santa. The sex scenes were not all duplicates of the prior story.
Meer lezen
Vertaal recensie in het Nederlands