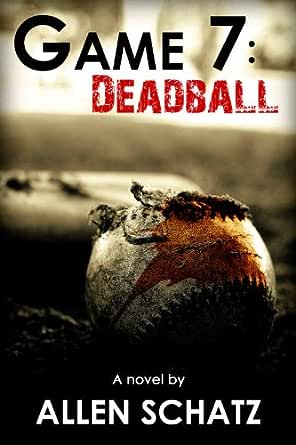 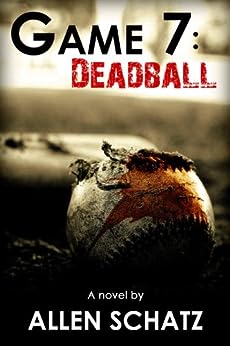 Secrets, lies, and revenge provide the sparks that ignite a fiery collision between past and present…

A puzzle takes shape as baseball’s World Series unfolds, but the pieces don’t fit: a string of missing women, strange threats, gambling problems, kidnappings, and relationships long dormant are all somehow connected, but Marshall Connors--major league umpire--may run out of time before he can solve the mystery.

Marshall’s season has ended and he is looking forward to post-season plans that include time in Florida, first helping his mentor teach an umpire training class, followed by a lot of sun. Those plans are cut short when Marshall is given a surprise assignment to work the World Series as crew chief, but the real reason is not discovered until he is neck-deep in trouble.

As the Series plays out, so does the truth behind long-buried O’Hara family secrets and Marshall is caught in a storm that threatens to destroy him and those he loves. With the help of his best friend, Thomas Hillsborough--ex-CIA spy--Marshall fights to solve the puzzle before the Series reaches its climax in GAME 7: DEAD BALL, the ultimate contest of survival.
click to open popover

Larry D. Marshall
5,0 van 5 sterren Take Me Out To The Ball Game....
29 juli 2011 - Gepubliceerd op Amazon.com
Geverifieerde aankoop
The author uses the 2008 World Series as the backdrop for a thriller that includes a history of friendship between several men, who go their separate ways but who share a particular incident. The lives of these friends converge at the World Series. Marshall Connors, the main character, is an umpire and without giving anything away, the story involves players on both teams, Connors , baseball security, the FBI and a high-tension situation that involves kidnapping, extortion and the need to prevent these nefarious actions from derailing the World Series and possibly jeopardizing its legitimacy.

Schatz does a remarkable job with a complex plot, involving a number of points of view. He's taken some liberties with the real history of the 2008 World Series in that the real World Series was won by the Phillies four games to one. Schatz needs more time for his story to unfold, so it takes the Phillies until the 7th game to defeat the Tampa Bay Rays. Nevertheless, if you're a baseball fan you'll appreciate the realism Schatz injects into this side of the novel. If you're not a baseball fan, that's ok too as you'll enjoy this thriller and Schatz' stiletto-sharp writing style.

Daniel L. 'Doc' Cox
5,0 van 5 sterren Great read. Believable twists and intense turns...
6 juli 2014 - Gepubliceerd op Amazon.com
Geverifieerde aankoop
Allen Schatz' Dead Ball is the best self published mystery thriller I have ever read. I usually read just to kill time waiting for appointments or while dining in a restaurant alone. This book is one of only a handful that I have read that actually held my attention enough to read at other times. It was well written, with strong character development and clear plot progression. The twists and turns were believable and not simply placed there for the author to show how smart he is. the baseball in the book is like a monster in a Koontz dark suspense book, it became another of the characters. Many times the sports background intrudes too much on the story, not so in this case. Well written, well thought out and overall, well done. A Major League Home Run, no wait, it was more than that, it was a walk-off Grand Slam.
Meer lezen
Een iemand vond dit nuttig
Vertaal recensie in het Nederlands

RW Bennett
5,0 van 5 sterren Dead Ball is Lively and Satisfying
19 november 2011 - Gepubliceerd op Amazon.com
Geverifieerde aankoop
Allen Schatz has crafted a winner with his novel, Game 7: Dead Ball, book one of his Marshall Connors series of contemporary thrillers. Marshall Connors is a Major League umpire, and when he is inexplicably tabbed to be crew chief for the World Series, people in the know wonder why. Connor's elevation is a result of actions by shady characters, who have only begun their mayhem. While baseball can be seen as a character, and fans of baseball will find the backdrop of the World Series adds to their enjoyment, one need not be a baseball geek to enjoy this book.

Marshall Connors, while likeable and smart, is not a protagonist in the conventional sense. He has major responsibilities related to his umpiring job and though he is connected to events, he has little ability to control or influence them. Connor's friend Thomas and an assortment of FBI agents and MLB security types do the heavy lifting in solving a kidnapping and dealing with the bad guy(s). While Connors may not be a typical protagonist, the antagonist is an extremely cunning, dangerous and scary bad guy.

The cast is extensive and the plot intricate. When I set the book down a quarter through to concentrate on more pressing projects, I felt I needed to start again at the beginning in order to get current. However, once back into the book, it was a sharp page turner. I liked the fact that the characters and situations all seemed authentic and required no suspension of belief on the reader's part.

Allen Schatz tells the story in an unconventional, but effective manner. He lets Connor's narrate his part of story in 1st person, but deftly shifts to a 3rd person point of view for the bulk of the story. Such techniques are above the skill level of most inexperienced writers, and I was surprised to learn Dead Ball was his first novel. I look forward to the rest of the Marshall Connors series, and likely anything else that comes from the ordered but creative mind of Allen Schatz.

Bill Furlow
4,0 van 5 sterren No Longer Just a Game
22 maart 2011 - Gepubliceerd op Amazon.com
Geverifieerde aankoop
There may be other novels featuring baseball umpires as lead characters, but I haven't read one. It sounds almost like an exercise in a creative writing class: Set the person who is supposed to remain invisible at the center of a story involving love and hate, success and failure, excitement and tragedy. Author Allen Schatz has done that and done it well.

For a good portion of Game 7: Dead Ball, protagonist Marshall Connors knows he's in the middle of a life-or-death situation. He just doesn't know whose or what to do about it.

Chosen to umpire the World Series as a surprise replacement for the crew chief who apparently suffered a heart attack, Connors must call balls and strikes on his boyhood friend Terry O'Hara, the ace of the Philadelphia Phillies pitching staff, and Terry's former USC teammate Nik Sanchez, catcher for the Tampa Bay Rays.

Terry and Nik's relationship was ruined long ago and now is defined only by animus. A third Trojan teammate, AJ Singer, had an affair with Terry's mother, and when her husband discovered it, things got very ugly for all involved.

As the Series bounces between Florida and Pennsylvania, millions of fans watch the games on television unaware of the real drama swirling around Marshall Connors. Notes are surreptitiously delivered to him at home plate; meaningful looks are thrown by league security men, and an old-fashioned baseball "message" is delivered by catcher Sanchez - a fastball allowed to blast Marshall in the facemask.

Between games, though, Marshall manages to work in a little romance and tries to help his friend Thomas Hillsborough, an ex-CIA spook who is sort of a law-enforcement-stud-without-portfolio, figure out what's going on.

You might expect a mystery involving a baseball umpire in the World Series to center on fixing games. Schatz happily has chosen to go in a less obvious direction.

Without giving away the plot, the crimes here include serial murder, kidnapping, extortion, and felony battery. Throw in the inter-generational adultery and some unpaid gambling debts, and you've got lots of reasons for people not to like each other.

Game 7 has a huge cast of characters - FBI agents, Major League Baseball officials, ball players, bad guys, innocent victims, and umpires among them. It is to Schatz's credit as a writer that they're reasonably easy to keep straight.

If you like baseball and thrillers, Game 7: Dead Ball is a must read. Even those who are only so-so on the national pastime but enjoy complicated plots with well-drawn characters will find Game 7 most satisfying.