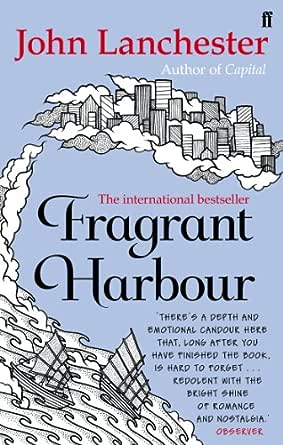 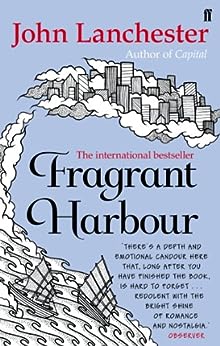 Fragrant Harbour is the story of four people whose intertwined lives span Asia's last seventy years. Tom Stewart leaves England just before it is hit by the Great Depression to seek his fortune, and finds it in running Hong Kong's best hotel. Sister Maria is a beautiful and uncompromising Chinese nun whom Stewart meets on the boat out from England; their friendship spans decades and changes both their lives. Dawn Stone is an English journalist who becomes the public face of money and power and big business. Matthew Ho is a young Chinese entrepreneur whose life has been shaped by painful choices made long before his birth, and who is now facing his own difficulties, and opportunities, in the twenty-first century.

The complacency of colonial life in the 1930s; the horrors of the Japanese occupation during the Second World War; the post-war boom and transformation of Hong Kong into a laboratory of capitalism at its most cut-throat; the growth of the Triads; the handover of the city to the Chinese - all these are present in Fragrant Harbour, an epic novel of one of the world's great cities.

MLF
5,0 van 5 sterren Excellent
19 juli 2017 - Gepubliceerd op Amazon.com
Geverifieerde aankoop
This is a well written and very interesting story. It was recommended by a friend who had lived in Hong Kong. I knew nothing about this time period or Hong Kong, so I found it historically interesting. The only weak part was the last section, where I felt like the author was having difficulty with the ending or that another writer finished the book. Still, it's worth reading.
Meer lezen
Vertaal recensie in het Nederlands

Harmon Spolan
5,0 van 5 sterren Elegant and poignant
7 oktober 2012 - Gepubliceerd op Amazon.com
Geverifieerde aankoop
Lanchester has written a book elegant and poignant, about a British ex-pat who spends his life in Hong Kong. Lanchester captures the sights, sounds, and indeed, smells of the city, and takes us through the pre-war years, the war, and the boom thereafter, up to the ceding of the territory to China. It has a love story, with unexpected consequences, most beneficial to the book's hero. Wonderful book, highly recommended.
Meer lezen
Een iemand vond dit nuttig
Vertaal recensie in het Nederlands

Patricia Malone
3,0 van 5 sterren Hong Kong for beginners!
26 januari 2013 - Gepubliceerd op Amazon.com
Geverifieerde aankoop
On the whole, I enjoyed this book because I know Hong Kong well and his descriptions of places and events were spot on. However, as I found with the last Lanchester book I read (Capital), his female characters are a bit hollow. In this book, the former journalist Dawn didn't ring true at all. Lanchester holds the threads of a story together skillfully, but I found the ending of Fragrant Harbour a bit unsatisfactory with too many loose ends.
Meer lezen
Vertaal recensie in het Nederlands