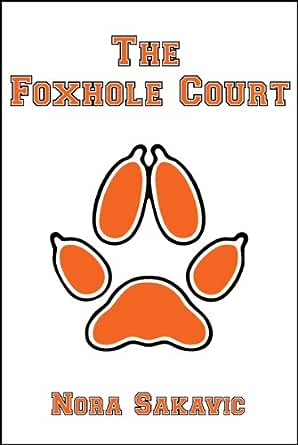 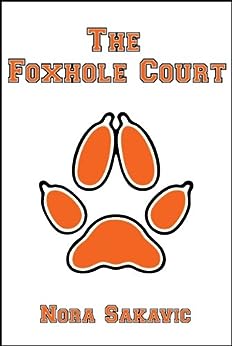 Neil Josten is the newest addition to the Palmetto State University Exy team. He's short, he's fast, he's got a ton of potential—and he's the runaway son of the murderous crime lord known as The Butcher.

Signing a contract with the PSU Foxes is the last thing a guy like Neil should do. The team is high profile and he doesn't need sports crews broadcasting pictures of his face around the nation. His lies will hold up only so long under this kind of scrutiny and the truth will get him killed.

But Neil's not the only one with secrets on the team. One of Neil's new teammates is a friend from his old life, and Neil can't walk away from him a second time. Neil has survived the last eight years by running. Maybe he's finally found someone and something worth fighting for.

Nikyta
5,0 van 5 sterren 4.5 stars - a fascinating story
12 augustus 2013 - Gepubliceerd op Amazon.com
Geverifieerde aankoop
Having just finished this, I must say that I'm sort of speechless. I'm not exactly sure what to say about this book. However, it's been a long time since I've felt the desire to stick with a story in one go and even longer since I've finished a book this long (82k+) in only a day.

With that said, there are a lot of warnings that should come with this book. For one, there is no romance in this one. In fact, I'd be hard pressed to even call it a gay novel because the main character is more asexual than anything. There are 'suggestions' and 'impressions' that this could turn into a gay romance but that could also be taken as the MCs just getting violent. But to those readers thinking they're picking up a young adult, new adult, whatever you want to call it, romance, you'll be sadly disappointed.

That out of the way, I'm extremely glad I read this. It might not be romance or m/m but I adored the characters and the journey I took with them. They're intense to say the least, psychotic and likely to fly off the handle bars but there was something about them that made me want to continue reading and find out where things were going. While I wouldn't say there's a huge cast of characters, there are more than the typical couple and a few side characters. The main contenders here are three guys: Neil, Andrew and Kevin. Neil is an asexual (kinda) who just wants to play Exy (which is like a sport that mixes lacrosse and ice hockey). He's a frightened kid but knows how crucial it is to lie low for fear of his father discovering where he is. Kevin is difficult to explain. He's mean and criticizes everything about Neil but at the same time, he's this lost soul who's been dealt just as crappy a hand as Neil has. Andrew is... psychotic. It's the only way to describe him. I don't understand how he became this way but he's got nothing to lose and he acts on that. He's five foot nothing but he's not afraid of staring down giants. He's amazing but scary and willing to keep everyone who he deems 'family' safe and right now that is Kevin.

The story follows Neil along as he gets accustomed to living in such an open place and playing the sport he loves. Immediately he has issues with Andrew and his gang (who are Neil's teammates) that makes his life difficult but he loves Exy enough to put up with the hostility from everyone. It's about the trials that Neil has to go through, the panic and fear he always has about being found out and being hunted again and the consequences he has to deal with when he makes his decisions regarding whether to stay or to run.

The only thing I didn't like about this book (aside from the lack of m/m romance, of course!) was how confused I was at times. The beginning will be hard to get through for some people because you're left wondering what is going on. You don't get the full back story for Neil or Kevin or even Andrew that really makes sense until well into the book so you're left wondering and probably saying WTF multiple times.

I feel that I should warn readers that this isn't exactly about the mafia either. While there's an undertone of it and even the threat of a yakuza pride descending on Neil and Kevin, it's not actually shown or very prominent in the story. Given that, I didn't much mind this because I felt like the whole book was focusing on second chances and Neil finally living a life, finding a home and standing up to his past. To do that, he needs Andrew and Andrew is willing to help him because of Kevin. It sort of seems like a love triangle but, like I said, this isn't romance. It is more of a bonding between these characters over a common issue.

To be honest, it's hard to explain this whole book because so much happens and is revealed that would spoiler the whole story if told. So, I'm going to leave it here. I enjoyed the novel. It has its issues but I found the whole thing fascinating and couldn't put the book down once I started. I liked that it wasn't saturated in sex but focused on such broken, and in Andrew's case, frightening characters. These characters are misfits, pure and simple and their attitudes and aggressions show that. It's a book of deceit, loyalty, dangerous situations and trust. It's not your traditional story but a gripping tale nonetheless and I'm really looking forward to seeing where the series goes from here and seriously how there's some m/m romance in the near future for Neil and Andrew!!

J
4,0 van 5 sterren A solid setup for an intense series.
24 november 2017 - Gepubliceerd op Amazon.com
Geverifieerde aankoop
If you are considering this book in particular, know that it is part of a trilogy of incredibly violent books. You can potentially read it as a standalone work, but given the ending of this book, you will probably be considering the rest. Ask yourself whether you want to be put through the wringer. The review above is taking into account this book as a part of a series.
The series does not shy away from brutality, and while some of the gore or torture is averted, know that the next two books, if you plan on reading them, will not be as kind. The following books will depict or discuss: Torture, murder, rape, parental abuse, self harm, addiction, ableism, and the list does sort of go on for a while. This book probably looks tame in comparison, but will still discuss a number of those, just not usually in the present tense. Things have yet to hit the fan, so to speak.
The plot is pretty intense, safe to say. Things start at a solid speed, and only get more desperate as things move along. The main character, Neil, and his motivation of survival on one hand, and exy on the other, make for a good man versus himself conflict that is intriguing and original. Side characters are fleshed out in ways that do not necessarily correspond to Neil, and this depth allows readers to sink into things quite well, though, many of their secrets will not be revealed until later on. Dramatic irony does count for something though, and on a second read through, it is pretty easy to give a chortle.
The antagonists in this book are perhaps too numerous and unfocused. Neil's past, situation, and demeanor put him at odds with many different forces and characters, and it is only in the following books that we have the clarity that comes with the effective Two Antagonist Model. So... Many antagonists.
That said, these books build up to one of the strangest, and most rewarding portrayals of a healthy relationship that I have ever seen. The slowest burn delivers the best payoff.
Suspend your disbelief for a while when the book discusses the medication a court has ruled that Andrew take, as the effects of SSRIs on someone with bipolar disorder are pretty similar, but the situation itself is questionable. Perhaps also with the multilingual fluency. And again with how long you can live with organ damage. (Hint: If someone gets your kidneys, you probably are not going to make it from northern Oregon to northern California.) Also, the ability for young people to hold jobs.
Just... Maybe suspend disbelief for most of this series.
The sport invented by the author is creative enough, and Sakavic defines all of the scenes involving very clearly. Most of the unclear points are covered in the author's posts on her now-inactive blogs, as well as a good amount of bonus content. Some of the material should have made it into the books, but given the depth and detail, it was probably a good idea to cut things as they are. Opposing themes could be slightly more remarkable, but again, the lack of detail is understandable.
Summed up? Be wary. This series is not for everyone. Think twice before devoting time to something you might not be able to stomach. For those willing to proceed, enjoy the ride.
Meer lezen
7 mensen vonden dit nuttig
Vertaal recensie in het Nederlands

The Knights Who Say Book
1,0 van 5 sterren Didn't like it.
27 juni 2018 - Gepubliceerd op Amazon.com
Geverifieerde aankoop
The entire exposition is full of subpar writing. There are far too many blandly named male characters introduced at once. Slurs are dropped and the bipolar disorder one character is has is completely unresearched and therefore, unsurprisingly, gets many things wrong. The main character's decisions aren't justified in the text and his love of this made up sport isn't fleshed out enough. I'm bored of all these jerk characters and only really enjoyed some of the ending. I wouldn't be continuing with this series if I hadn't made the mistake of buying all of them at once.
Meer lezen
5 mensen vonden dit nuttig
Vertaal recensie in het Nederlands

ar604
5,0 van 5 sterren Pleasantly suprised (=
13 september 2016 - Gepubliceerd op Amazon.com
Geverifieerde aankoop
I have to admit that I was very pleasantly surprised! I did not expect anything more than a passing fancy for this book at best. Instead, I am in awe! This was such an amazingly written book and dare I may say that Andrew is actually my favorite character.
This year I have found three new series outside of mainstream authors that I am absolutely deleted to have found! 1) Fallocaust 2) In the company of shadows 3) ALL FOR THE GAME. All three of these series has caught my attention and has me begging for more!

All for the game is exactly the type of book I have been looking for! I love the whole small clique thing. I love loyalty sticking up for one another. I love how hard it is to be accepted by the small clique and I love the whole sociopathic guard dog aspect. I also love that the POV is a male.. Don't get me wrong, I'm all for some girl power but when it comes to books I don't get enough male POV. Also, I love some romance and sex scenes in a book but I am so pleased that this one did not center around either of those. This book was completely about the plot and characters and I have completely fallen in love! I'm excited to finish this review and get started on book 2 lol.
Meer lezen
6 mensen vonden dit nuttig
Vertaal recensie in het Nederlands
Ga naar Amazon.com om alle 425 recensies te bekijken 4,5 van 5 sterren
Terug naar boven
Over ons
Verkoop bij ons
We helpen je graag
© 1996-2020, Amazon.com, Inc. en dochterondernemingen