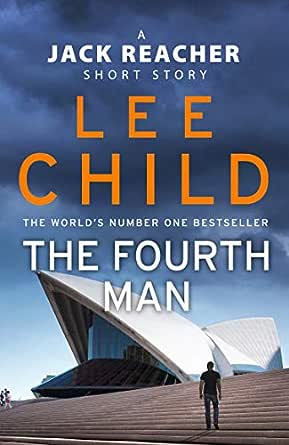 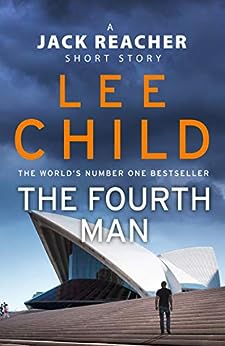 THE BRAND NEW JACK REACHER STAND-ALONE SHORT STORY THAT SEES REACHER GOING DOWN UNDER FOR THE FIRST TIME - BUT POSSIBLY NOT THE LAST. It's a short read, but perfect for a coffee break.

Jack Reacher, ex-military drifter of no fixed abode, is stalked and tracked down by an FBI agent. She tells him that in a house raid in Sydney, Australian law enforcement found a list. There were four people on it, including him. The other three are dead.

Hours later, Reacher is in the air, on his way to Sydney. What was the evil buried twenty-five years ago, that has now resurfaced? Will Reacher be able to find the killers, before they find him?

Duncan Idaho
1,0 van 5 sterren Save your money and wait for the next novel...
7 april 2019 - Gepubliceerd op Amazon.com
Geverifieerde aankoop
Ridiculously implausible plot. U.S. national enters a foreign country, murders someone, and the police kindly allow him to leave on the next flight out. I have read all the Reacher novels and enjoyed the majority. Child has a fluent, compelling writing style that makes them easy to read. Putting out fluff like this chips away at his legacy. Any chance I can have my money back, Lee? I’m pretty sure you don’t need it.
Meer lezen
5 mensen vonden dit nuttig
Vertaal recensie in het Nederlands

Bermudiana
5,0 van 5 sterren A tasty appetizer
18 maart 2019 - Gepubliceerd op Amazon.com
Geverifieerde aankoop
Recently Lee Child has developed a habit of preparing us for his annual upcoming Reacher novel by first releasing a Reacher short story. THE FOURTH MAN is the newest morsel, to whet our appetites for what is to come in the autumn. My appetite is whetted. Lee Child never disappoints. Like millions of others, I cannot live without my Reacher.
Meer lezen
2 mensen vonden dit nuttig
Vertaal recensie in het Nederlands

Kindle Customer
3,0 van 5 sterren Short. Too short and by comparison expensive.
15 juli 2019 - Gepubliceerd op Amazon.com
Geverifieerde aankoop
I bought this (July 19) to read whilst at the beach and at $2.46 for 24 pages this is way too expensive when one considers that the new novel out in October 19 will cost $19.60 for 384 pages. The story is way too short and is too predictable without any real build-up and Reacher seems to immediately know who some people are and where they are from. Very below par and for the price, I pretended a better plot and maybe a few more pages of good reading.
Meer lezen
2 mensen vonden dit nuttig
Vertaal recensie in het Nederlands

Igor Nakonechnyy
4,0 van 5 sterren Too short.
8 maart 2019 - Gepubliceerd op Amazon.com
Geverifieerde aankoop
Did I say it was too short? Yes, I just did. It was definitely too short.
Plot too simplistic.
Therefore - 4*.