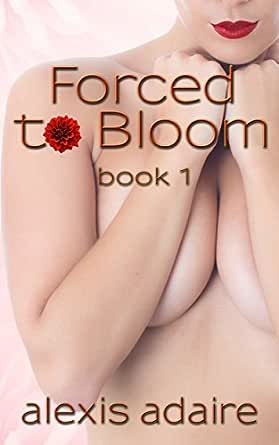 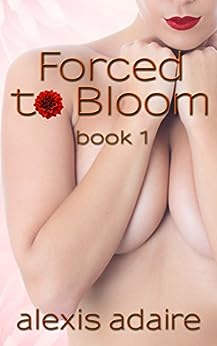 Rachel Malinsky wasn't certain the ad she was responding to was actually placed by a billionaire. Nor did she know if this man would be interested in her very curvy body. Hell, she wasn't even sure she even wanted to be a submissive to begin with. From the moment he started instructing her to do things that terrified her, though, such as stripping for him on video or exposing a breast in public, she was hooked. Now if she only knew who he was or what he looked like…

Warning: This story was written for adults 18 and over and includes scorching sex scenes, including domination and submission.

Amazonian Rita
1,0 van 5 sterren Desperate main character...length & quality of this read is like first 1-2 chapters of a book
13 januari 2019 - Gepubliceerd op Amazon.com
Indeling: Kindle-editieGeverifieerde aankoop
The main character is the definition of "desperate"...not an appealing quality in a woman for me, chubby figure or not. Her 60% other rationale is relatable and even likable (e.g., taking measures to ensure that video or pics of her naked body and sending them to a complete stranger don't end up all over the Internet, etc.). I found her so annoyingly NEEDY! ...repetitively begging to be chosen as a sub of a complete stranger who's face she's never seen. Big unhealthy self-confidence issues! Rachel wants to be a 1st-time sub, goes hunting on Craigslist (in the days when Craigslist had personal ads), wants sex but no relationship. And just when she's chosen after essentially pleading w/this anonymous billionaire to be his sub whom she's never even met , the book abruptly ends! I deleted this "book" from my library after finishing it (good thing it was free) and won't be reading more from this author.

The one thing I did like about this book is the psychological platform vs. physical/mental pain that this dom's character prefers. M (his name) builds the Rachel's confidence and how she perceives herself, giving her courage. Interestingly, for all we know, the dom could be a wealthy short, fat, old, balding dude - which might've caused Rachel to become a hypocrite (her likely response would've been to cut and run)...but the mystery of NOT knowing/blindly seeing is what spurs Rachel on.

Kindle Customer
4,0 van 5 sterren So, good!!
18 mei 2017 - Gepubliceerd op Amazon.com
Indeling: Kindle-editieGeverifieerde aankoop
Damn, this is a great book! I was sucked into the story when it abruptly ended. I wish this had been one whole novel instead of being a part of a series. I saw the complete bundle, but it seems a bit expensive, wish it was a little cheaper...although I'm so intrigued I may buy the whole thing.....we'll see. =-p
Meer lezen
3 mensen vonden dit nuttig
Vertaal recensie in het Nederlands

Very short - if all the books in the series are this length, it could have been combined into one book. Some bizarre details and turns of event, and primarily phone/webcam self pleasuring action; not really enough for me to want to continue the series.

Doyle Blaisdell
4,0 van 5 sterren Lucky girl finds what she's looking for
27 maart 2015 - Gepubliceerd op Amazon.com
Indeling: Kindle-editieGeverifieerde aankoop
This review applies to part one only. I enjoyed the story. A woman who doesn't like her full figure, thinks she wants to try being a submissive. She takes a chance and gets a chance. I like the fact that the male dom is not mean spirited and not into physical pain (giving or receiving). The woman's timid, toe in the water adventure is highly erotic. Her emotions are vividly described, and as she follows orders, her release is intense. I gave 4 stars instead of five, because this first installment didn't take her far enough into the journey. If you like a male dominating a female submissive without the beatings and torture found too often in these stories (for my taste), I think you will greatly enjoy "Forced To Bloom".
Meer lezen
Vertaal recensie in het Nederlands