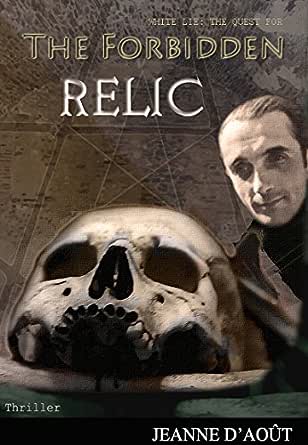 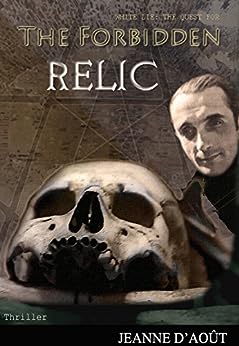 "The Forbidden Relic reveals more shocking truths than any book since The Da Vinci Code, including the identity of the real Indiana Jones. It would not surprise if it was adapted for the big screen soon." - Andrew Gough - Presenter of historical documentaries, Editor-in-Chief of The Heretic Magazine

"Congratulations on a fabulous read! I know Otto would have been proud." - Richard Stanley - Screenwriter, Filmmaker

"The Forbidden Relic is a historical mystery novel, reminding us of Dan Brown and his The Da Vinci Code. But what makes the book special, is the original and fascinating mix of historical mystery, true treasure hunt and science-fiction themes, such as time travel. And a superbe blend of facts and (adventure) fiction." - Patrick Bernauw - historical mystery writer

Synopsis
There are secret underground compounds where highly specialized scientists, physicists and professors develop secret technology for unknown employers. In 2011, Professor William Fairfax succeeded in creating a stable wormhole, through which people could travel back in time. Unable to predict the miraculous events that were about to transpire, Dr. Danielle Parker and Dr. Gabby Standford excitedly travel back to the first century, where they discover the amazing story of Oshu, the real Jesus.

This incredible adventure back in time results in the terrifying abduction of time-traveler Danielle. For Danielle's freedom, the kidnapper demands one of the most intriguing historical artifacts known to the world. To find it, the team has to follow the old trail of the Knights Templar that leads them to Cathar Country in southern France.

The team is accompanied by a mysterious German relic hunter, whom had already been brought from the 1930s to the present: SS-Obersturmführer Otto Rahn. Though Rahn is assigned to assist the team in southern France, he carries with him a heavy, dark secret. In constant fear of being forced to return to 1939, he decides to follow his own agenda.
click to open popover