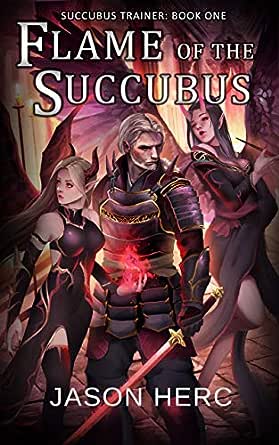 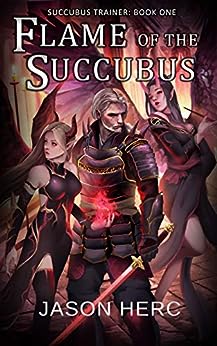 Even Hell needs a hero.

Aidan Ward works security at a mental institution, but sometimes he thinks he should have been on the other side of the cells. Ever since he was young, a strange voice has whispered to him. A voice that grows loudest in times of rage.

After an encounter with a beautiful stranger, Aidan finds himself in the Abyss, a hellish landscape filled with lost souls, demons, and nightmarish beasts. But the most powerful beings in this infernal plane are Seekers, preternatural warriors who harness their inner Flame to become gods and godslayers. Reigning above them all is the Obsidian Emperor.

To survive in the Abyss, Aidan must become a Seeker. Yet his body is cursed, his channels of Flame permanently blocked by an ancient legacy. When a young succubus tries to slay him, Aidan discovers a spiritual affinity for her instead, a gift of that same heritage. By joining with her in body and spirit, Aidan creates his own path to power.

But Aidan's arrival has not gone unnoticed. Those who would challenge the Obsidian Emperor believe that Aidan's ancestry is the key to victory. For the Obsidian Emperor, fearing a portent of his doom, has issued a decree that threatens the very fabric of the planes. Some will hunt him. Others will covet him. Danger will follow him, wherever he goes.

Master. Savior. Ruler. The Path of the Flame leads down many roads. But first, Aidan must cultivate the inner power fueling himself and his demonic bonds before the rising threats overwhelm them. And through it all, the dark voice in Aidan's heart grows louder and louder…

Flame of the Succubus marries elements of xianxia, dark fantasy, western mythology, and video games. The reader should expect explicit scenes and a heavier tone that matches the growth of a succubus harem in a hellish setting. Co-cultivation of Aidan and his succubi is also integral to the progression fantasy elements. You have been warned.
click to open popover

WW
1,0 van 5 sterren Not good enough to pick up book 2
30 december 2019 - Gepubliceerd op Amazon.com
Geverifieerde aankoop
I liked the beginning of the book. It kept me interested. It went downhill from there. By the time I got to the end, I had skipped over large sections, and was just glad it was over. The end was very anti climactic.

I did not like it enough to buy the next book if or when it comes out. I will just try a different writer.

Josh S.
5,0 van 5 sterren Pretty good book if I say so.
11 januari 2020 - Gepubliceerd op Amazon.com
Geverifieerde aankoop
And yes. Duh. I say so. There's a guy, some succubus, a god-emperor ( kind of like Xerces, but with less piercings and not a little bitch) some fighting, mild cannibalism (demon on demon) ya know, all the good stuff that prevents me from doing my job at work because I'm too busy reading this book.
Meer lezen
Vertaal recensie in het Nederlands

Kindle Customer
5,0 van 5 sterren Loved it
13 december 2019 - Gepubliceerd op Amazon.com
Geverifieerde aankoop
It was different and original. A combination of two of my favorite three genres. The characters where amazing the plot so far kept me drawn in, the harem element in a cultivation novel was new and well done.
Meer lezen
Vertaal recensie in het Nederlands