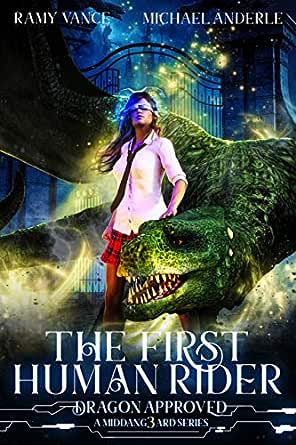 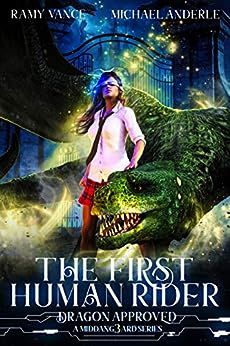 Dragonriders are all that stand between Middang3ard and total annihilation.

But their numbers are dwindling.

With every passing day, more and more Dragonriders are falling under the scourge of the Dark One.

The forces of humanity and their allies are desperate. They need a new hero to step up and turn the tide.

Myrddin, the resistance’s leader, thinks he might have found that someone…on Earth, of all places.

Word has just come from the east that the Dark One is launching his largest assault yet, but there is still time to stop him. If, that is, they can find someone good enough to take him on.

Alex Bound just might be the rider they need.

But a human has never been accepted as a Dragonrider.

Alex isn’t someone to step away from a fight.

Not now, not ever, and she has no plans to start—even if she needs to ride a real dragon to make it happen.

Go up and click Read Now or Download for Free and find out what happens when you cross a desperate wizard, and a willing fighter accepting the call to be the best when she is needed the most.

Q1
1,0 van 5 sterren Confused but then I'm and old guy
6 januari 2020 - Gepubliceerd op Amazon.com
Geverifieerde aankoop
Sorry I just did not get anything from the first chapter except confused. a blind person who as far as I could tell can see just fine.... Perhaps a bit more explanation of why she can not see and how it affects things before showing the reader she can see........... Again confused. So my review.

I consider myself well read. I have close to 1400 books on my kindle, from Arther C clark, Hienlien, Seccjia, V Grace and JD Rob
This book got me confused in the first chapter. she cannot see, she can see?? I don't have time to be confused by a book....

One star off for offending someone with poor or no sight. No explanation for how a blind person is introduced to the CONCEPTS of shape, depth, or color when "viewed" for the first time. Still, suspension of disbelief is required for these books anyway, so: Magic.

Overall, I do want to grab the next installment. Hopefully it is an actual book-length novel.
Meer lezen
Vertaal recensie in het Nederlands

James
4,0 van 5 sterren Worth reading, definitely an MC with potential but Very Short.
4 januari 2020 - Gepubliceerd op Amazon.com
I gave this book a shot mainly due to Anderle's involvement if I'm honest, that Said I found this to be quite a good book with a solid plot and engaging MC, I see people complaining about how they didn't explain how a blind person is introduced to the Concepts of shape, depth, or color when "viewed" for the first time. I honestly didn't find this a huge stretch since they stated she had been playing the FIVR game for some time before we found her at the start of this story (I however do have to admit it should have been made clear whether or not she was born blind or something happened).

First off I have to say this book should really be a Prequel/Novella not considered "Book 1" of a series. The book while being quite good was very short with very little backstory for the MC, no real depth and not much of anything to get the reader invested in her (Other than playing on her blindness as a hook) we sadly have no history of who she really is, how she lives her life, thinks, what kind of personality she has (Long term) or pretty much anything else.

I feel the Author left his readers with alot of questions and I'm surprisingly disappointed in Mr. Anderle more because I suppose I am used to a certain level of writing from him.

I feel left with..
Who is Alex?
Where did she "Come From"?
Where/What are the circumstances of her Blindness? (I.E. Birth or Circumstances)?
How did she get into Games?
There is so much more but I digress for Brevity.

All in all this is a quite decent book and I look forward to book two. I took only one star off due to the above mentioned facts.
Meer lezen
2 mensen vonden dit nuttig
Vertaal recensie in het Nederlands