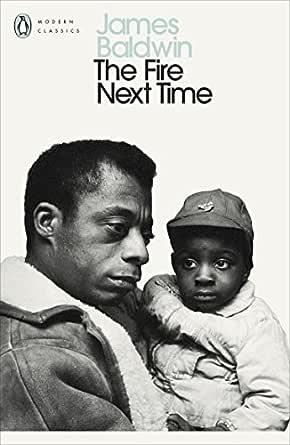 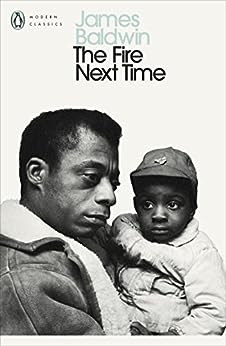 The Fire Next Time: My Dungeon Shook; Down at the Cross (Penguin Modern Classics) (English Edition) New Ed Edition, Kindle-editie

"Basically the finest essay I've ever read. . . . Baldwin refused to hold anyone's hand. He was both direct and beautiful all at once. He did not seem to write to convince you. He wrote beyond you." --Ta-Nehisi Coates "So eloquent in its passion and so scorching in its candor that it is bound to unsettle any reader." --The Atlantic

The landmark work on race in America from James Baldwin, whose life and words are immortalized in the Oscar-nominated film I Am Not Your Negro

'We, the black and the white, deeply need each other here if we are really to become a nation'

James Baldwin's impassioned plea to 'end the racial nightmare' in America was a bestseller when it appeared in 1963, galvanising a nation and giving voice to the emerging civil rights movement. Told in the form of two intensely personal 'letters', The Fire Next Time is at once a powerful evocation of Baldwin's early life in Harlem and an excoriating condemnation of the terrible legacy of racial injustice.

'Baldwin writes with great passion ... it reeks of truth, as the ghettoes of New York and London, Chicago and Manchester reek of our hypocrisy' Sunday Times

'The great poet-prophet of the civil rights movement ... his seminal work' Guardian

Eddie
5,0 van 5 sterren A blistering and honest take
9 mei 2019 - Gepubliceerd op Amazon.com
Geverifieerde aankoop
An audacious and clinical dissection of the white American mindset as it relates to its black minority. Evidently, it culminates in a searing revelatory and damning expose of the most ugly truth about that mindset - it’s inner workings, weaknesses, fears, relentless torment (however denied) etc.
Fortunately, as a serious-minded essay hinged on deeply insightful analysis, it is, at once, purgatory and redemptive.
It proffers solutions so deceptively simple, but honest and workable, that they’ve stood the risk of being rejected since first published. And, to the utter chagrin of well-meaning Americans, have been, largely, rejected ever since.
And therefore, for the same reasons, should be a compulsory read for peoples of all colours, and hopefully, approximate the fulcrum around which national atonement and rebirth should revolve, for America.
Meer lezen
Vertaal recensie in het Nederlands

Christine Mungai
5,0 van 5 sterren Pure anguish, but love will always triumph
17 augustus 2015 - Gepubliceerd op Amazon.com
Geverifieerde aankoop
Baldwin is difficult to read sometimes. Not because he's a bad writer, on the contrary, he's incredibly talented and coherent in his thoughts and arguments. What makes it difficult is the emotional places this book takes me to - just pure anguish, like he says in the book - like a flood that devastates countries. It will strip you bare and, in some places, leave you gasping for air. But the conclusion is that love will always triumph. Not more hate.
Meer lezen
Een iemand vond dit nuttig
Vertaal recensie in het Nederlands
Ga naar Amazon.com om alle 2 recensies te bekijken 5,0 van 5 sterren
Terug naar boven
Over ons
Verkoop bij ons
We helpen je graag
© 1996-2020, Amazon.com, Inc. en dochterondernemingen