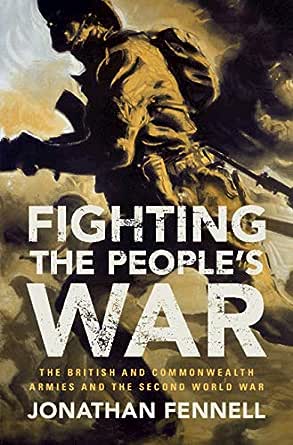 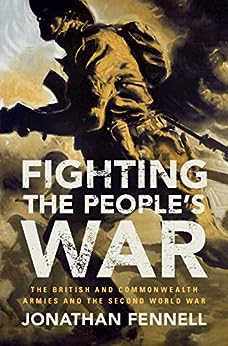 'Fennell draws on a wide literature and deep archival research to explore how the Commonwealth armies fought key battles and campaigns, but he never loses sight of the role of citizen soldiers and how they exerted agency in calamitous defeats and gritty victories. Fighting the People's War offers new interpretations in the global fight against Fascism, and will be required reading for scholars and the historically-minded public.' Tim Cook, author of The Necessary War and Fight to the Finish

'This is an outstanding book, based on immersion in archives across the globe. Rich in insights, it demands that we rethink the way we view the armies of the British Empire in the Second World War.' Gary Sheffield, author of A Short History of the First World War

'Indispensable for understanding both World War II and the modern British experience. Fennell's major contribution integrates three themes usually compartmentalized. Its base is the analysis of Britain's development of an army able to fight and win a global war. That costly achievement both fostered and depended on growing cohesion within the participating societies. Wartime cohesion and comradeship in turn brought classes together in the postwar 'quiet revolution' that ended the Empire and redefined the Commonwealth.' Dennis Showalter, author of Hitler's Panzers: The Lightning Attacks that Revolutionized Warfare

'This is a hugely impressive, sweepingly ambitious book which brings together the military histories of all the British Commonwealth nations for the first time. It asks vital questions about the relationship between wartime experience, society, and politics in a unique transnational way. A remarkable and valuable achievement.' Alan Allport, author of Browned Off and Bloody-Minded: The British Soldier Goes to War 1939-1945

'[A] weighty, admirably uncomfortable account [by] an impressively diligent and thoughtful young historian ... This is a fascinating and important book, which brings together a mass of information ... never before assembled under one roof.' Max Hastings, The Sunday Times

'Incredibly well-researched, brilliantly written and quite frankly, an outstanding book.' History of War

'Comprehensive, detailed and authoritative, Fennell breaks out of the national straitjackets that restrict our understanding of how the Commonwealth fought WWII - a triumph of multi-national research.' Peter Stanley, author of 'Terriers' in India

'An absolutely fascinating and fresh account of the Commonwealth armies at war ... very well written and totally accessible. It contains a wealth of information that is fresh and new, and Fennell's insights on subjects that many might imagine are familiar will be of real interest ... Highly recommended.' Taylor Downing, Military History Matters

'Jonathan Fennell's astonishing book is full of compelling arguments that complete the puzzle of British, Commonwealth and Imperial victory in WW2. It's quite fantastic and revealing ... an incredible story. Absolutely recommend it.' Al Murray, Comedian and TV Personality

Fighting the People's War is an unprecedented, panoramic history of the 'citizen armies' of the United Kingdom, Australia, Canada, India, New Zealand and South Africa, the core of the British and Commonwealth armies in the Second World War. Drawing on new sources to reveal the true wartime experience of the ordinary rank and file, Jonathan Fennell fundamentally challenges our understanding of the War and of the relationship between conflict and socio-political change. He uncovers how fractures on the home front had profound implications for the performance of the British and Commonwealth armies and he traces how soldiers' political beliefs, many of which emerged as a consequence of their combat experience, proved instrumental to the socio-political changes of the postwar era. Fighting the People's War transforms our understanding of how the great battles were won and lost as well as how the postwar societies were forged.
Alle bekijken
click to open popover