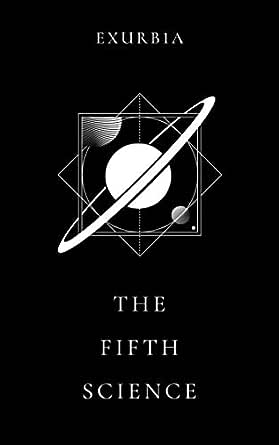 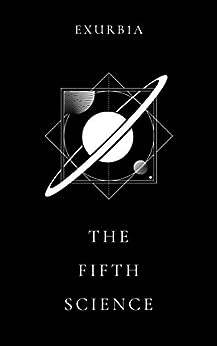 The Galactic Human Empire was built atop four sciences: logic, physics, psychology, and sociology. Standing on those pillars, humans spent 100,000 years spreading out into the galaxy: warring, exploring, partying — the usual. Then there was the fifth science. And that killed the empire stone dead.

The Fifth Science is a collection of 12 stories, beginning at the start of the Galactic Human Empire and following right through to its final days. We’ll see some untypical things along the way, meet some untypical folk: galactic lighthouses from the distant future, alien tombs from the distant past, murderers, emperors, archaeologists and drunks; mad mathematicians attempting to wake the universe itself up.

And when humans have fallen back into savagery, when the secrets of space folding and perfect wisdom are forgotten, we’ll attend the empire’s deathbed, hold its hand as it goes. Unfortunately that may well only be the beginning.

First I have to say that this book is fantastically written. I’ve long been a fan of Exurb1a’s YouTube videos and I’m so glad that I took the time to start reading his books too. I love how well his sense of humour and ability to trigger an existential crisis have translated across both mediums.

Consciousness, particularly artificial consciousness, acts as the focal point for these stories. While reading this book, perhaps by complete happenstance, I was introduced to machine learning as an academic pursuit.

The powerful feelings of wonder and mystery explored here have quite literally inspired me to jump on this opportunity. “The Fifth Science” has for me become some strange parallel to my career choice in machine learning; while I find the science intriguing, it is the potential and soulfulness (so deeply examined in this book) where I have really discovered my passion.

While some might think it a bit silly to draw comparisons between machine learning and consciousness, I do honestly believe it is how we will best learn to understand it. The more complex systems we create, the more questions we will know to ask and subsequently have answers to pursue.

Thank you Exurb1a. You helped me realise my love of science-fiction into something more like real-science.

Dh
5,0 van 5 sterren Pretty good
22 december 2018 - Gepubliceerd op Amazon.com
Geverifieerde aankoop
This is a great book for anyone who likes the sci-fi genre and especially if you want immediate satisfaction given its a collection of short stories rather than a novel. God damn were the first few existential crisis invoking material though. I hate thinking too long on such subjects but these metaphysical and cognitive examinations of the human condition forced me to read through too the end. Unfortunately, not all of the stories herein have happy endings and like I, you may fall asleep feeling a bit empty after a few. However, overall it ends on a slightly more up beat note middling out and ending on an optimistic nihilism of a sort.

On the off chance the author every reads this, consciousness isn't all that great a mystery anymore. Cognitive science has about 90% of it lain out I'd say. I still appreciated the ideas behind the book and the subject discussed, but if you'd like to learn a bit more might I point you to "The tell tale brain" by Dr. Ramachandran. You, or anyone else for that matter contemplating the same subject matter, may find it an interesting read.
Meer lezen
17 mensen vonden dit nuttig
Vertaal recensie in het Nederlands

UckLee
5,0 van 5 sterren New improved technology! Steer your ship with wires. WIRES!
1 oktober 2018 - Gepubliceerd op Amazon.com
Geverifieerde aankoop
As advertised: Full of Spacey chit. Recommended for space cowboys, fireflies, enterprising treksters, portal hoppers, hitchhikers, and those who are endlessly browsing the Netflix/Hulu/Prime Sci-fi section for something good (but nothing good is left because you've consumed it all. You're a space glutton. You know you are). This 'verse is for you.

Left a warm glow on me after I did the thing to the end. Recommend taking a break after reading episodes for them to sink in--or not. The minimized-psycho-babble-tech method used herein results in faster page-flipping and the most epic story telling.

Author is inspiring and sometimes will break the fourth during your journey along the Fifth.
Meer lezen
17 mensen vonden dit nuttig
Vertaal recensie in het Nederlands

will
5,0 van 5 sterren Yes
11 september 2018 - Gepubliceerd op Amazon.com
Geverifieerde aankoop
Clever and witty short stories like a bridge to Lucy Dunne but strictly science fiction and all bound together in some way.
A very enjoyable read, one where you can pick it up and put it down whenever.