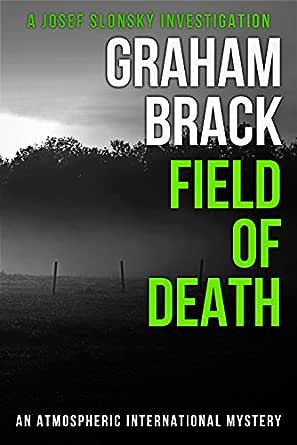 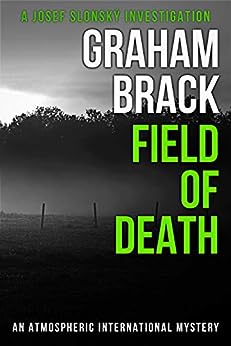 phrynne
5,0 van 5 sterren Crime and humour!
15 juli 2020 - Gepubliceerd op Amazon.com
Geverifieerde aankoop
Another hugely entertaining look into the life and career of Lieutenant (soon to be Captain) Slonsky. It is the humour which makes these books so good added to excellent stories and really likeable characters.

Slonsky undergoes a few changes in this episode. He is forced to diet which means we hear a lot less about the search for the perfect sausage. He actually becomes fitter, maybe a little bit more cranky, and even takes his ex wife out a couple of times. Is this change going to last or will he regress in a future book?

Luckily I have the next two books lined up ready to read so I will be able to find out very soon!
Meer lezen
Vertaal recensie in het Nederlands

Magpie
5,0 van 5 sterren Very good
6 juni 2019 - Gepubliceerd op Amazon.com
Geverifieerde aankoop
As usual Slonsky does not disappoint - once again a sense of Czech history is prevalent as well as an atmosphere of the new Eastern Europe. A very good story with subplots galore! Relationships in the department are set to change. Highly recommended - I look forward to the next one!
Meer lezen
Een iemand vond dit nuttig
Vertaal recensie in het Nederlands

‘I didn’t know that. And I shall, on this occasion, volunteer to hold your jacket while you question him.’”

Josef Slonský was the first speaker, and the second is obviously aware of Slonský's sometimes old-fashioned interview methods. He’s being forced to mend his ways to prepare for his coming promotion, but it’s a struggle. Between his diet and HR/Personnel workshops, he is understandably cranky from time to time.

“’Give me an example of diversity in the police,’ she commanded.

Slonský responded at once. ‘We employ officers ranging from the highly competent to the downright bl**dy useless,’ he said.”

He would know. He’s worked with plenty, but at least he now has his two keen young off-siders with him. The lovely Kristýna Peiperová is about to be transferred to another department, much to his regret (she does all the admin behind the scenes). Meanwhile earnest Jan Navrátil, Peiperová’s fiancé, has a dangerous undercover role.

The field of death: there was an explosion of some kind in an odd open space in the rural town of Holice, but nobody knows quite why or how it occurred, and the remains of four bodies only raise more questions than they answer. A local police officer was a victim, but the others don't seem to be following up as enthusiastically as you'd expect.

Navrátil goes undercover, but the work tests him, as he is such a stickler for the rules and the truth. But lying is all in a good cause, and he's learning.

The investigation is interspersed with Slonský’s personal trials to pass the fitness tests for his new role. In the past, he has enjoyed his sausages and beers and/or pastries and coffee at every available pub and coffee shop it seems. And it shows.

“He also had a growing conviction that people were adding extra stairs to the top flight while he was out nowadays.”

He goes for a test.

“‘According to your weight, Slonský, you should be thirty-eight centimetres taller.
. . .
Right, on the treadmill. The target is a kilometre in under nine minutes.’

Slonský took his mobile phone out.

‘What are you doing, Slonský?’

‘If I have to run a kilometre, I ring for a taxi,’ came the reply.”

There is affectionate humour as well as some old-school, non-PC head-kicking, but nothing as graphic as the gory thrillers. I particularly enjoy the way Eastern European history and politics are the background. Of course, I looked up Holice and the Pardubice Region of the Czech Republic to see where it is.

The language is British English, rather than Czech, which seems to work for me. Full credit to Graham Brack for being able to create such Czech characters and scenes while making the humour and relationships work for English readers.

As the story progresses, it becomes harder to tell the good guys from the bad guys. Not just for me, but for Slonský and the others as well. I should mention his old pal, rumpled journalist Valentin, who is himself on some kind of drying-out program for his liver, which he describes as 5 days of drinking as usual and 2 with water – or was it the other way around, he wonders?

Needless to say, I’ve come to look forward to the characters and their escapades. It’s a part of the world about which I know little but with which the author is very familiar. He goes to do reconnaissance and test the beer and sausages from time to time, just to make sure he stays authentic. Ah the things writers must suffer for their profession.

And aren’t we glad they do?

[FYI, I have NOT cherry-picked all the amusing bits. That is very much the tone of the book, along with good police work, good characters, and plot, of course. :)]
Meer lezen
3 mensen vonden dit nuttig
Vertaal recensie in het Nederlands

Cloggie Downunder
5,0 van 5 sterren Addictive and entertaining Czech-flavoured crime fiction.
29 maart 2019 - Gepubliceerd op Amazon.com
“‘I’ve been talking to our experts on militant nationalist groups.’
‘We have some then?’
‘Militant nationalist groups? Plenty.’
‘I meant experts on them.’
‘A few. But the ones who know a lot do nothing and the ones who do a lot know nothing.’
‘I thought that was true of all branches of government?’”

Field of Death is the fourth book in the Josef Slonský Investigations series by British author, Graham Brack. Slonský hears about the explosion of an old World War Two bomb that kills four men with metal detectors, and assumes he won’t need to get involved. But when pathologist Dr Novak is on the scene in a field near the little town of Holice, he summons Slonský: both he and his blast injuries expert believe this is murder. And a brutal one at that.

One of the victims is Sedlák, a local police lieutenant, yet his colleagues don’t seem to be doing much to solve the case. And when Slonský and Peiperová inspect the scene, they see unusual heavy vehicle tracks in the vicinity. A military expert shares the (apocryphal?) story of the Ghost Battery: Slonský and Lukas worry about who might have access to this military hardware if it is indeed true. Given the ruthless nature of the crimes, Navrátil is none too pleased to be going undercover.

Holice needs replacement staff so Slonský (rather sneakily) sends their own Lieutenant Doležal to stand in for the victim; Doležal, struck by the strange attitude at the police station, is leery of trusting any of them and reports back to Slonský his suspicions about a huge shopping mall development. The Fraud Squad’s Major Klinger gets interested: are the Russians involved? Perhaps the cases are unconnected, but Slonský’s contact in the Security Information Service doesn’t believe in coincidence.

All this against a backdrop of upheaval: Slonský is about to lose Kristýna Peiperová to a role as Personal Assistant for the Director of Criminal Police, just weeks before he himself takes over from Josef Lukas as Captain. This necessitates further, less-than-ideal, staff changes when Jan Navrátil is already miserable to be separated from Peiperová. Slonský struggles with his compulsory Human Resources refresher. And of course, he has to pass his medical…

There may have been readers worried about Slonský’s diet in the first three books; are they now cheering him on as he tries to comply with dietary recommendations, even as they feel a little sorry for him? Surely he won’t keep this torture up once the necessary hurdles have been vaulted! After all, what (or who) could possible induce him to persist with a strict regime of healthy food and exercise?

Brack brings his extensive therapeutic knowledge into play when Slonský accepts some pharmaceutical help with weight loss, but this scene is best not read with a full bladder if readers have continence issues. And, of course, there are plenty more laugh-out-loud moments in the slightly Keystone-cops-esque ride to the climax. The case, of course, is intriguing and Slonský’s team excels in their detective work, their initiative, and their dedication. The cassock, in particular, was an excellent idea.