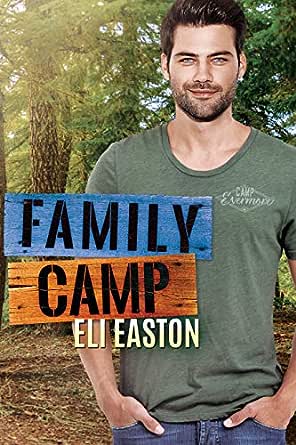 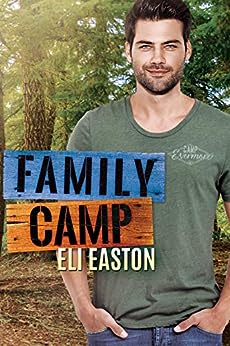 annob129
3,0 van 5 sterren Family centred romance
2 april 2019 - Gepubliceerd op Amazon.com
Geverifieerde aankoop
I liked the premise of this story; a single dad with kids unexpectedly meets someone during a week of family camping.

It started good with an abrupt twist—an innocent misunderstanding threatening to ruin everything before things even got off the ground. Later, about mid point in the story, I was absolutely in awe of the wonderful scene between pro athlete Travis, and kid in foster care Jayden. Such a beautiful open hearted talk they had—Eli Easton at her best.

The other parts of this family oriented story were too fluffy for me. Perhaps influenced by the fact I didn't really like Geo's personality all that much. Let's just say I didn't share his sense of humour. Or because the kids and fellow campers in the story got as much time in the spotlight as the love story. The latter wasn't necessarily a bad thing, just not what I personally wish for in a romance.
Meer lezen
10 mensen vonden dit nuttig
Vertaal recensie in het Nederlands

Bo
5,0 van 5 sterren Sweet Slow Burning Angst
28 april 2019 - Gepubliceerd op Amazon.com
Geverifieerde aankoop
Geo has a number of issues when it comes to schlepping his foster kids off to Family Camp, not the least of which is that as a single gay man he is under added pressure to look compatible for the upcoming adoption process. Then there's the fact that his two kids, 12-year-old Jayden and 5-year-old Lucy are a handful of psychological issues themselves.

Then there is Travis, major league all-star pitcher, member of the family that runs the camp, and deeply closeted.

And it does for a while until Travis (on the cover) starts becoming seriously attracted to Geo after recovering from being castigated by him for misunderstanding an incident which occurred when they first met.

However, if you like kids and men who are gay who loves kids, this one will please you no end.

Looking forward to the next in the series.
Meer lezen
2 mensen vonden dit nuttig
Vertaal recensie in het Nederlands

Gabriella
4,0 van 5 sterren Liked it
12 oktober 2019 - Gepubliceerd op Amazon.com
Geverifieerde aankoop
This book surprised me. You see, I threw in the towel after chapter 2. It was everything I hate about kids. All that screaming and tantrums... they don't even let you think. It was just so frantic.

But it just kept popping up on my feed, so I decided to continue where I left off a month ago.

And somewhere along the way I started liking it. The kids weren't that high maintenance and they weren't screaming. They were actually quite helpful. So if you survive the first 2 chapters, you're good. XD

Geo really surprised me at one point, because when we met him, he was a little...hmm... well, I don't want to say timid, or shy coz he wasn't, I guess he was just more preoccupied with the kids to truly be himself. If that makes sense.
So when he loosened up a little, he became bold. And started flirting with Travis. Though he might have just needed some reassurance that Travis was interested, before he did anything. And he's quite a quirky and dorky guy. I liked him.

Most campers were nice, especially Bridget, a single woman, who at first wanted to hit on Geo, but she was shot down immediately, and drooling all over Travis, but who didn't. And she was cheering them on. I liked her. She wasn't annoying.

I found some of the camp activities really lame. XD I'm totally with Jayden with this. I mean, for kids, it must be awesome, but I couldn't help half-laughing/half-cringing when Travis and Geo started that stupid song and dance. Goood, so awkward. :D (This is just a side note, not criticism.)

I loved how the two men slowly got to know each other in the course of a week. There were lots of lusty looks and sneaking off into the woods to make out. I liked how their love blossomed.

All in all, I'm not sure how I got from dnf to 4 star, but here I am. :)
Meer lezen
Een iemand vond dit nuttig
Vertaal recensie in het Nederlands

Harrison H
5,0 van 5 sterren Great love story that earns its feels
12 april 2019 - Gepubliceerd op Amazon.com
Geverifieerde aankoop
I have to admit that the concept of this book scared me a little bit. I thought Easton might be taking it "easy" with this lighter concept book as opposed to her last few books. Boy, was I wrong! This story works on so many levels- the book is a love story on so many levels, not only for Travis and Geo but with their respective families. As Geo builds a relationship with his foster kids, Jaden and Lucy, Travis reflects on his own adoptive family. And both sets of families are pivotal to the outcome of the story, not merely filler. In the hands of another writer, the story could have been made a bit maudlin and overly sentimental but not Easton. She deftly shows the real struggles of fostering and avoids the trap of depicting the kids as angels. Thus when Geo succeeds in his efforts to bond with his foster kids, the results seem more real having not taken any shortcuts and while emotional, the happy ending here is earned. Bonus points for Easton's subtle (?) commentary on homophobia in professional sports.
Meer lezen
Een iemand vond dit nuttig
Vertaal recensie in het Nederlands

ASavi
4,0 van 5 sterren A Winner From Easton
4 mei 2019 - Gepubliceerd op Amazon.com
Geverifieerde aankoop
I was grateful for Eli Easton's Family Camp , because it put a huge satisfactory smile to my face after I finished.

I LOVED Geo from the get go -- how could I not?!? The moment he appeared on my Kindle screen, trying to soothe his foster daughter throwing tantrum from losing her doll as well as connecting to a moody teenager, without losing any ounce of positivity, Geo stole my heart. It wasn't difficult to see why Travis fell for Geo; Geo's heart was so big and generous.